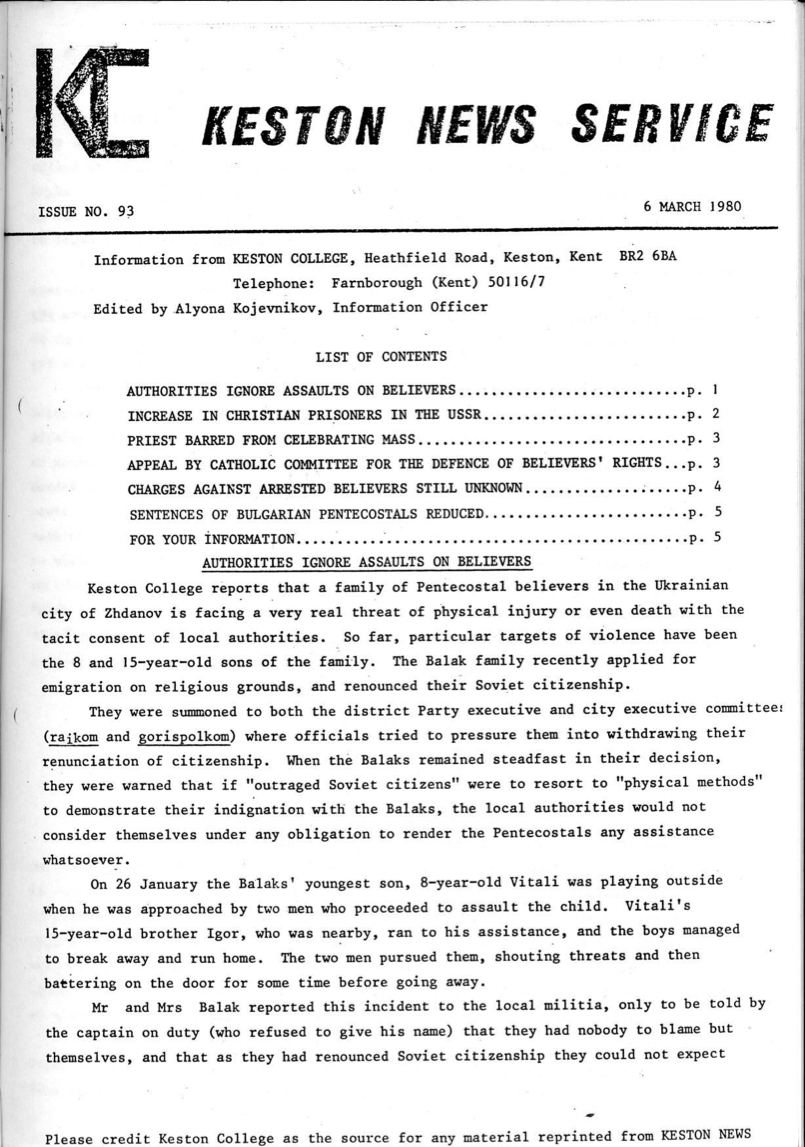 The ninety-third issue of the Keston News Service (KNS) is one example of the kind of information disseminated by the Keston Institute. This particular document details incidents of a Pentecostal Ukrainian family being accosted by local Soviet authorities for applying for emigration and renouncing their Soviet citizenship. The youngest son appeared to have been physically assaulted by two unnamed men, but the family was denied legal recourse on the grounds of their repudiation of the Soviet Union. Although Keston’s reporting on religious life in the Soviet Union was not always explicitly critical, the publication of reports on the conditions of religious life to a Western audience undoubtedly contributed to the public’s perception of the Soviet Union as anti-religious and lacking in human rights. The dissemination of such information via KNS coincided with various human rights campaigns initiated by non-state actors in the West and the Soviet Union, such as the Helsinki Groups. Keston Institute was part of a larger constellation of individual and organizational actors who transnationally supported political and religious dissent in the Soviet Union.