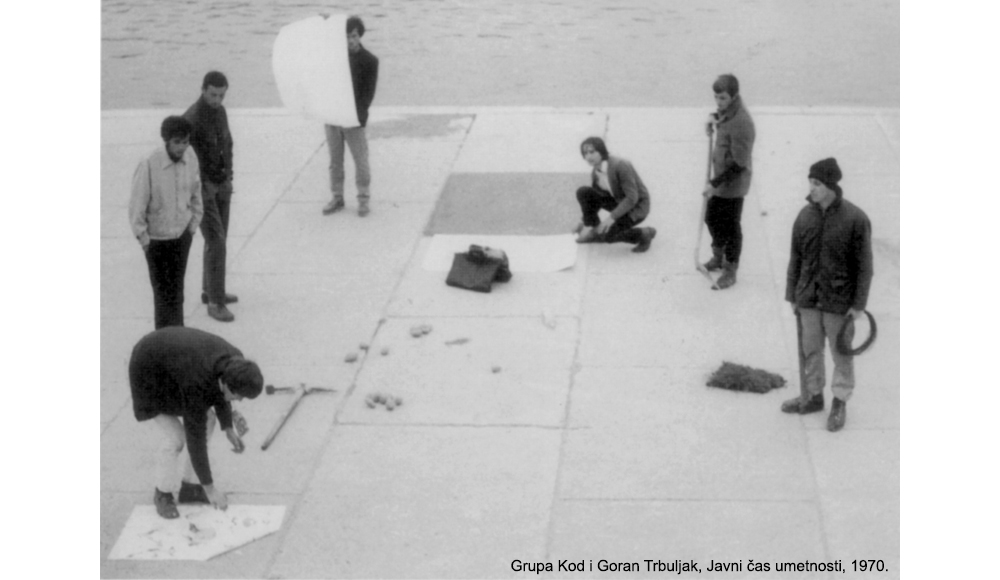 The Public Art Class was a ‘happening’ which was performed on the Danube Quay in Novi Sad on 18 October 1970 by members of local cultural groups: Slobodan Tišma, Mirko Radojičić, Zoran Stojanović, Bogdanka Poznanović, Slavko Bogdanović, Vladimir Mandić, Božidar Mandić and a guest from Zagreb, Goran Trbuljak. Vladimir Mandić and Božidar Mandić painted a 4 square meter piece of public space white, including asphalt, grass, a bench and a garbage bin. They subsequently carried out the intervention in space by filling bottles that were floating on trees along quay with water from the Danube. In the end they placed a long line of newspapers on the river’s surface, letting them float towards Belgrade. (Milenković, 2015, p. 23)