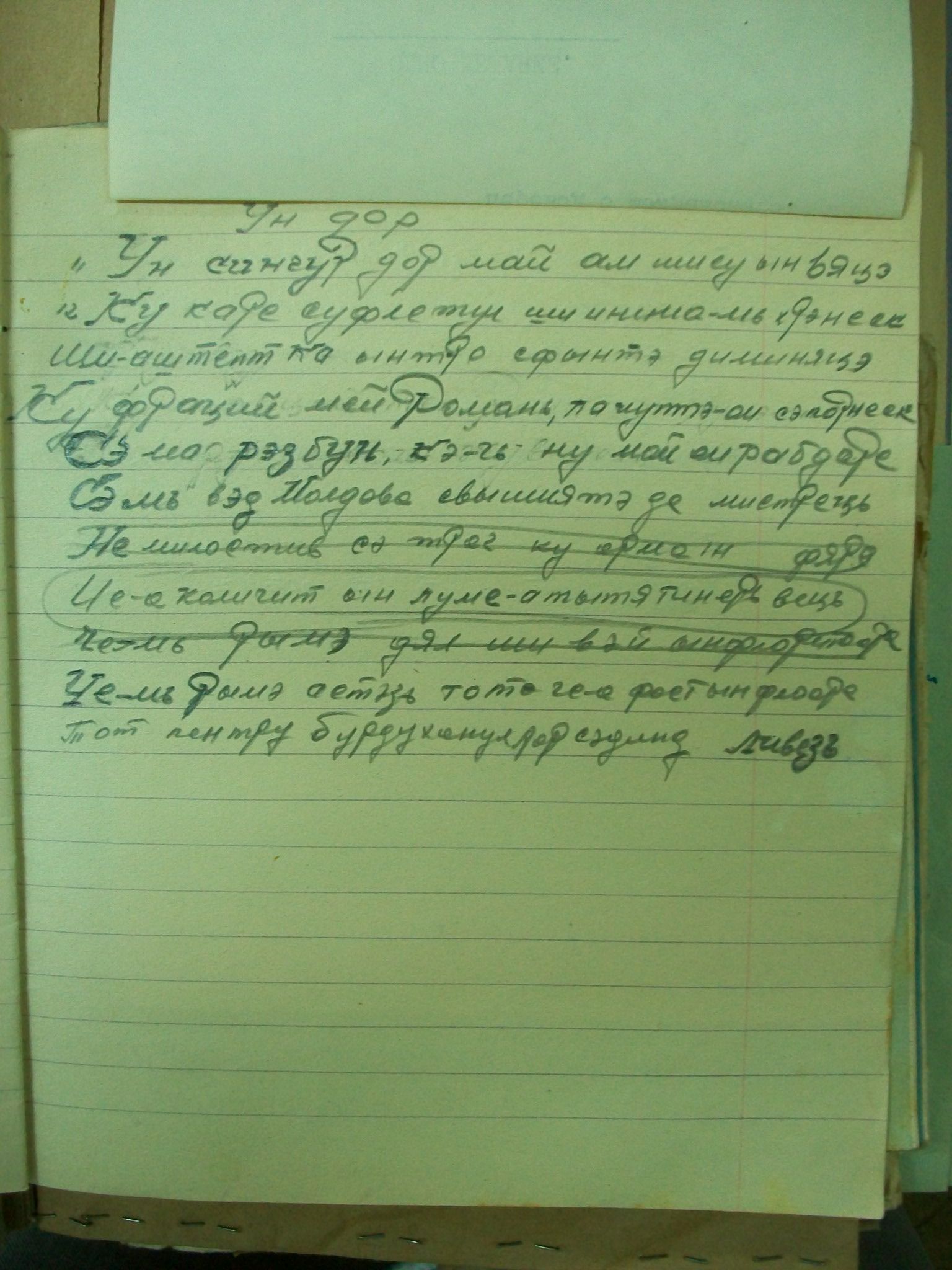 On 18 October 1961, after searching Arsenie Platon’s house, the police and KGB officials in Bălți discovered several notebooks and separate papers that contained various poems written by Platon during the previous several years. This aspiring poet had already published some of his literary productions in local and central periodicals. However, scattered among these texts were around ten poems with clear and occasionally radical anti-Soviet overtones. These poems fell into two broad categories. The first category comprised several texts criticising the social and economic policies of the regime and the chronic shortages of basic consumer goods, contrary to official propaganda (e.g., the short poem Radio, which contrasted the claims to material abundance emphasised by Soviet propaganda with the dire material situation of the ordinary people). The abuses of collective farm managers and the economic discrimination and inequity hidden behind the official façade of equality were additional targets for Platon’s critical acumen (as, for example, in the poem “The Soviet Peasant and the Collective Farm Chairmen” (“Țăranul sovietic și președinții de colhoz”), which mocked the privileges of the latter and extolled the honest but devalued work of the peasants). Some of the other poems (e.g., “Woman is Equal to Man” / “Femeia este egală cu bărbatul”) combined social, economic, and nationally based criticism in a forceful condemnation of the regime, calling for “escape from slavery” and for “burning [the Russian intruders] with fire and flames.” The second category of poems was openly nationalist with a strong anti-Russian thrust, e.g., the poem “A Longing” (“Un dor”), in which the author talked about his dream that he might “rise up, one holy morning, and start the fight / together with my Romanian brothers,/ To get my revenge, for I can no longer bear/ Seeing my Moldavia torn by wild boars.” In several other similar texts, Platon used strong language to refer to the Soviet regime, calling its representatives “red beasts” (fiare roșii) and “accursed butchers” (călăi blestemați). Platon also wrote two drafts of anti-regime proclamations, appealing to his “Bessarabian brothers” – “workers, peasants and intellectuals” – to “combine their forces” into “one single fist” in order to “smite the red beasts.” He also demanded “full freedom” for Moldavia, mentioning the suppression of religion and economic exploitation as the main grievances against the Soviet regime. Platon’s radical language and especially the draft leaflets, which were interpreted by his KGB investigators as highly subversive and potentially dangerous, virtually guaranteed his condemnation for “anti-Soviet propaganda.” The question of Platon’s literary and intellectual sources is particularly interesting. It seems that he was familiar – probably from his primary school years and further reading – with some basic models of classic and interwar Romanian literature, which shaped his vocabulary and references. His literary pursuits probably enhanced his national awareness and provided him with a suitable language to express his discontent with the regime. Although his poems are rather unsophisticated and lack literary value, they provide a fascinating example of an oppositional narrative “from below,” elaborated by a marginal individual seeking literary recognition. The original manuscripts were not destroyed by the KGB staff and are still part of Platon’s case file stored at the SIS Archive.