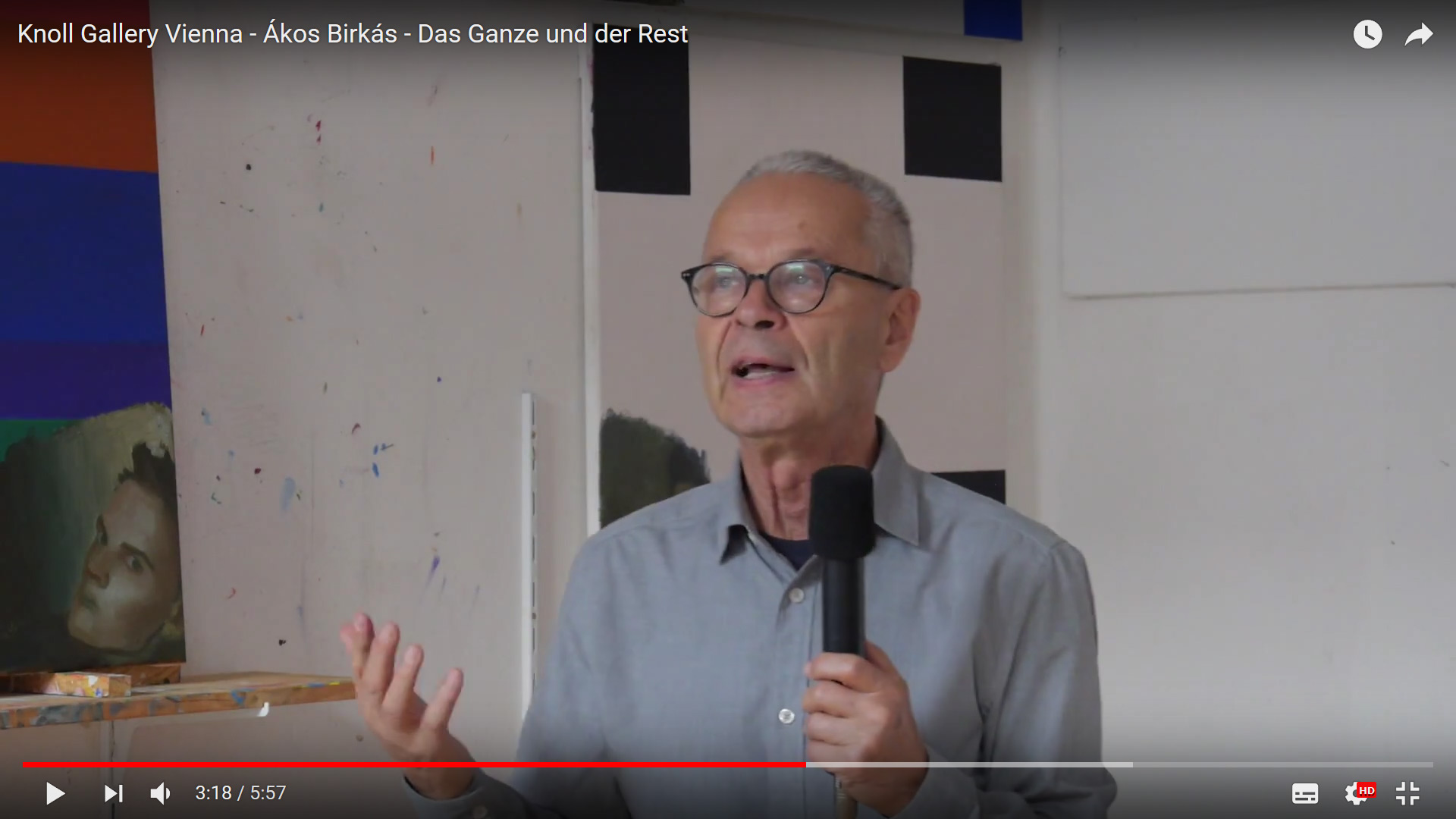 Painter. Studied at the University of Fine Arts, in Géza Fónyi’s class (1959-1965). Later, taught at the Secondary School of Visual Arts (1966-1984). In the early years of his career, he painted portraits, but he later rejected these pictures.

Around the end of the 1960s, he came under the influence of existentialist philosophy. In the 1970s, he was interested in French structuralism. In his art, this led him first to paint hyperrealist pictures and later to make conceptually motivated paintings.

In the middle of the 1970, orienting himself toward the underground scene, he gave up painting and turned toward the medium of photography. He became concerned with the picture as object and role. He was interested in three subjects: the situation of the picture (its relationship to the wall, the frame and, to viewer), the relationship between image and text, and the portrait.

He performed his famous lecture at the Rabinec sttudio at the beginning of the 1980s (Who is the victim? Who is the culprit? and What is to be done?), in which he declared that “avantgarde is dead,” and “we can rethink a lot of things.”

He started to paint again and integrated into the trend of New Painting, framed by “new sensitivity” theoretized and managed by Lóránd Hegyi. He painted gesture-based landscapes at first and then large-scale ellipses, positioned on divided panels.

At the end of the 1990s, he returned to realist painting. In these new pictures, he reflected on the “vital, communicative, amazingly rich, and very problematic photo-based world of images” (amateur, press, commercial, video, television, etc.).