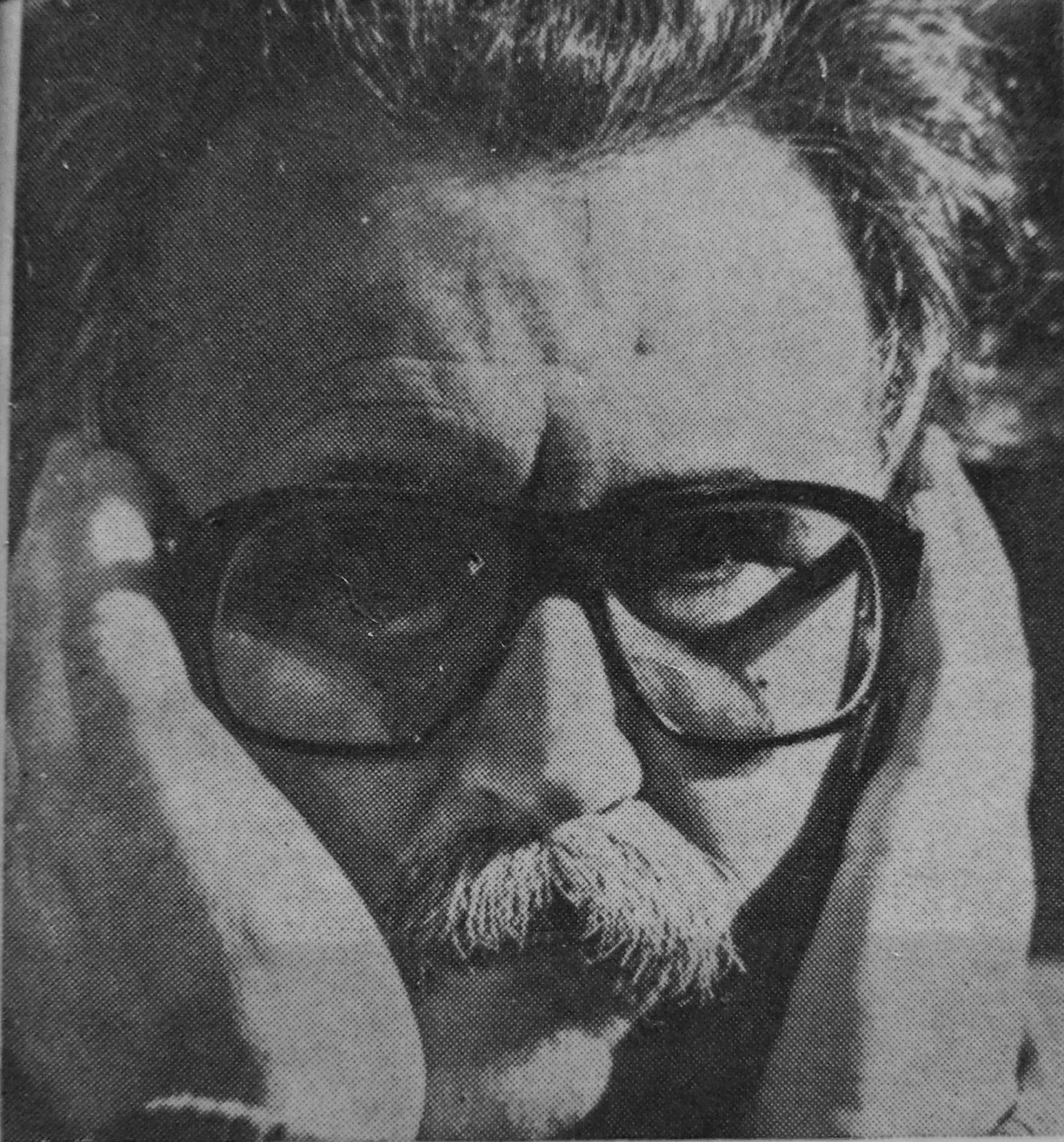 Ivan Aralica was born on 10 September 1930 in Promina near Knin, and attended primary school, or the ‘people's school’ (pučka škola) in Puljani. His family had peasant origins, and his father Filip served as a soldier in the artillery regiment of the Royal Yugoslav Army in Otočac; his mother was a housewife. During World War II, young Aralica joined the Partisan units as a courier at the age of 14, and after the Partisans occupied Knin, he continued his education at the Knin gymnasium. In his second year, his father had to withdraw from the school, because he lost the right to residence in the student dormitory. On the basis of Aralica's family income, the authorities made an evaluation that he was a “kulak's son,” that is, the son of a wealthy peasant, who was a class enemy under the Marxist-Leninist ideology. Obeying his father's will, Aralica enrolled again the first grade of the Electrical Engineering School in Zagreb, where there were no accommodation costs, but was soon expelled for political reasons (inappropriate comments regarding collectivisation). In the aftermath of that incident, Aralica's father let the young boy to enrol the Teacher Training School in Knin (also known as the ‘Preparandija’), where he graduated in 1953.

After that, Aralica worked as a teacher in various Dalmatian villages and simultaneously studied the South Slavic languages and literature at the newly established Faculty of Philosophy in Zadar. He was the first student to receive a B.A. degree at this Faculty in 1961, and due to his merits he was immediately offered a position to head the Teacher Training School in Zadar (in 1965 renamed the Pedagogy Gymnasium). Aralica joined the Communist Party in 1951, finding membership a necessity for any kind of political engagement: “And the centre of all political power, from the top to the lowest cell of society, to companies, schools, local districts and tenant councils, was in the party organisations“ (Aralica, Slobodna Dalmacija, 14 April 1992).

Aralica himself emphasises the year 1966 as a breaking point in his political career and ascent within the party. At that time Aleksandar Ranković, the vice-president of Yugoslavia and head of State Security, was removed from office after “the surveillance affair ” involving Josip Broz Tito, and he was politically condemned at the Fourth Plenary Session of the League of Communists of Yugoslavia (LCY) held at Brijuni on 1-2 July 1966. According to Aralica, this event, accompanied by economic reforms and “the universal liberalisation of society,” resulted in the so-called “rotation of cadres,” that is, in the succession of a new generation to the leading political positions. This brought benefits to educated individuals such as himself, and prompted him to become politically active in the Communal Conference of the League of Communists (LCC) of Croatia in Zadar (Aralica 2014, 125).

Moreover, from 1969 to 1972, Aralica was a representative in the Parliament of the Socialist Republic of Croatia (Department of Culture), and in 1970 he was elected for the second time as the vice-president of the Communal Conference of the LCC in Zadar. Simultaneously, he held the post of president of the Zadar branch of Matica hrvatska (the Croatian literary-cultural foundation), and for a time he worked as the editor-in-chief of the journal Zadarska revija  (Nos. 3-5/71). After the crackdown on the Croatian Spring in December 1971, in which he was particularly active at the local level, Aralica was expelled from the LCC (in the purge process called “differentiation”), forced to resign from his post as head of the Pedagogy Gymnasium, but due to his good connections in Zagreb he continued to work as a teacher. In the period known as the “Croatian silence,” he completely withdrew from political and public life and devoted himself to literary work. After the fall of communism and the introduction of the multi-party system in 1990, he returned into politics as a supporter of the Croatian Democratic Union (HDZ) and Franjo Tuđman. In the elections of 1993, he became a member of the Croatian Parliament and the vice-president of the Chamber of Counties (Županijski dom) until 2000. Aralica has been a full member of the Croatian Academy of Sciences and Arts (HAZU) since 1992 and he is the winner of many literary awards.

Aralica admits that his literary work is intrinsically related to his own life experience and the real world around him. In his novels and stories, he dealt with historical topics as well as post-war social changes and the existential dramas of the marginal people from the Dalmatian hinterland. Literary historian Velimir Visković emphasises that Aralica was already in the 1960s writing strikingly critical stories “in which he analyses the modes of dogmatic consciousness, the hypocrisy that results from the domination of such a consciousness, and warped ethical norms; the old moral code had been destroyed, and a new one had not been constructed yet“ (Visković 1987, 7). Visković thinks that Aralica was among the very few writers in at end of the 1960s and early 1970s who was interested in social changes and the realm of “everyday problems“ alongside the problems of collective and individual morality. According to Krešimir Nemec, a certain amount of courage was required to deal with topics such as “deviant processes in the socialist political system, the breakdown of traditional morality, the decay of villages.” Nevertheless, such a socially critical fiction with a strongly manifested morality did not arouse great interest among the public, unlike Aralica's historiographical fiction dealing with “big themes”  such as the “irrationality of power, the relationship between ideology and power, the art of ruling, national identity, heroism and the individual and collective ethos, the clash of religions, cultures and civilisations, etc.” (Nemec, 2010, 367-8).

After having himself experienced the removal from political life in 1972, Aralica's main literary interest became the relationship between the authorities and the individual, which is visible in his first popular novel, Psi u trgovištu (Dogs in the Market Place), where he presented the reign of Josip Broz Tito incarnated in the character of Suleiman the Magnificent as a person who stops at nothing to keep the title of ruler. “Do you think that I would have ever written ‘Dogs in the Market Place’ if I had not participated in the Croatian Spring [...]?” Aralica asked in an interview from 2004 (Aralica 2004). Thereafter, in the 1980s Aralica wrote a series of successful novels (Put bez sna [A Journey Without Dreams], 1982; Duše robova [The Souls of Slaves], 1984; Graditelj svratišta [The Builder of an Inn], 1986; Okvir za mržnju [A Framework for Hatred], 1987; Asmodejev šal [The Shawl  of Asmodeus], 1988; Tajna sarmatskog šala [The Secret of the Sarmatian Eagle], 1989) and avoided directly political topics that could irritate representatives of the communist regime. Nevertheless, he was dragged into several scandals, which have been described in the current ad hoc collections. Visković has noted that publicity garnered through these dogmatic attacks, which were not directed so much against Aralica's literary output as against his political image and his participation in the Croatian Spring undoubtedly contributed to the rise of public interest in his works (Visković 1987, 10).

After Croatia became independent, Aralica's novels and stories became markedly patriotic, beginning with his preoccupation with the Homeland War (Gdje pijevac ne pjeva [Where the Cockerel Does Not Sing], 1996), with taboo topics such as Bleiberg (Četverored [A File of Four], 1997), and with the romans à clef   (Ambra [Ambergris], 2001; Fukara [Rabble], 2002), in which he confronted his political opponents. Aralica compiled his political-publicist texts from newspapers and journals in several books (Zadah ocvalog imperija [The Miasma of a Withered Empire], 1991; Sokak triju ruža [The Street of Three Roses], 1992; Spletanje i raspletanje čvorova [Tying and Unravelling Knots], 1993; Što sam rekao o Bosni [What I Said About Bosnia], 1995, etc.). In them, Aralica polemically analysed topics such as Serbian imperialism, the making of the independent Croatian state, the relationship between the nation-state and culture and why multiethnic states are condemned to collapse.

A frequent topic in Aralica's works is the destructive effect of Party dogma combined with human misdeeds on individuals (The Dwarf, A Framework for Hatred) (Pešorda 2016, 149). In the novel Anastazija: oluje u tihom ozračju [Anastasia: Storms in a Tranquil Atmosphere] (1967, 20162), in the form of a dialogue similar to philosophical narratives, Aralica describes the way a closed, dogmatic mind, subordinated to the Party, thinks (incarnated in Anastasia Rubić). Through this female character, Aralica portrayed the post-revolutionary, milder character of the Party itself, which changed its mode of operation, but not its true nature (Pešorda 2016, 155). At the launch of this book, Aralica declared that Croatian literature had left communism untreated. “This is why I today write about this communism, because its models appear in everyday life,” he stressed. According to Nedjeljko Mihanović, Aralica was the first Croatian author who critically questioned the communist legacy in the novel A Framework for Hatred (Mihanović 2007, 228). However, in his assessment of the communist ideology, Aralica made the clearest point in his political essays Mentalni komunist [The Mental Communist] (2012) and Smrad trulih lešina [The Stench of Rotten Corpses] (2014), in which he takes aim at his political opponents. Even in his advanced age, Aralica continues to publish novels, the latest of which is Farrell, launched at the book fair Interliber in November 2017.

Aralica considers himself as opposition activist and communist dissident. In his words, although formally a party member, he did not share the worldview of his comrades. By referring to the Latin meaning of the word dissident (from dis-sedeo, to sit apart), he said during the interview: “I was sitting with them at the same table, but I was not one of them, I was not a sincere communist!“ (Interview with Aralica, Ivan).