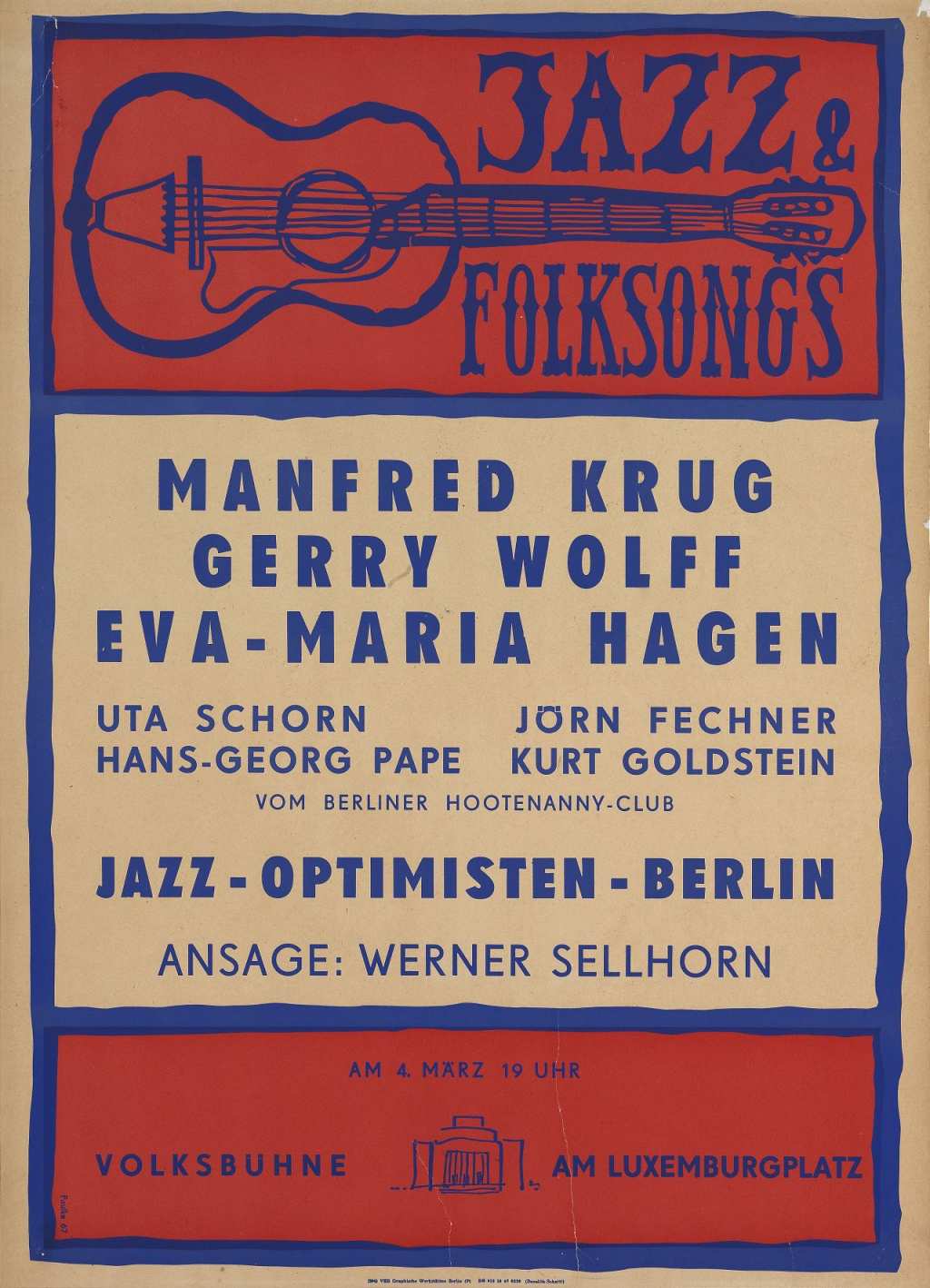 In the middle of the SED campaign against Anglicisms, the popular regular event “Jazz-Lyric-Prose” was scheduled again on the Berliner Volksbühne. It as now specifically billed as an evening of “Jazz & Folk-songs” with well-known artists like Manfred Krug, Werner Sellhorn, Eva-Maria Hagen, and Gerry Wolf. After this announcement, angry culture officials demanded to re-do the whole programme within a week. And, in fact, on March 4th, 1967, the “Come and Sing”-event took place with performances of traditional battle songs by, among others, the Erich-Weinert-Choir of the National Army. The campaign also resulted in the Hootenanny-club being renamed Oktoberklub and becoming the flagship of the FDJ-song movement.