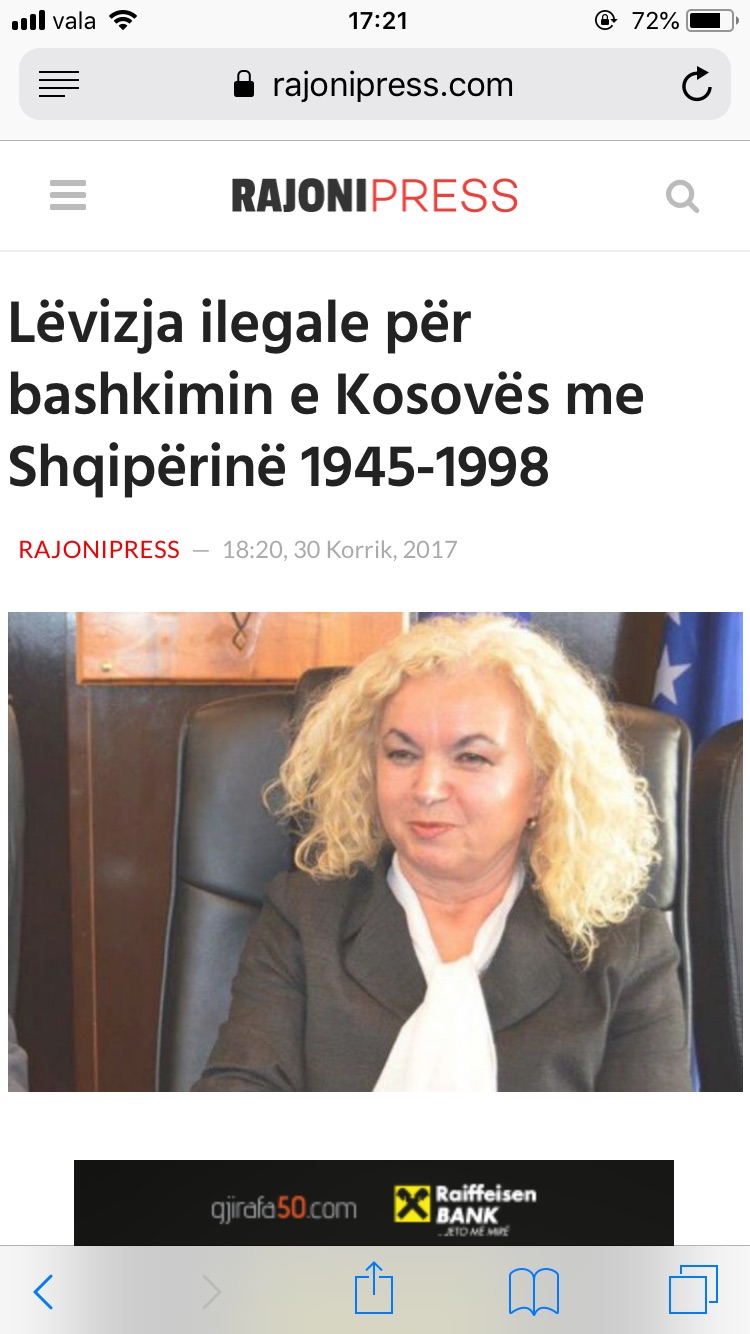 Sabile Keçmezi-Basha explains the founding and development of illegal groups (1945–1990s). This article was chosen because it highlights some of the illegal groups’ main activities and their ideological orientation at different time periods.

The author explains how the political opinions and activities of Albanians in Kosovo did not develop freely, do to their political and legal status, their unfavorable economic, educational, and cultural situation, and repression from the Republic of Serbia and the Communist League of Yugoslavia, which did not accept alternative political ideas. As a consequence, political activity that sought an independent Kosovo or that called for its unification with Albania was only undertaken illegally.