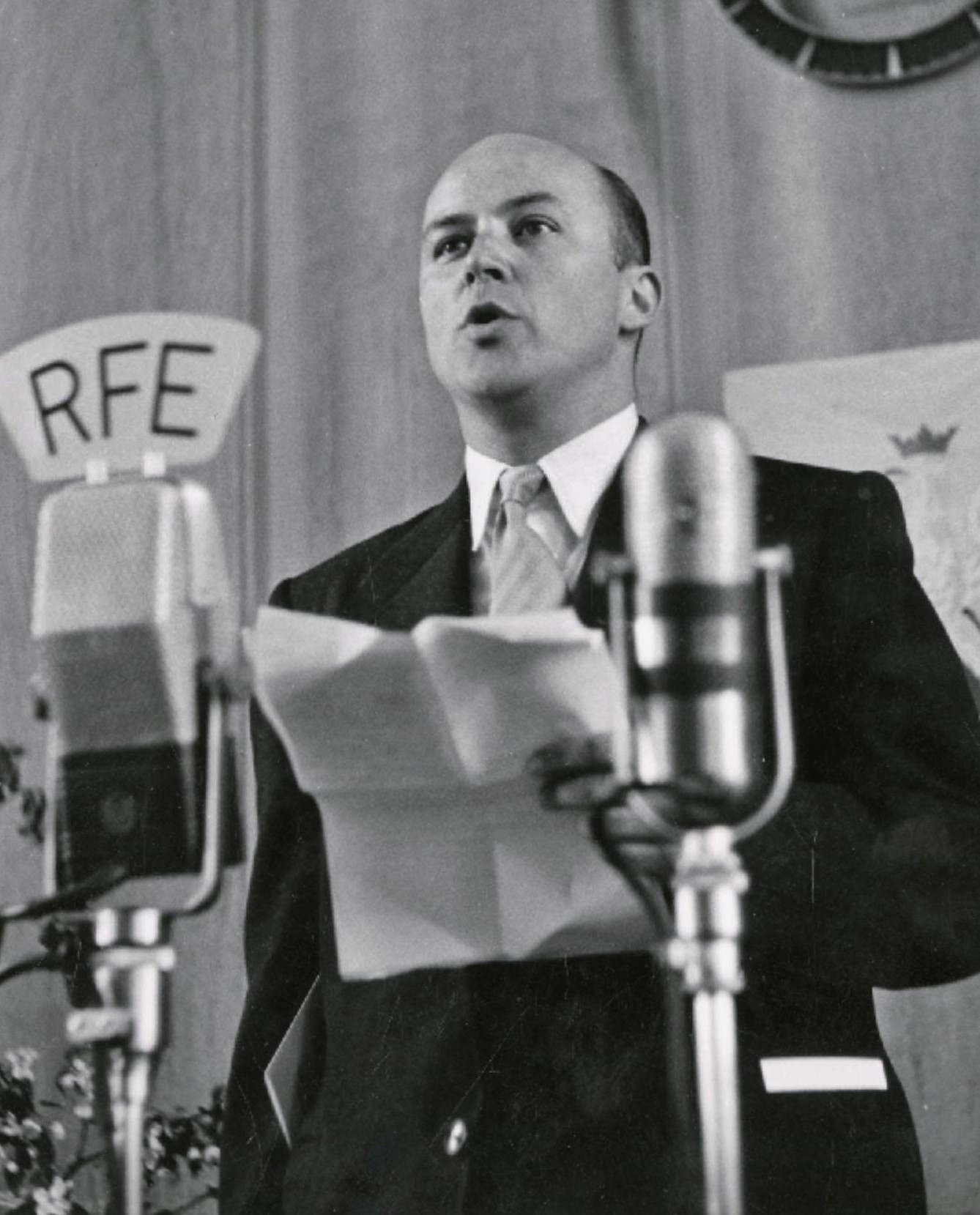 Jan Nowak-Jeziorański is one of the most important figures in Polish post-War history-  as a symbol of relentlessness, patriotism and opposition, both to Nazi and communist regimes. During World War II he served in Home Army (Armia Krajowa; Polish resistance movement and a structure independent from the Nazi state, Polish). He transmitted information between the Polish government in exile in London and the Home Army in Poland. After the war he created the Polish Section of Radio Free Europe and advised to the US presidents (Reagan and Carter) throughout the Cold War period.