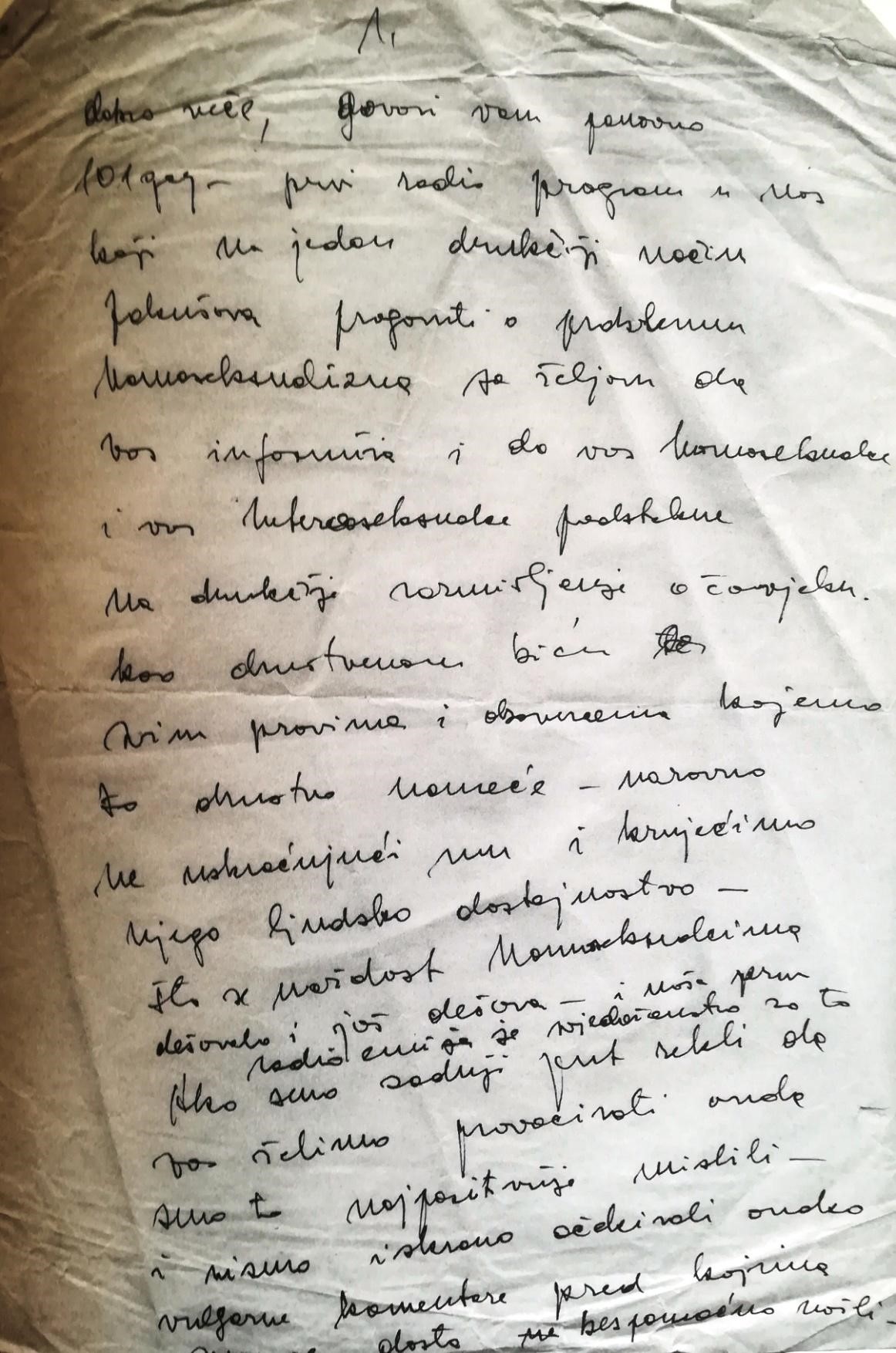 “Frigidna utičnica” [The Frigid Socket] was the first and only radio show dedicated to homosexuality in socialist Yugoslavia. The show, created and hosted by Croatian journalist Toni Marošević, was first aired in the spring of 1984 on Zagreb’s Omladinski radio [Youth Radio, later Radio 101], which in the 1980s was known for stepping out of the official boundaries of socialist journalism. Homosexuality in Yugoslavia was socially mostly unacceptable, almost invisible in the media, and negatively perceived both by most of the population and the ruling Communist Party. Even if it appeared in newspapers and magazines, the topic of homosexuality was usually presented with pity or ridicule (Kuhar 2003). Marošević conceived of “Frigidna utičnica” [The Frigid Socket] as a relaxed, humorous, but also very direct and provocative show, with a simultaneously strong educational component (Bosanac 2013). The first show sparked huge interest and dozens of listener phone calls and comments were aired live. Some were very aggressive, even vulgar, while some expressed support and approval. Also, some negative reviews appeared in the daily press (Tomeković 1984). Even though Marošević was not personally subjected to any sort of pressure from the communist authorities, due to the public controversy the show sparked, the broadcast was cancelled after the fourth week (Dobrović and Bosanac 2007, 233-236). Marošević entrusted his personal bequest to Domino (now part of the History of Homosexuality in Croatia Collection), together with a handwritten note for one of the “Frigidna utičnica” [The Frigid Socket] broadcasts from 1984.