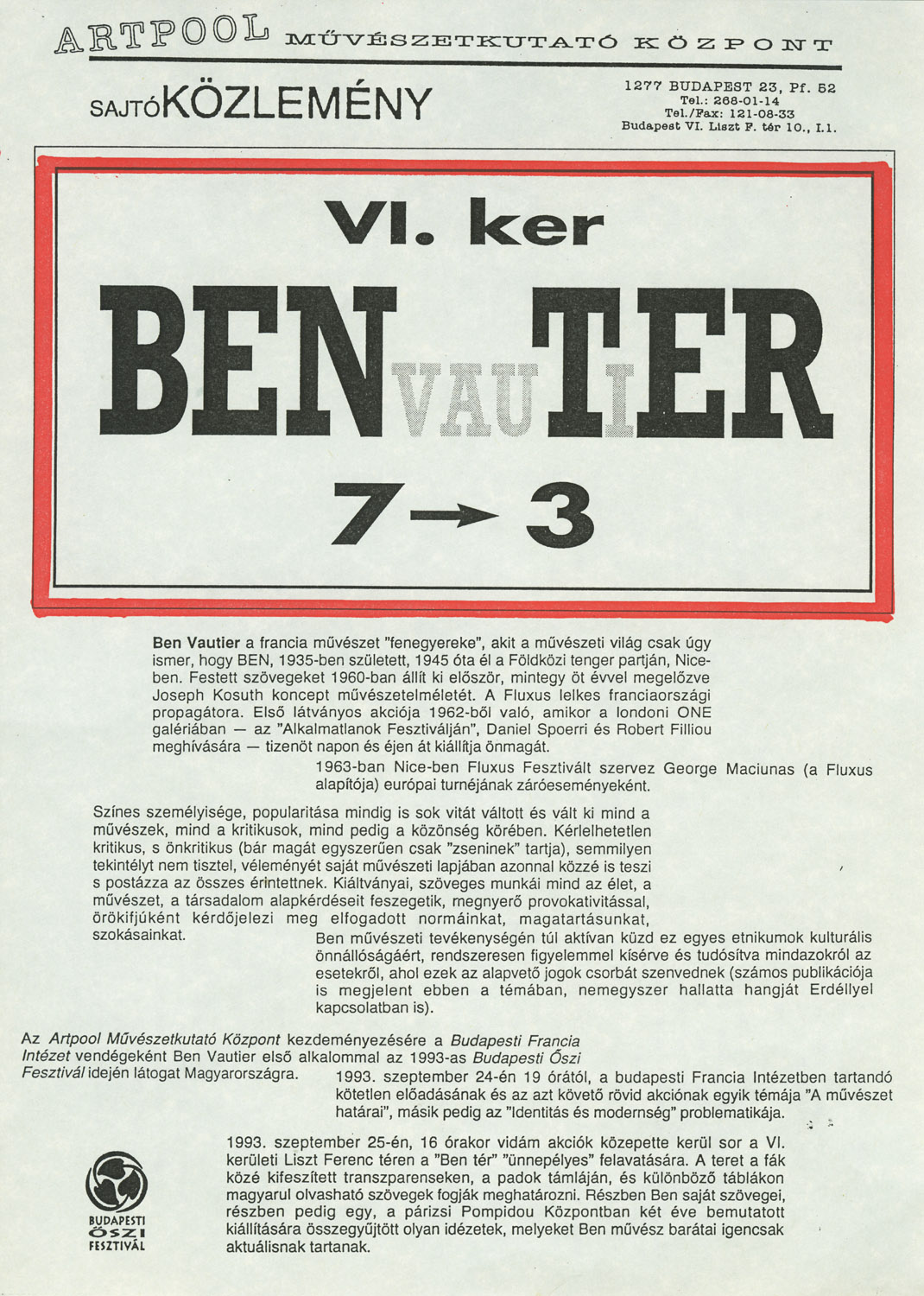 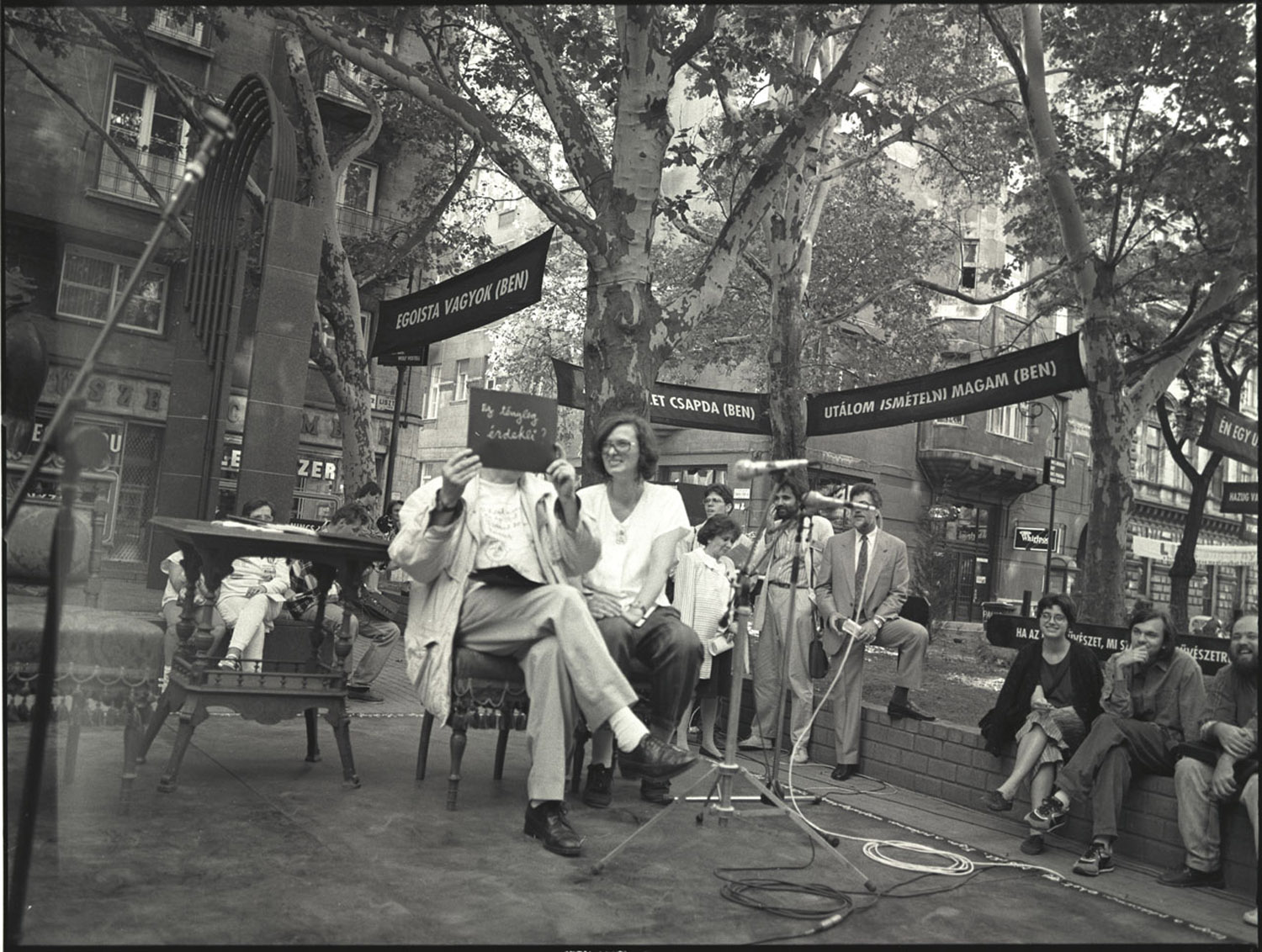 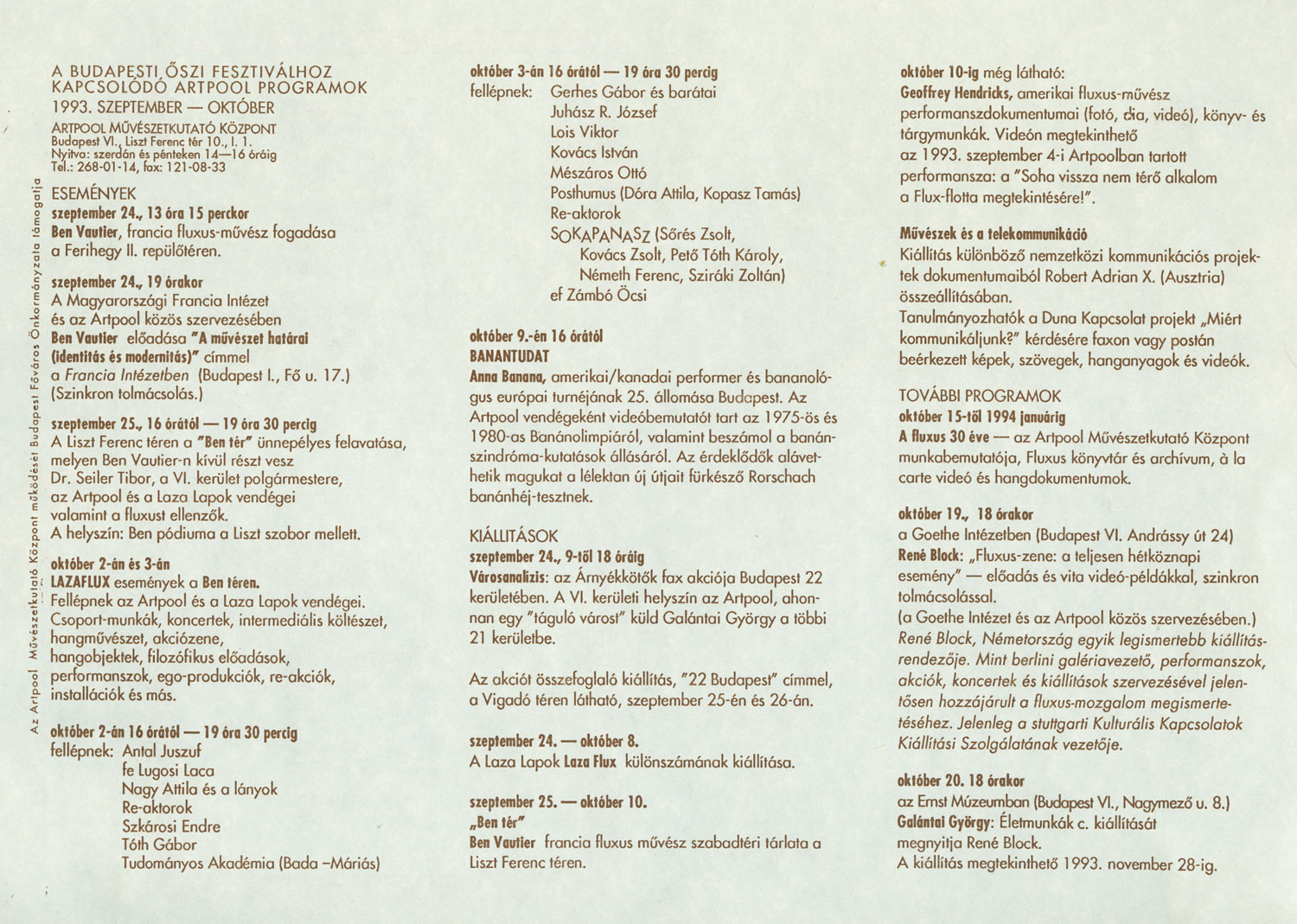 Ben Vautier and György Galántai presented their common project BEN (vauTiER) TÉR within the framework of the Budapest Autumn Festival in September 1993. Vautier visited Budapest at the invitation of Artpool. The title and the basic idea of the exhibition came from the common practices used by the movement of Fluxus, such as word-collage (Georges Maciunas) and letter-exchange (Ray Johnson). Through the project, the Liszt Ferenc square as the location of Artpool Art Research Center turned into “Ben tér” (Ben square) for the time of the event. On giant banners among the trees and on the backrests of the benches, Hungarian translations of statements by Vautier could be read. The artist’s inscriptions appeared on “Ben's podium,” which was set up for the project. The inauguration started with Vautier’s action Tout, rien et n’importe quoi (All, Nothing and Anything). Through the day-long project, the podium and the square turned into the site of several spontaneous Fluxus actions and performances with the participation of the audience through singing, dancing, and discussion. The assistants of the spontaneous event were Júlia Klaniczay and Gábor Tóth. Additional participants included Jonas Mekas, Antal Juszuf, the “Yugoslavian Scholars.”
http://www.artpool.hu/1993/930925_e.html