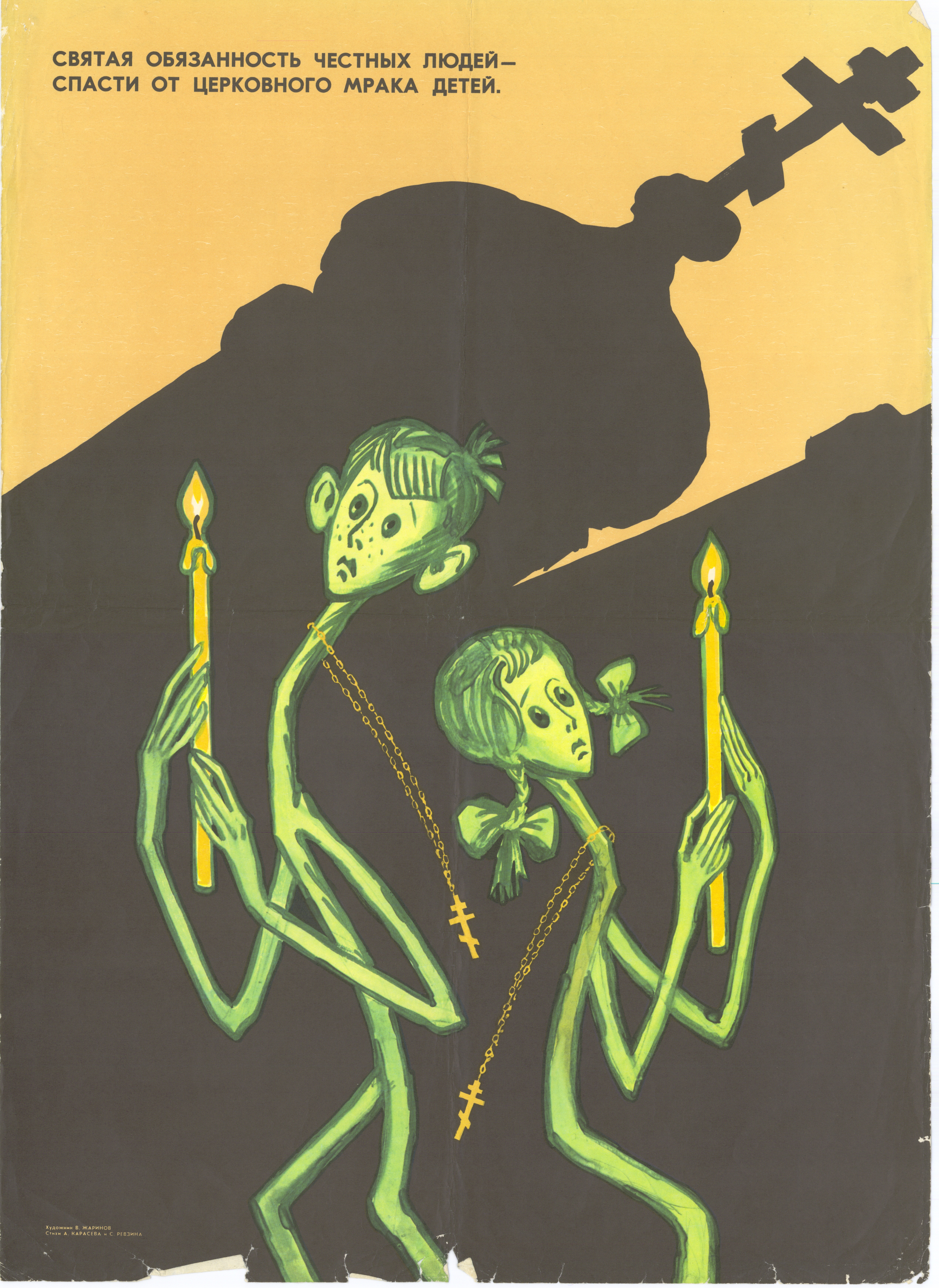 Keston has 69 anti-religious and political propaganda posters, though it remains unknown how the Keston Institute acquired them. Archivist Larisa Seago deduces that they likely came from different sources over time. The poster featured here was created by V. Zharinov in 1977, as part of the set “Razum protiv religii” (or “Together Against Religion”). 40,000 copies were printed. A. Karasev and S. Rezin were the authors of the rhyme used in the image: “Honest people’s sacred duty is to save children from the church’s darkness.” This poster is a reminder of the Soviet state’s foundational atheism and efforts well into the 1970s to dissuade and discourage the life and work of faith communities throughout the USSR.