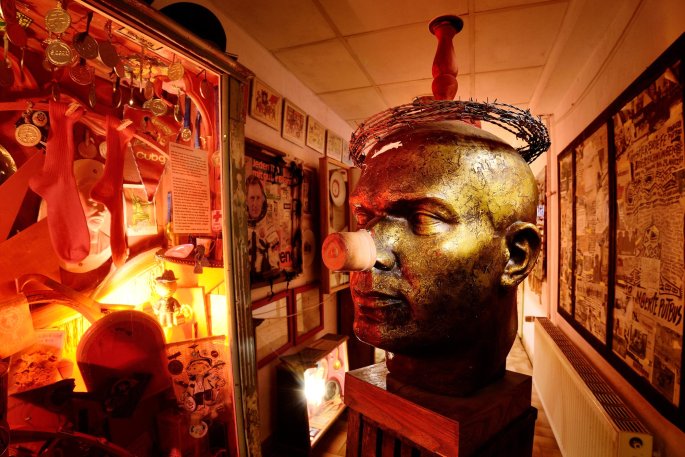 The installation, previously known as Vittoriale of the East Germans (das Vittoriale der Ostdeutschen), critically addresses GDR period captured in German museums that thematized socialism after 1990. In the same token, it critiques the writing of history in post-reunification Germany.

The installation was created by Richard von Gigantikow in 1990 and it includes objects created and collected before 1989. The largest share of the objects included in the installation were collected in 1990 from the vacant Central Committee of the FDJ (Free German Youth – the once official youth movement of the GDR) located at Unter den Linden in Berlin. A great part of this collection includes devotional objects of socialism, such as the GDR flag and statues, which have been recontextualised by the artist.