Anonymus. Dixi at the terrace of Restaurant Kárpátia, 1969. Photo 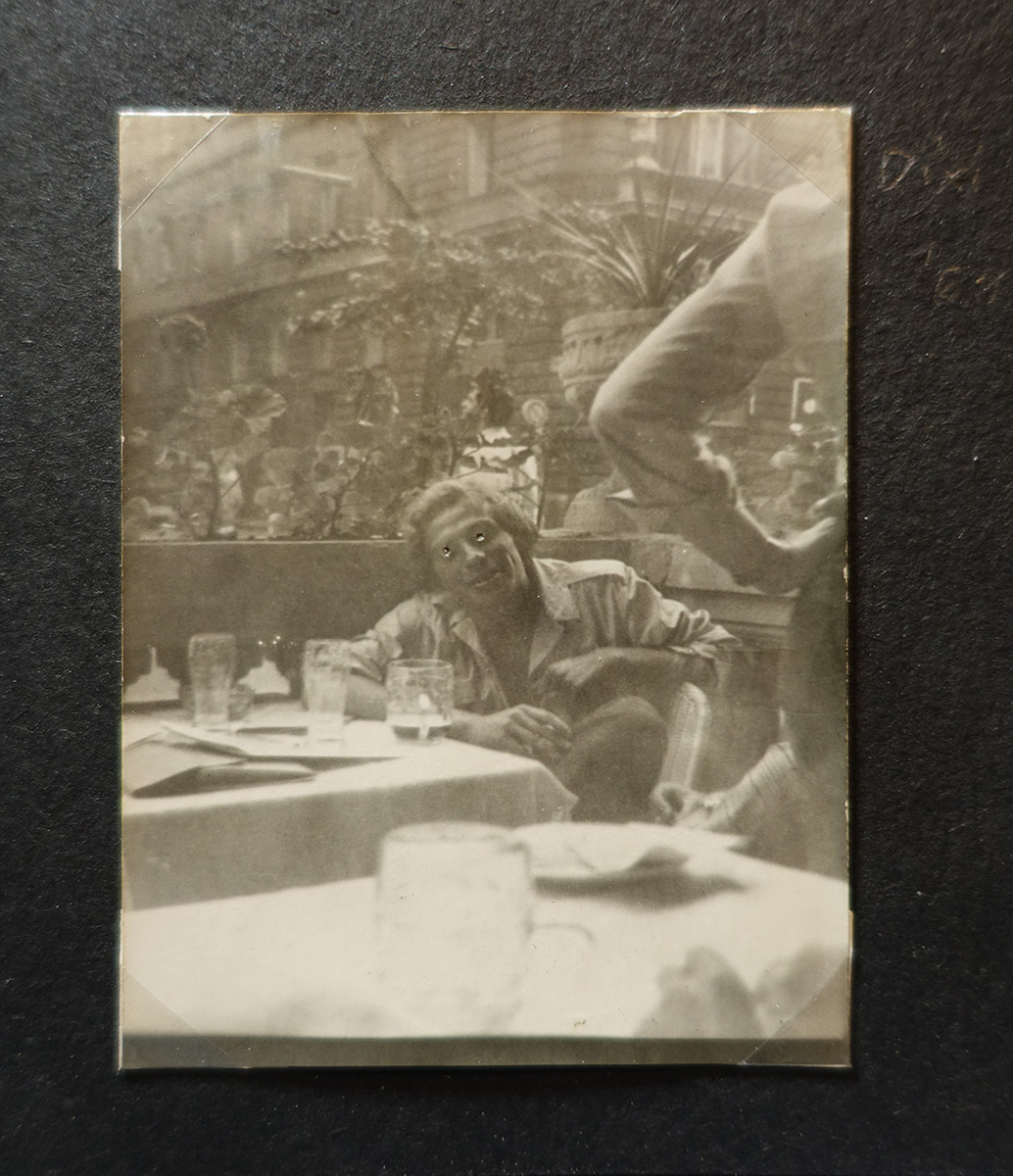 János Gémes (“Dixi”), the poet. Here he is in live speech, constantly provoking situations around him, like it is depicted in the photo, on the terrace of the Kárpátia restaurant, most probably in 1969. Dixi was a well-known, ubiquitous persona of the Budapest nightlife for decades.

He delivered endless monologues, orated in an associative manner, creating connections between the beginning and the end of a sentence with word play, twirling a few times the texture. He was a baffling personality, often grandiose, many times provocative, sometimes aggressive. He saw through people and never cared about the consequences.

The author of the photo is unknown. It is probably cut out from a larger photograph, as the edge is jagged. The most interesting feature of the photograph is that someone pegged out the eye of the protagonist with a needle. According to Zuzu this gesture is feminine.

Gábor Bódy introduced Dixi to Zuzu in 1971. At that time Dixi lived temporarily across the street from Zuzu at a guy’s apartment who was in the business of tailoring blue jeans—a hot, rare commodity at that time. He was a habitué at the Kárpátia, and people favored his company. He usually sat on the terrace, close to the entrance, from where it was possible to look into the restaurant as well as onto the street. He was older than them (they were still in high school, Bódy a university student).

Many students, artists, writers, poets, and musicians were hanging out at Kárpátia in those times, practically forming a regular audience. Zuzu, together with his friend Gomba (Erzsébet Gombás, one of the main characters of the film The Third by Gábor Bódy), went there often after school. This photo has preserved the familiar setting.

The figure of Dixi (1943–2002) is preserved in some photos and stories, appearances in six feature films, and a few videos and music recordings. Together with Zuzu they impersonated the characters Antoine and Désiré on the record cover of Tamás Cseh. He also provided inspiration for Géza Bereményi as one of the main protagonists of the novel Baby Vadnai.