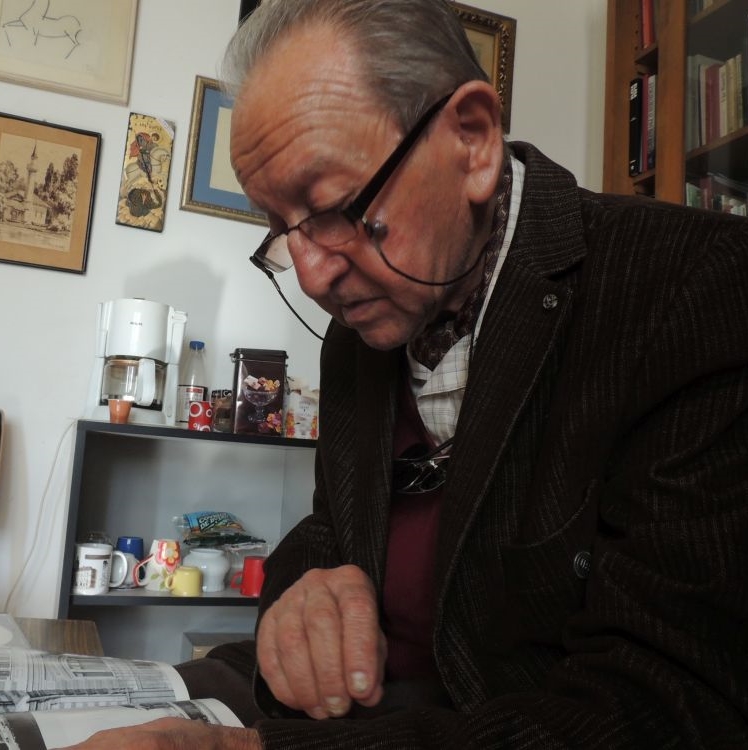 Alexandru Barnea (b. 1944, Bucharest) is a university professor specialising in ancient history and archaeology, in particular the Roman and Byzantine periods. Between 1996 and 2004, he held for two mandates the position of Dean of the Faculty of History of the University of Bucharest. He has also served as Head of the Department of Ancient History, Archaeology, and Art History within the same Faculty of History. He has carried out and coordinated archaeological excavations at some of the most important sites in Romania. He has authored, co-authored, or contributed to over 100 volumes of studies in his field, and has participated in over fifty national and international colloquia and conferences.

Having had a passion for photography since he was a young child, he is the author of several thousand photographs, covering a wide range of themes. One of the areas covered by Alexandru Barnea’s photographic passion is the recovery of the recent history of Romania, with a focus on the project of demolition of the centre of the City of Bucharest in order to rebuild it in accordance with the demands of the communist architectonic vision. His activity of immortalising on slides images of a Bucharest about to disappear is described by Alexandru Barnea without any kind of emphasis, without attempting retrospectively to lay claim to merits that he considers undeserved, although there were very few who dared to embark on something that involved risks: “It was not in fact, insuperably difficult to take photographs. Almost everything I have in my photos was taken from the hill side of the area. It’s probably for that reason that I got in reach of them. In fact they were only guarded at a distance and with minimal personnel. Anyone who was seen could be stopped for questioning and the film could be pulled out of their camera, but that probably only happened at the more important sites – as was the case of the Sfânta Vineri area, where there were also protests. As far as I was concerned, I never had an experience of that sort, but I know friends who got asked what they were doing with the photographs and why they were taking them. There was just one personal experience that didn’t fit the pattern: the case of Văcăreşti [monastery]. They wouldn’t let me in there, into the immediate vicinity, but I have a photo of the site all the same – the man who was guarding it took the photograph for me. The greater part was already demolished and they were working, in a great hurry, on the foundations. The foundations were made from perfectly preserved bricks. As I said, I have a slide of that site – but it’s not completely my own work. I enjoyed, so to speak, a little complicity on the part of the man who was on guard duty in the area at the time. In fact there was another delicate moment: in 1986, when I took photographs in the area from which the House of the People could be seen, and when I was a little afraid. Elsewhere there were soldiers guarding the perimeter – but far fewer. As a rule, it wasn’t visible, they weren’t ostentatious; the guarding was done much more discreetly.”

Alexandru Barnea was a member of the Romanian Communist Party. He does not hide this, but tries to explain the significance of this institutional belonging to something that had become a mass organisation and had come to include almost four million members by 1989. “A radical opponent I could not be. It was risky. I was a party member, without having any particular activity along that line. I decided to become a party member on the advice of a good friend, for pragmatic reasons, because in that way I could advance in the university system. So, there was no way I could be a dissident and I was not one. I was somewhere on the edge of the system, and didn’t stand out very much either one way or the other. I could see what was happening, I could see that it was bad, that what the people of the regime were doing was harmful, and my photographs are a manner of speaking about the truth of that period,” he says, summing up the that attitude that he had towards the communist regime. On the one hand, belonging to the RCP had become a necessity for people in the university system, because enrolment for a doctorate was practically conditional on accepting this step. On the other hand, belonging to the RCP no longer brought any kind of advantages now that it was no longer an elitist organisation but a mass one, but remaining outside the formal framework of the Party was a disadvantage in any career, because all promotions were made in the first place on political criteria and only after that on professional criteria.