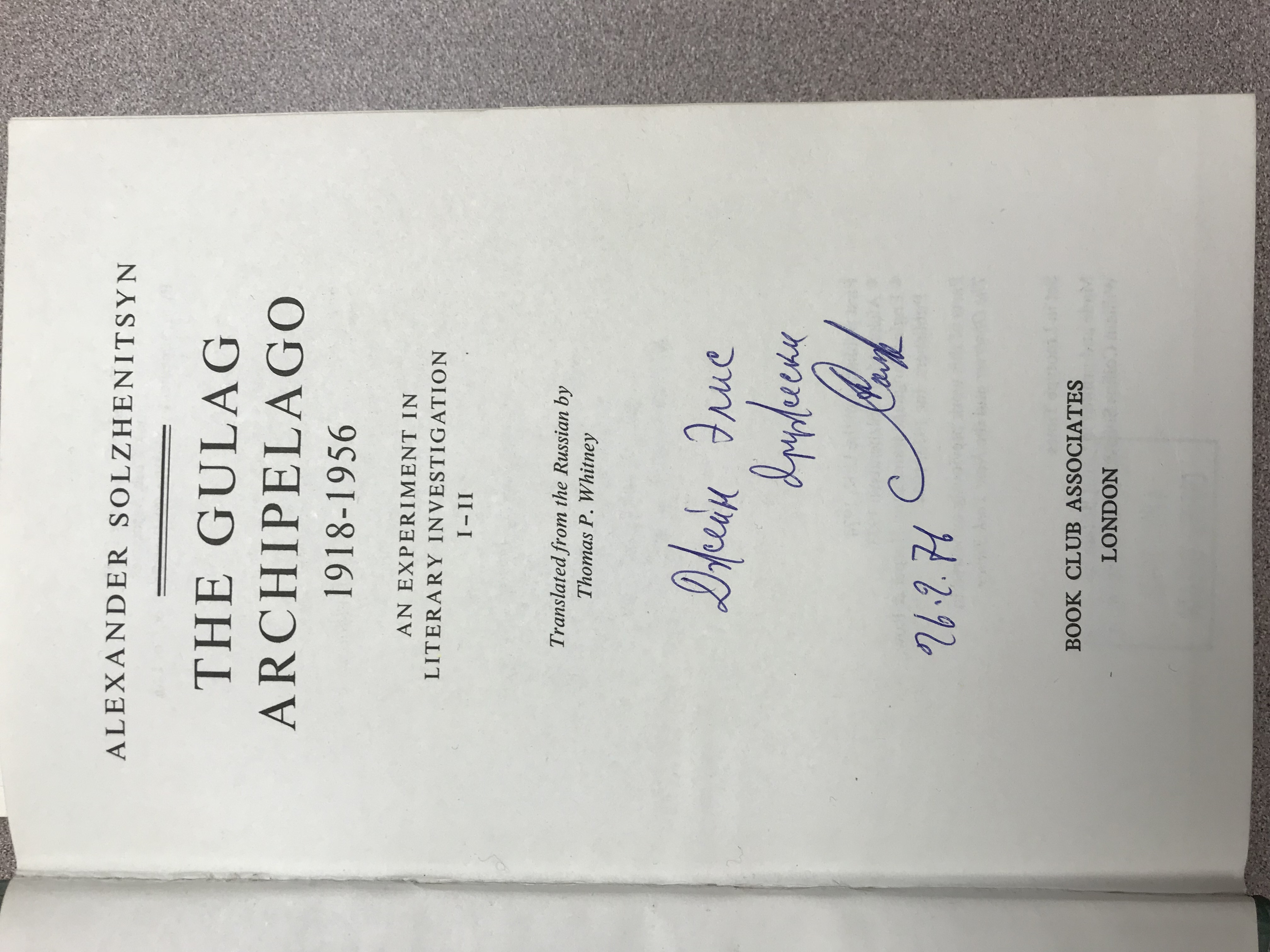 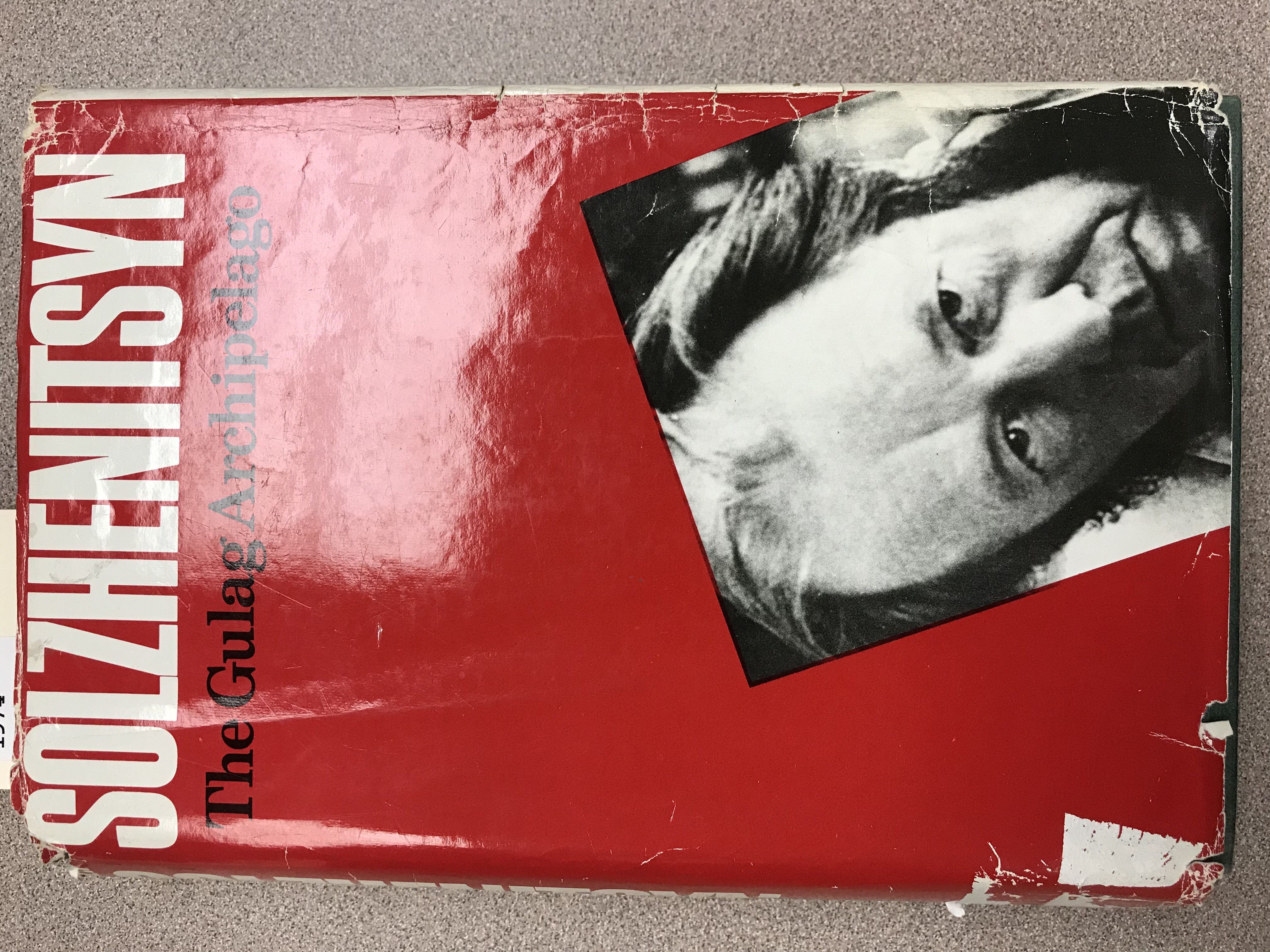 Professor Kathy Hillman highlighted autographed volumes by Alexander Solzhenitsyn as rare items in the Keston Collection. They require special handling and are not digitized. The publication is the 1974 London Book Club Associates edition translated from the Russian by Thomas P. Whitney. Aleksandr Solzhenitsyn personally inscribed the book to Jane Ellis on February 26, 1976. Ms. Ellis worked for the Keston Institute for nearly 20 years, serving on the editorial board of Keston’s journal Religion in Communist Lands (later titled Religion, State & Society), including 5 years as editor. She also founded Aid to Russian Christians (ARC).

According to her obituary published by Philip Walters in Religion, State & Society in 1998, the ARC was the first organisation with the aim of systematically supplying material aid and spiritual support to Orthodox Christians in Russia. She remained the organization’s director until 1986. For the first four years of its existence, Jane Ellis ran the organization alone, operating out of a tiny bedsit in London. She wrote hundreds of letters asking for support for faith communities in the Soviet Union. She joined the Keston Center immediately after graduating from the university in 1973, where she translated documents, gave lectures, wrote articles for scholarly journals and edited volumes, and broadcast for the BBC in both Russian and English.  She travelled widely within the USSR and wrote two monographs about the Russian Orthodox Church, which were received with acclaim in Russia. She also promoted interfaith discussions and cooperative projects.