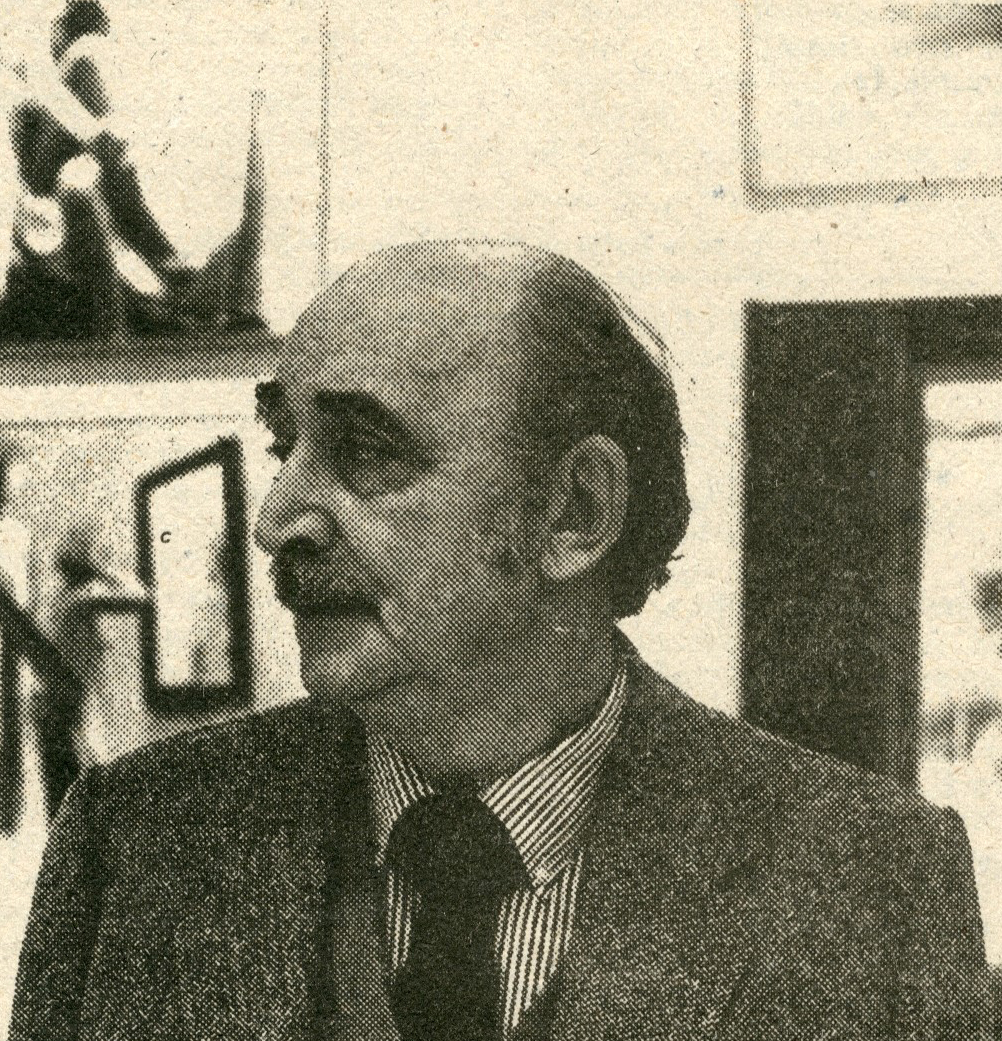 Miodrag Mića Popović was a painter, art critic, writer, film director and member of the Serbian Academy of Sciences and Arts. As a student, he joined a group of young artists whose views overwhelmingly departed from the frame of hard-line socialist realism. This group of young post-Second World War intellectuals was actively involved in debates in which they expressed opinions on topics in the framework of the new cultural and political climate and their discontent with the dictates of socialist realism. Young, independent intellectuals who shared similar political and critical attitudes gathered in Belgrade at Simina Street 9a, opposite the 'Glavnjača' prison where the communist authorities settled accounts with non-conformists. Writers, painters and critics articulated their standpoints in the face of restrictions on the freedom of creative thought and of free artistic expression. The entire situation and socio-political climate after the war led to first disappointment with the new doctrine of Stalinist ideology and socialist realism.

In 1947, due to the poor material conditions prevalent at the Art Academy in Belgrade, Popović, together with a group of fellow students, sought permission to take a break from tuition in order to go to the Adriatic city of Zadar where they would orient their work and studies more towards nature. For the group of young students, later known as the 'Zadar Group' (Petar Omčikus, Bata Mihajlović, Mileta Andrejević, Vera Božičković, Kosa Bokšan, Ljubinka Jovanović), art was an act of freedom. The artists studied nature, distancing themselves from the principles of socialist realist painting. Very soon, they were accused by the authorities of neglecting work discipline and of unauthorised absence from the Academy. On returning to Belgrade, the members of the group were expelled from the Art Academy. Soon all were reaccepted with the exception of Mića Popović.

In the catalogue accompanying his first independent exhibition in 1950 in the Art Pavilion, Popović expressed his standpoints and his discontent with socialist realism. In 1974, his exhibition to be held in Belgrade’s Cultural Centre was cancelled at the last moment due to some works perceived as ‘dangerous’ by the Yugoslav regime.

Mića Popović spent several periods abroad; in France between 1951 and 1958, while from 1980 to 1982 he lived and worked in the United States. He became a member of the Serbian Academy of Sciences and Arts in 1986, and of the Berlin Academy of Arts in the same year. He supported the protests against the regime of Slobodan Milošević in 1996. During his lifetime and as an artist he opposed the regime and authorities that imposed their ideological models. Until the end, he clearly stated his implacable position on the system, remaining true to the ideal of freedom of thought and expression. He died in 1996 in Belgrade.