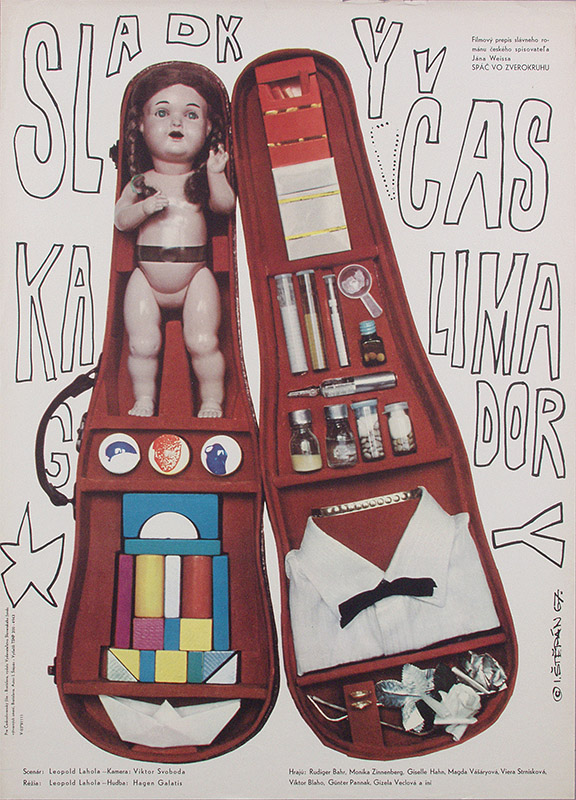 Poster to the movie Sweet time with Kalimagdora, 1967. The author of this poster, Ivan Štěpán, was one of the key members of the Czechoslovak artistic scene, as he was one of the first to experiment with the concept of joining the arts with other media and working with new theories. From the 1970s he was prevented from continuing his artistic activity. Sweet time with Kalimagdora is a co-production of Czechoslovakia and the Federal Republic of Germany and in an indirect way it reacts to the events of the end of the 1960s. It is the first movie from a Slovak director that was labelled as magical realism. A specially created commission of the Ministry of Culture of the Slovak Socialist Republic stated in 1969 that "It is a banal film that did not bring us credit either at home or abroad, nor was it seen to have political, moral, or artistic value.”