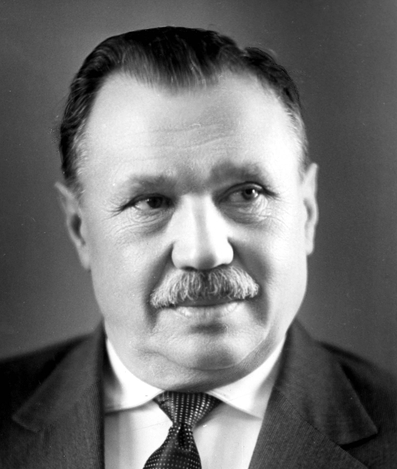 Antanas Sniečkus was the first secretary of the Lithuanian Communist Party from 1936 till his death in 1974. After the First World War, he returned with his family from Russia to Lithuania. By 1920, he was already a member of the Bolshevik Party, and started his anti-government activities, for which he was arrested. After his release from prison, he fled to Moscow, where he became an agent of the Comintern, and a member of the Central Committee of the Communist Party of Lithuania. From 1926 to 1930, he engaged in subversive activities in Lithuania, and was again arrested and held in prison in Kaunas in 1930. In 1933, Sniečkus was released in exchange for Lithuanian political prisoners held in the Soviet Union.

After the 1940 Soviet ultimatum to Lithuania and the subsequent military occupation, Sniečkus became head of the Department of National Security. As the first secretary of the Lithuanian Communist Party, he was the initiator of the mass deportations of Lithuanians during the first and the second occupation of Lithuania by the Soviet Union. In 1948, Sniečkus started the collectivisation of agriculture. Most peasants were collectivised by 1952, through terror, killings and deportations.