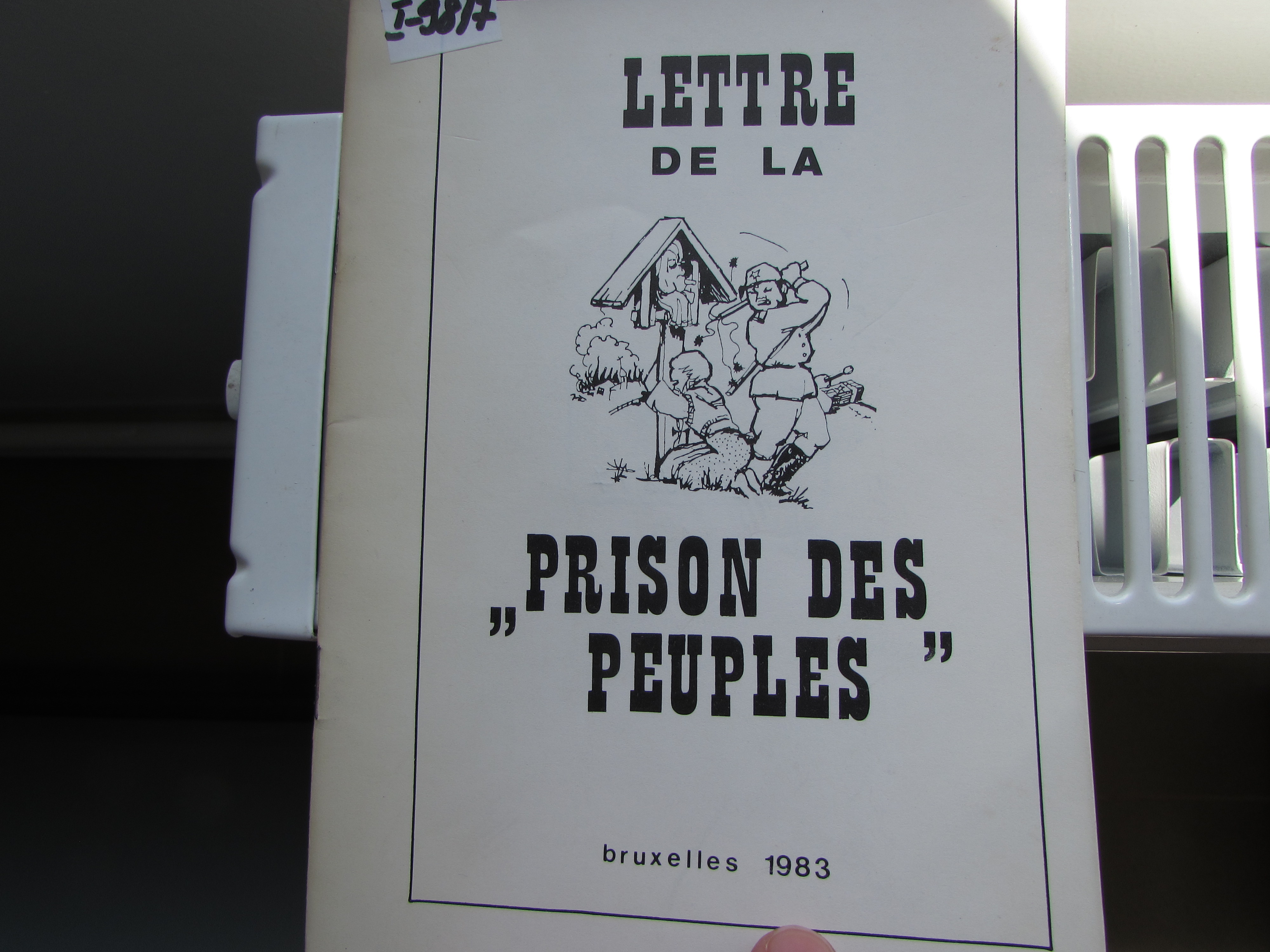 This brochure is one of the few publications printed in exile which dealt with cases of national opposition in the Moldavian Soviet Socialist Republic (MSSR). It illustrates Mihnea Berindei’s interest in the oppositional movement developing in Soviet Moldavia and seems to indicate that Berindei had some connections with the editor of this booklet, Nicolae Lupan. Lupan was one of the most well-known oppositional figures in the MSSR. After his deportation from the USSR for “Romanian nationalist activity” in 1974, Lupan settled in the West (first in Belgium, then in France) and was active in placing the case of his native MSSR on the map of anti-Soviet dissent and anti-regime opposition. The booklet purportedly reproduced a letter that Lupan had received in August 1982 from a mysterious group called “The Young Bessarabians,” but it might have been written by Lupan himself. In any case, no such organisation is known to have existed in the MSSR at that time. The brochure focused on the arrest and trial of the Usatiuc–Ghimpu–Graur group (National Patriotic Front), the most important oppositional movement which emerged in the MSSR after World War II. In the preface to the letter, Lupan emphasised his personal connection to the Usatiuc and Ghimpu families and to the entire organisation, also referring to another emblematic case of national opposition “from below” which had occurred in September 1970, when two young women, Asea Andruh and Lilia Neagu, wrote over forty “anti-Soviet” slogans on a number of public buildings in central Chișinău. Lupan further stated: “One pays dearly for national resistance in Chișinău. Just as for the word “freedom.” The freedom to express oneself, the freedom to write, the freedom to be silent… Yes, even the freedom to be silent! For, if someone never wishes to speak at the propaganda meetings, this person is viewed as suspect and treated as an untrustworthy element.” Lupan claimed that the original of the letter was written in Romanian, while he only published a French translation of the original, “strictly abiding by” the text’s content. The letter provided a detailed description of Usatiuc, Ghimpu, and Graur’s trial and the reaction of the public to their condemnation. The description of the events was fairly accurate, with the unknown author emphasising the “rabid anti-Romanian propaganda” which had been pervasive in Soviet Moldavia “for a number of years already.” Interestingly, this letter also mentions Petru Lucinschi, the future Moldavian party leader and post-Soviet president of the Republic of Moldova, as a “typical example of the traitor that the colonisers call ‘a national cadre.’ He Russified his name, he married a Russian woman and he has devoted himself, body and soul, to serving the interests of Soviet imperialism.” The author then inveighed against Russian domination in Moldavia, focusing on the lack of national rights and the various forms of persecution and injustice suffered by the local population under Soviet rule. After narrating in some detail the individual fate of the National Patriotic Front’s leaders as of 1982, the brochure also referred in passing to other cases of repression against “Bessarabian patriots” that had occurred since the 1960s (including Gheorghe Muruziuc, Mihai Moroșanu, the Andruh–Neagu affair etc.). The strong-worded conclusion stated: “the Russian authorities pursue their plan to annihilate the Romanians of Bessarabia, a fact that can be qualified as genocide without bloodshed.” The natural solution to the Moldavians’ plight was, not surprisingly, “reunion with the Mother-Country – Romania.” This text, coupled with several other works by Nicolae Lupan to be found in Mihnea Berindei’s library (e.g., Bessarabie, terre roumaine, published in Brussels in 1982) proved that Berindei displayed a constant interest in the Moldavian case, possibly also helping the few exiles from the MSSR who had settled in the West to present their views to a wider audience.