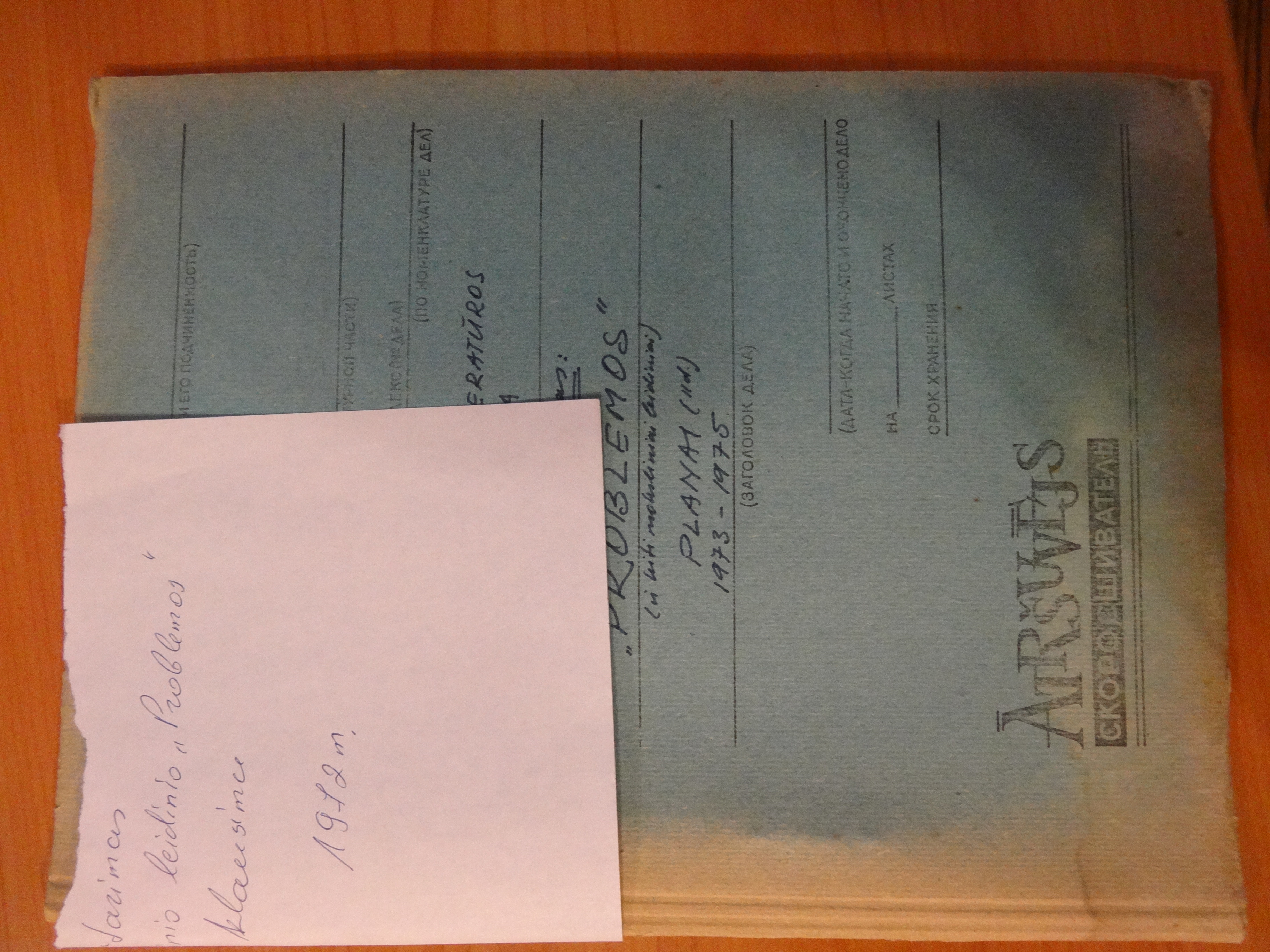 Problemos (Problems) is a Lithuanian academic philosophical journal published by Vilnius University. The journal was reorganised during the 1960s and 1970s, when the community of Soviet Lithuanian philosophers made attempts to produce a serious academic journal, with critical articles, reviews and translations of Western authors. This initiative was seen very negatively by cultural administrators at that time. The minutes of a meeting on 27 November 1972 demonstrates the attempts of the government to direct Problemos the ‘right way’. Philosophers, the authors of papers in Problemos, were criticised at the meeting for their passive ideological stance, and their lack of publications on communist ideology. After the meeting, the control of Problemos became stronger, and the content of its volumes was thematically limited. According to the philosopher Algimantas Jankauskas, after strengthening the controls, a core group of Lithuanian philosophers, including Romualdas Ozolas, started to think of producing an underground samizdat philosophy journal. But they later decided to keep to legal cultural opposition. They initiated and established a series of books on the history of philosophy ‘Filosofijos istorijos chrestomatija’ (Chrestomatia of the History of Philosophy), which resulted in a number of volumes being published in 1974-1987.