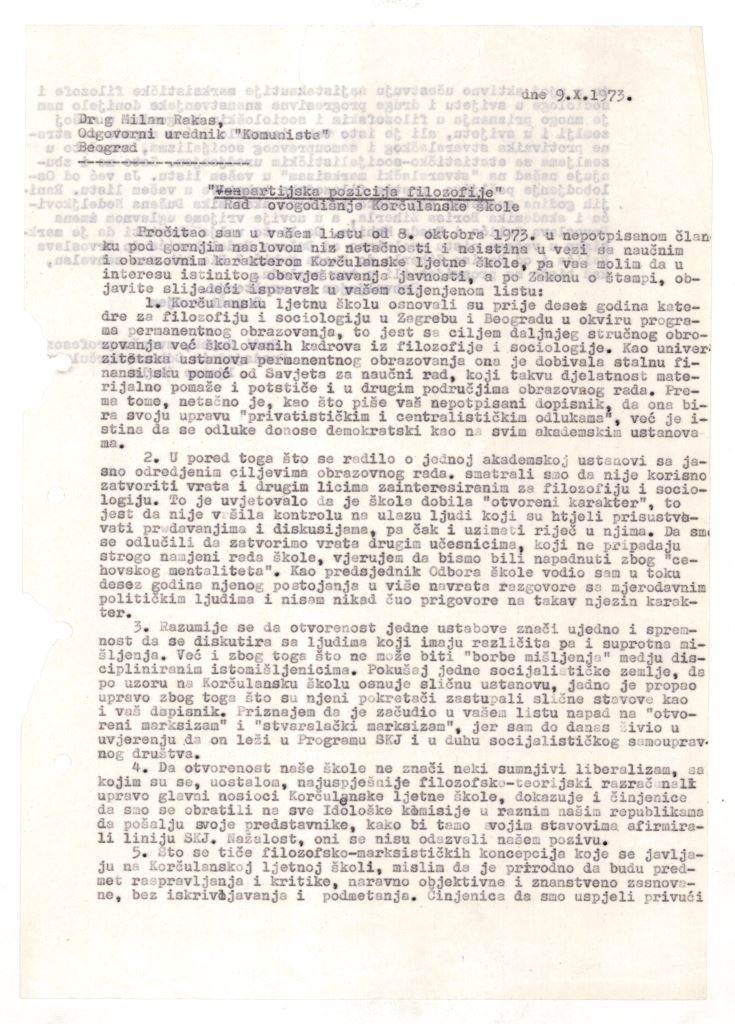 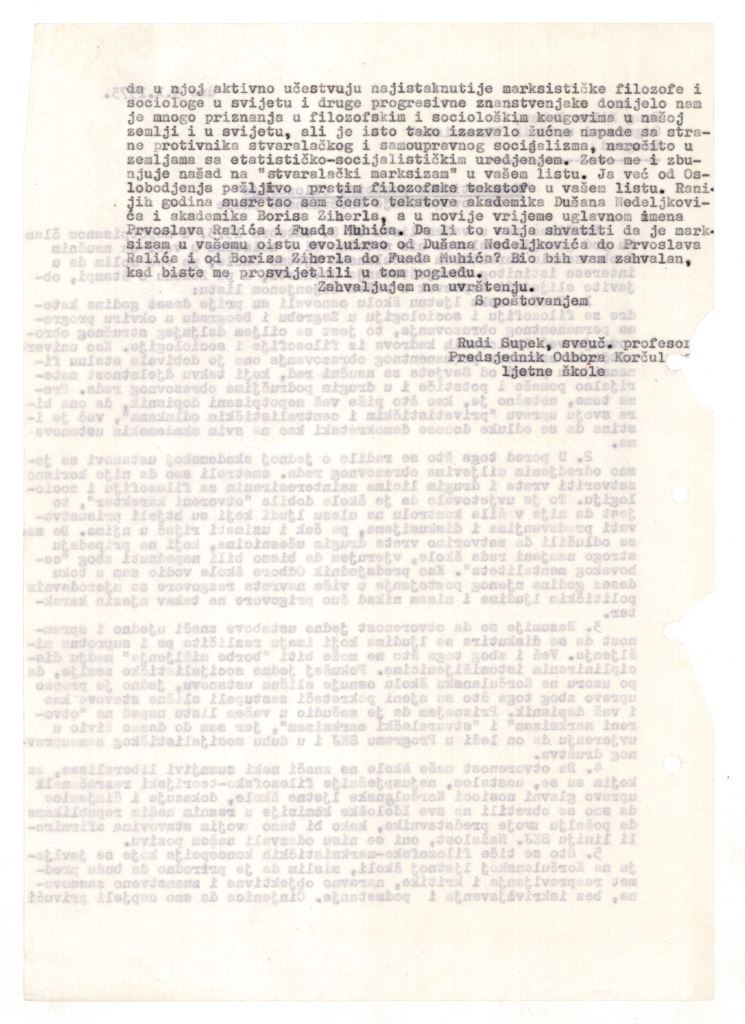 Together with the famous Croatian philosopher Milan Kangrga and other intellectuals, Rudi Supek founded a philosophical school that was held every summer in Korčula from 1963 to 1974. Originally conceived as an academic exercise, the School soon became an international event with free critical discussion on a different subject put to the fore each year. It was a gathering of philosophers and sociologists from all around the world (for example, Erich Fromm, Lucien Goldmann, Henri Lefebvre). However, after a time the ruling state-party structures turned against the School and the intellectuals who were called “praxisovci” (Praxis intellectuals, or Praxis thinkers) (Lešaja 2014, 246).
The writing of Komunist, the official newspaper of the League of Communists of Yugoslavia (LCY), is an example of the regime's attacks on the Korčula Summer School and the Praxis intellectuals. In 1973, Komunist publicly branded the School as "political opposition" and “philosophy outside of the Party”, alluding to the open character of the School and the participation of foreign intellectuals. Supek responded in a letter addressed to the editor-in-chief of Komunist, Milan Rakas, in which he pointed out, among other things: “It is understood that the open character of an institution means at the same time willingness to discuss with people who have different and opposite opinions. Although it cannot be a 'conflict of opinions' among disciplined minded ones, ... I admit that I was surprised to see an attack on 'open Marxism' and 'creative Marxism' in your publication, because I have lived in the belief that they ['open Marxism' and 'creative Marxism'] are part of the LCY Programme and components of the spirit of self-management.” He also pointed out that the openness of a school does not mean “left-liberalism.”