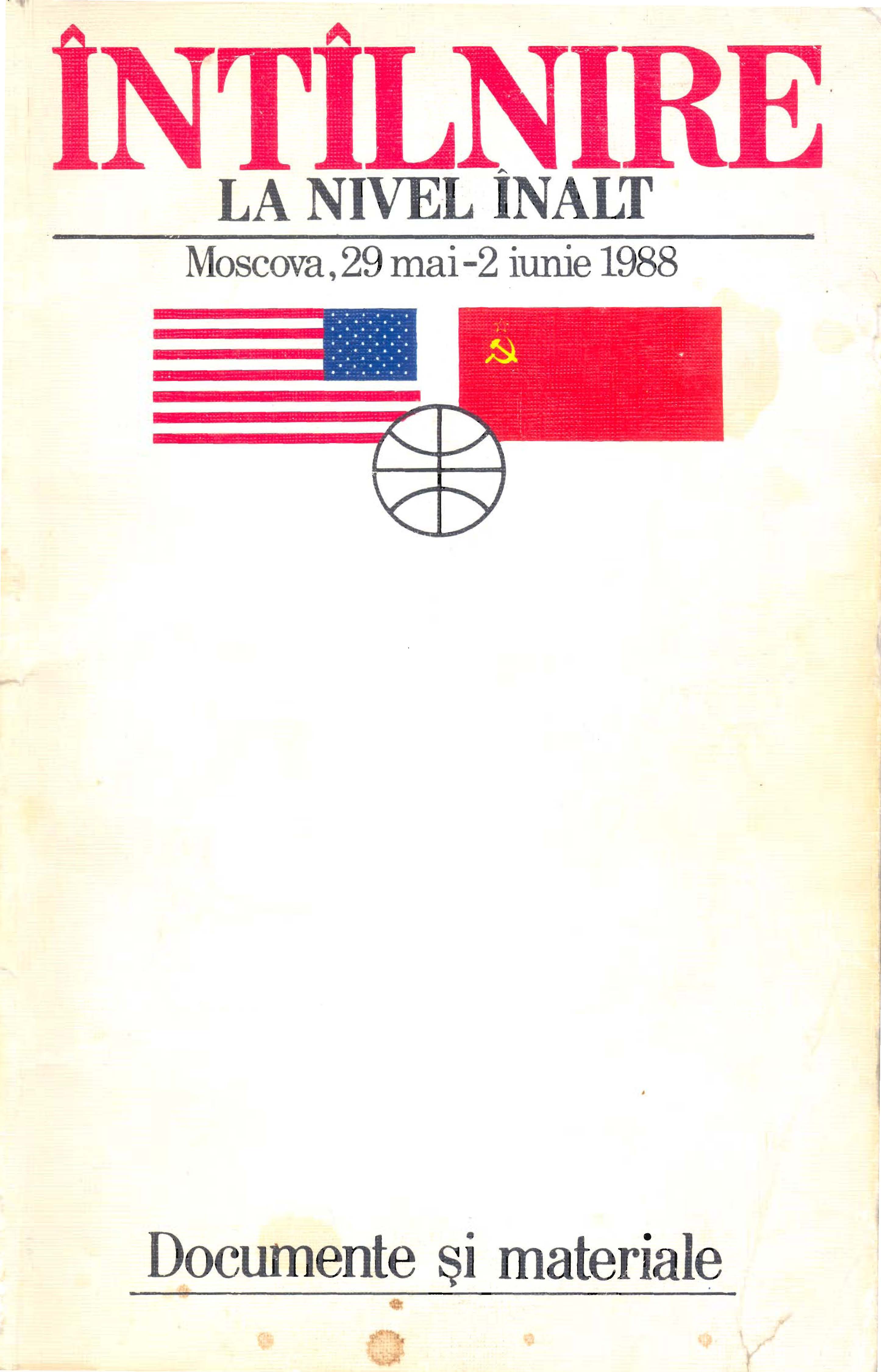 The full title of this central document in the Marian Zulean collection is Întîlnire la nivel înalt: Moscova, 29 mai – 2 iunie 1988. Documente și materiale (Summit meeting: Moscow, 29 May – 2 June 1988: Documents and materials). The book documents in detail the content of the visit to the USSR made by US President Ronald Reagan in the early summer of 1988, at the invitation of Mikhail Gorbachev.

The volume consists of a series of transcriptions of the public moments of the meetings of the leaders of the two states, four speeches by each of them, press statements and addresses by Mikhail Gorbachev and Ronald Reagan, transcriptions of question and answer sessions in front of the press, and the answers given by the Soviet leader in an extensive interview granted to the newspaper The Washington Post and the magazine Newsweek prior to the visit. The book also gives details of the ceremony of exchanging instruments of ratification with the reference to the coming into force of the treaty eliminating medium-and shorter-range missiles, and the text of the joint statement made at the Moscow summit. Not least among the interesting features of the book is a substantial photographic archive of the state visit.

In order to understand why such a book constituted an alternative source of information, it must be recalled that, in comparison, the reflection of this visit in the Romanian press was minimal. Marian Zulean remarks: “I remember that it was just mentioned briefly in short news items. Because in fact what was happening then between the USSR and the USA did not suit the leaders of the communist regime here at all. Once I read this book, to which I added what I heard on Radio Free Europe, I really understood what had happened during those days in the USSR.”

The book is preserved in good condition in the Marian Zulean collection. It has 128 pages and was published, directly translated into Romanian, by Novosti Press Agency in 1988. The book was purchased at the International Trade Fair for Consumer Goods (TIBCO), where the USSR had a very large stand.