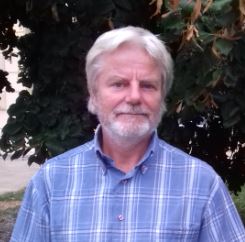 Marko Hren was born in Ljubljana on 26 April 1959. At the Faculty of Mathematics and Computing, he graduated with a degree in applied mathematics and computer science. From 1984 until 1990, he was employed in Iskra Delta and Mikro Ada, enterprises specialized in computer equipment and software development. At Mikro Ada, in which Hren became chief of the software development department, Janez Janša and Igor Omerza were fellow employees. Mikro Ada served as an “infrastructural base for alternative politics in Slovenia.” The State Security Service raided Mikro Ada on 31 May 1988, and special attention was accorded to a document entitled “Call for Non-violent Resistance in the Case of Repression,” written by Marko Hren, about which a report was sent to Stane Dolanc. Hren was a co-founder of the Centre for the Culture of Peace and Non-violence established in 1989, which was registered as a political organization in June 1990, immediately after the onset of democratic changes. He also co-founded the Peace Institute in Ljubljana, whose foundation he initiated in June 1990, and the process was successfully completed in June 1991. From 1991 to 2000, he was an activist of the centre in Metelkova Street in Ljubljana, in which he organized a number of NGOs. Since 2000, he has worked in the civil service of the Republic of Slovenia.

In the 1980s Hren was the leader of the Peace Movement in Slovenia and the liaison for contacts between the Peace Movement in Slovenia and the War Resisters' International (WRI), in which he was a board member. The flagship project of the Peace Movement was the promotion of the right of conscientious objection to military service by conscripts. The Peace Movement in Slovenia was institutionalized within the framework of the Republic Conference of the Alliance of Socialist Youth of Slovenia as the Working Group for Peace Movements and as the Section for the Culture of Peace by the Student Culture Centre. In 1986, Hren became the editor of the Peace Movement Information Bulletin, published under that title since 1985. Eventually that bulletin evolved into Independent Voices from Slovenia. In February of 1988, Hren initiated the establishment of the Coordination of the New Social Movements, which demanded a referendum on new constitutional amendments, and in March 1988 it publicly announced the Call for a Referendum on Constitutional Amendments. Hren was also a member of the Committee for the Preservation of Human Rights, on whose behalf he maintained contacts with the members of similar foreign institutions as well as European parliamentarians. During the Congress of the Alliance of Socialist Youth of Slovenia in Portorož on 3 November 1989, he called for the demilitarization of Slovenia, aimed against the Yugoslav People's Army. The project was presented to the public on 15 November 1989, and on 28 March 1990, a few weeks before the first democratic elections, the public signing of the project was organized by new political groups under the title “Slovenia Abolishes Military Apparatus.” In these elections, Hren was a candidate of the Independent Slate of New Social Movements. Immediately after the elections, the new Executive Council of the Assembly of the Republic of Slovenia, or in simpler terms, the Slovenian government, was keen on cooperating with the Peace Movement, but already in October 1990, Peace Movement activists began to perceive reserve among politicians and the necessary funding to fulfil action plans was granted at much smaller percentages than requested and required by the Peace Movement.

Hren felt defeated inasmuch as he could not prevent the outbreak of the war, but he is proud of the effectiveness of the Peace Movement and its publications as a platform for communication between democratic forces in Slovenia and the world public during the struggle for the democratization of Slovenia. Hren considers research and preservation of the material about anti-communist movements in Slovenia, including the peace movement as the most serious opponent of the Yugoslav People's Army, important, and he personally contributed to its preservation by guarding the collection's documents in his private archives for decades. This particular collection is seen as “extremely important” by Hren, because through it the activity of the Peace Movement is clearly illustrated, as are its contacts with numerous international factors and the coordination of activities of most of the regime's opponents. To him, cultural opposition vis-à-vis the communist regime means opposing militarism and totalitarian consciousness. His main criticisms of the communist regime are related to its militarism and lack of freedom. The Peace Movement was institutionalized through the Alliance of Socialist Youth of Slovenia, which was an organization subordinated to the League of Communists of Slovenia.

His work was very critical of the regime, to such a degree that the State Security Service raided the enterprise in which he worked and confiscated the materials that he wrote. At the time of the raid, he was in the USA, beyond the reach of the repressive organs of Yugoslavia. Hren was not only a member of the critical movements, he was also their leader and the initiator of contacts with transnational organizations such as European Nuclear Disarmament, East-West Network, and the Helsinki Citizens' Assembly. Marko Hren was under operative surveillance by the State Security Service as case number HSM 098600470, which means that he was subject to searches and seizures of his property, and that under the threat of the arrest he had to flee abroad to safety.