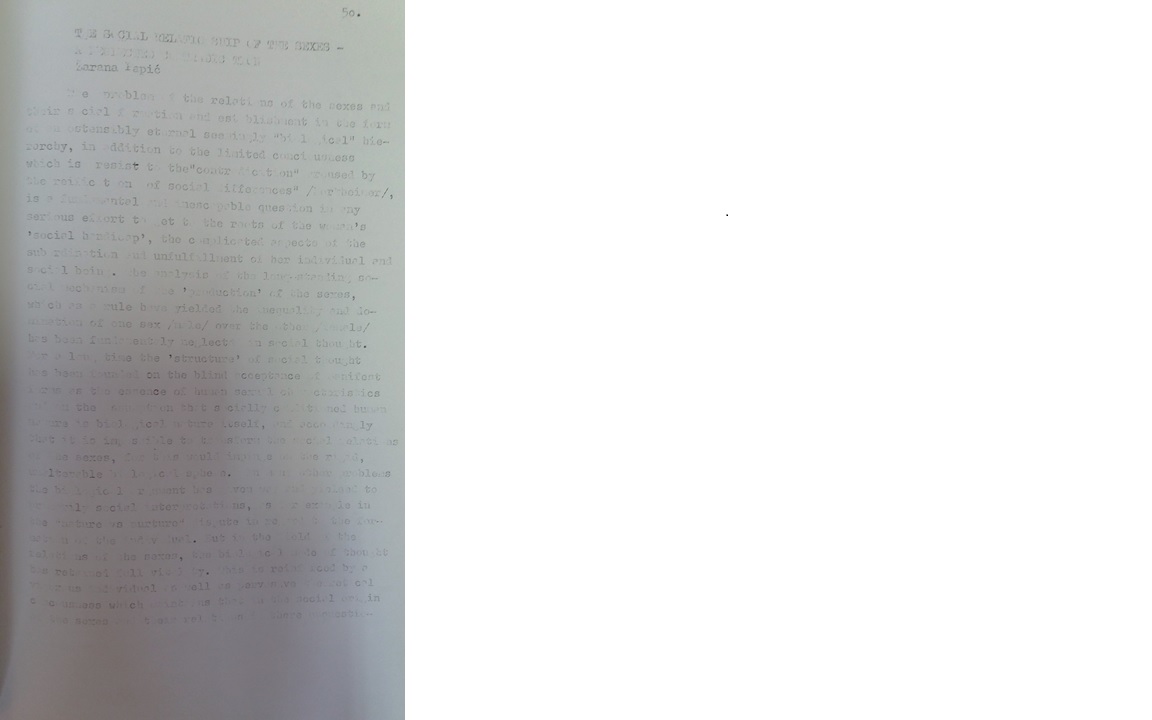 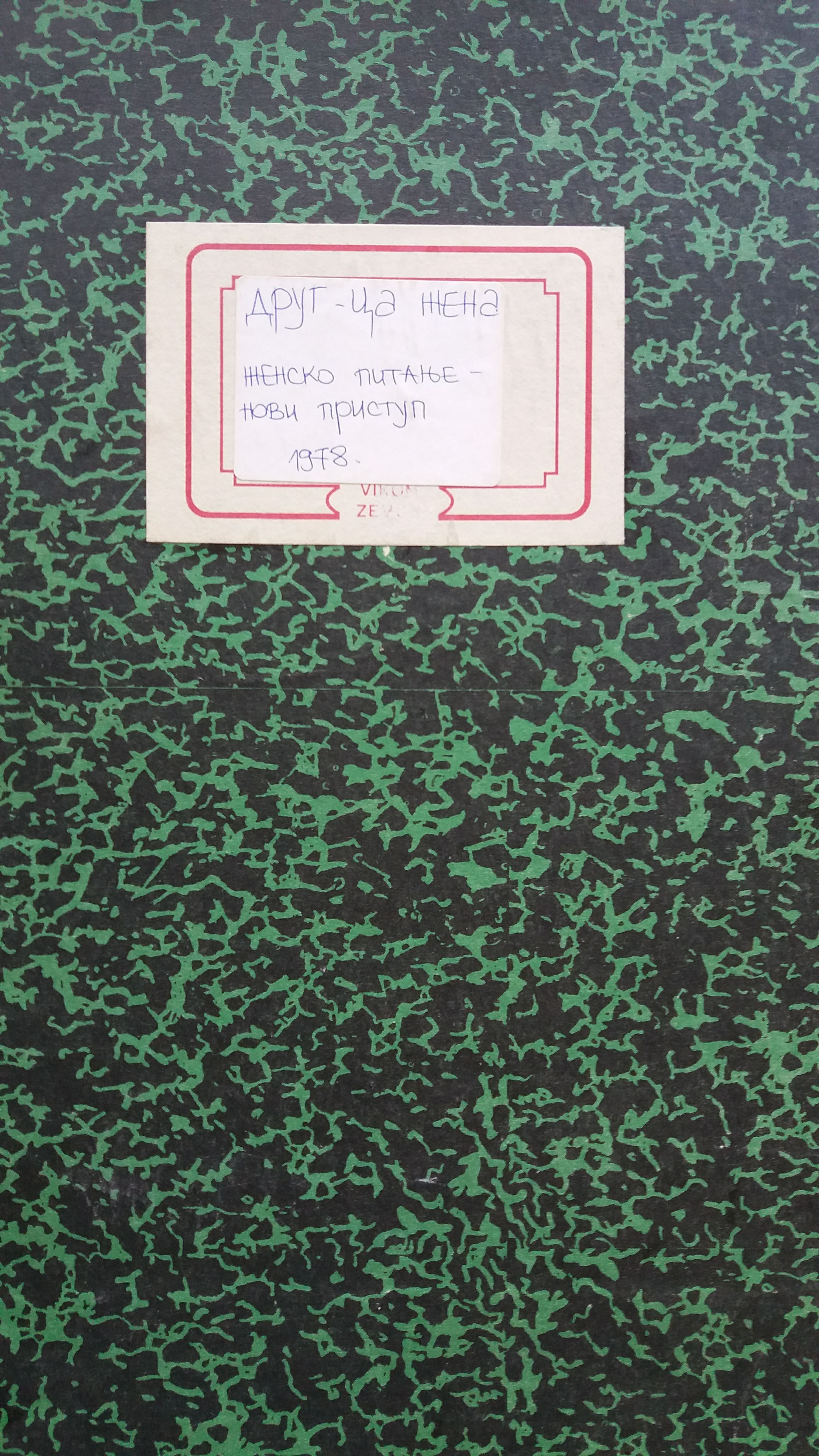 Žarana Papić and Dunja Blažević organized the first feminist conference in Yugoslavia which was called Drug-ca: Žensko pitanje - novi pristup? [Comrade Woman: The Female Question – A New Approach?]. It took place in the Student Cultural Center (SKC) from October 27 to November 2, 1978, in Belgrade. This was a significant event, since feminists from the SFRY and feminists from other countries gathered, thus opening the way for all later forms of feminist organization in the region. It was the first feminist conference organized in Eastern Europe, indeed the first in a communist country, in which feminists from abroad were invited. In particular, this exchange was interesting for a large number of feminists from countries like England, Germany, France, Italy, Poland and Hungary, as it sought to help suppressed women with similar views in the struggle against patriarchal society in Western and Eastern Europe. During this conference, for the first time Yugoslav feminists had the opportunity to listen to and exchange experiences with feminists from abroad.

Žarana Papić’s correspondence in this folder documents how she was trying to bring some of the most important names of European feminism to Belgrade - among them Simone de Beauvoir, Sheila Rowbotham, Luce Irigaray and Juliet Mitchell. For this occasion, Papić compiled an impressive list of accompanying texts, which were supposed to familiarize the domestic audience with the key works of Western feminism, but also to provide foreigners with an insight into the specific position of women in Yugoslavia’s self-managing socialism. The featured item presents a translation of a text by Žarana Papić from Serbian into English. It was provided as background reading for the participants of the Drug-ca žena International Symposium. As the typescript is hardly legible, COURAGE transcribed the text in the enclosed word document.

That is how the conference came to be remembered as an event which stimulated the development of feminist consciousness among young women in Yugoslavia at that time. Drug-ca opened two key issues, for which Žarana Papić’s activism and position were of crucial importance. The first question was on the reception of feminism in the socialist state. In the approach drawn up for the conference, Papić writes “What are the elements of a practical, social and individual new feminist consciousness, what is new in public behavior and what are its characteristics? […]  It is also necessary to ask the question of what happened to women, and what changes in the gender balance disappeared after the shaky socialist revolutions. What is the real position in socialism that has been achieved by striving for emancipation and what problems remain unresolved?”

The second question was related to the situation of Yugoslav feminists between the West and East. This question was linked to the non-aligned position of Yugoslavia since the Tito-Stalin split in 1948. The general topics of the conference were the experiences and specificities of the Yugoslav situation with regard to the results and achievements in problematizing the “female“ issue.

The Drug-ca Symposium made it possible to speak about the imbalance between the positions of female and male compatriots, and through it the word feminism gained significance in the former Yugoslavia.