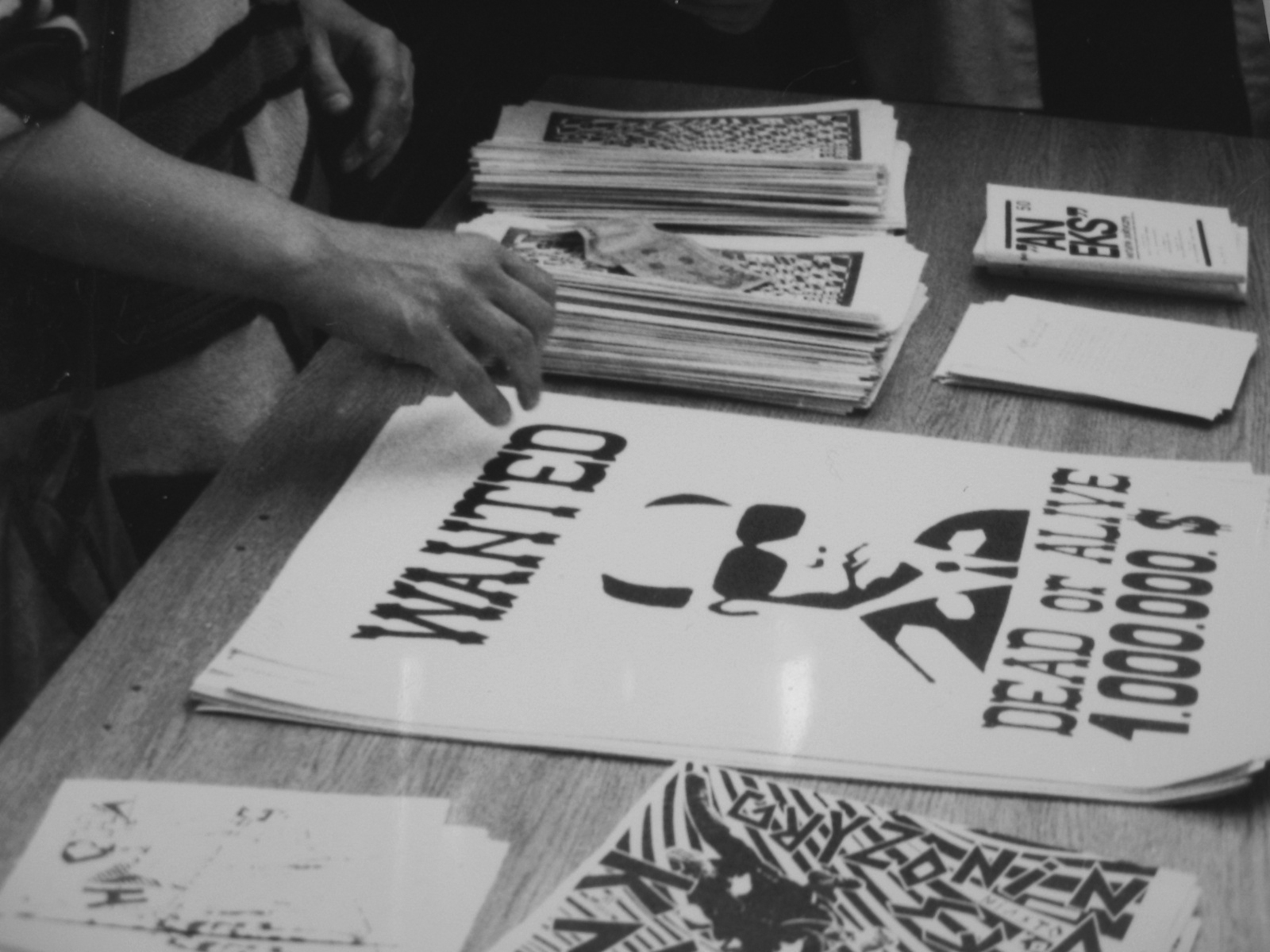 The famous black and white poster was designed by Krzysztof Raczyński in 1989. It presented the face of the general Wojciech Jaruzelski with the comment below: 'dead or alive. 1.000.000 $'. The adaptation of the American 'wanted' poster convention was something new and shocking in the last years of Polish People's Republic. The graffiti template with serif signs and Jaruzelski's picture was created and painted on the streets by Raczyński between 1987-1988. After the success of the template the artist created the poster, printed and sold by the Gallery of Maniacal Activities in Poland and in Germany. The poster quickly became very popular among the youth and today is still one of the icons of the youth movements against the Wojciech Jaruzelski's government. In 1989, when the Gallery of Maniacal Activities popularized that poster, the socialist state was in decline and the police did not manage to control small groups of young radicals and their provocative anti-government activities.