Invitation from Ion Rațiu to Sanda Budiș for the First Free Romanians' Congress, in Romanian, 10 August 1983 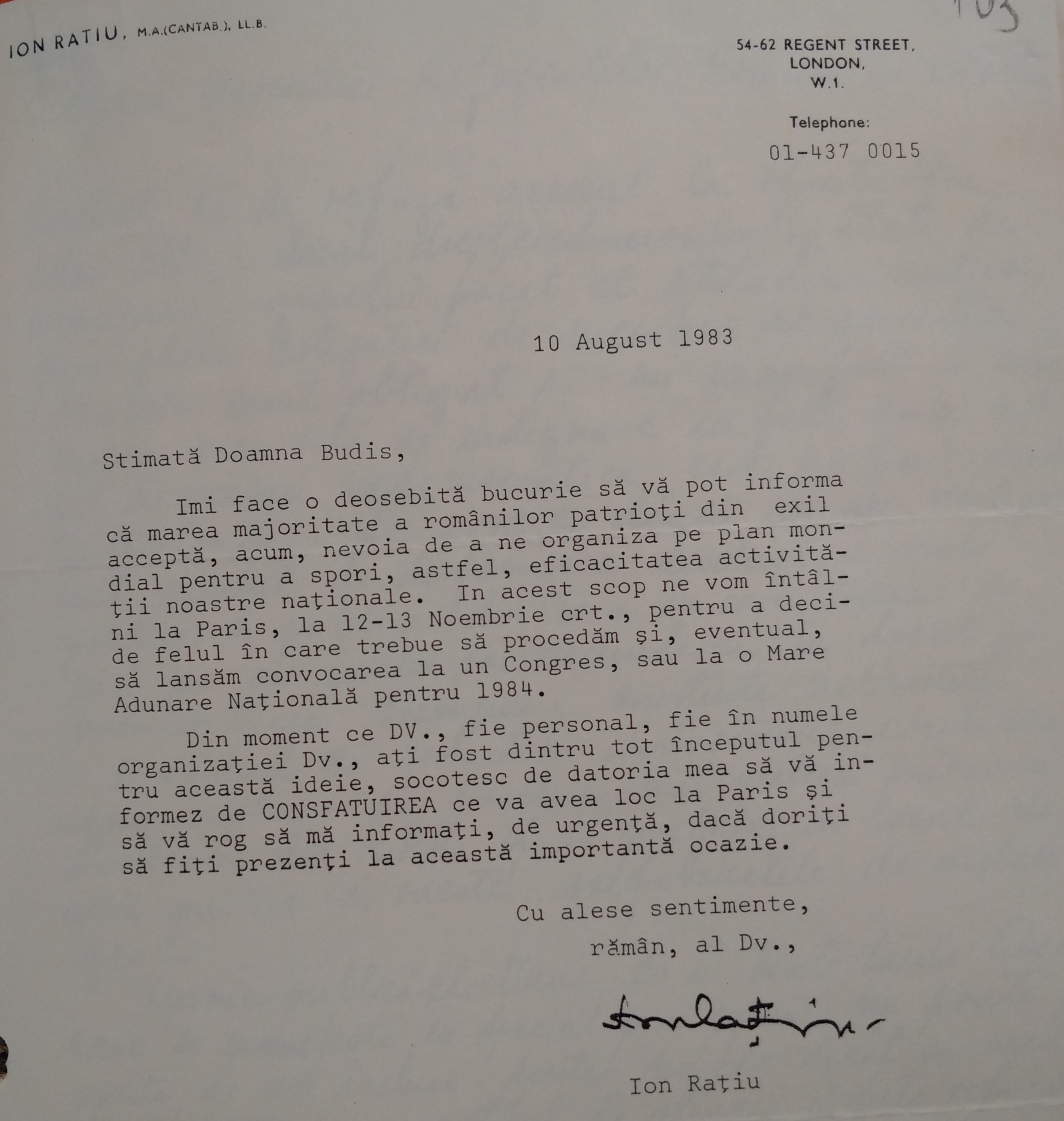 This document is a testimony to the fact that the Romanian exile community, divided by country of immigration, began to be organised in the 1980s on a transnational level. The purpose of such an organisation was to be able to present to Western decision makers and public opinion on behalf of a Romanian exiles’ organisation Romania's situation under the Communist dictatorship. These measures aimed at determining interventions and measures from the West to improve the situation of Romanians inside the country and ultimately to remove the Communist regime. An example of such an organisation was the World Union of Free Romanians, one of the most important exile organisations. It was established in 1984. Before 1983, several meetings were held to consult with Romanians abroad about the need to set up such an organisation. One of these meetings took place on 12–13 November 1983, when Ion Raţiu, the initiator and future president of this organisation, organised a meeting in Paris of the Romanians actively involved in the emigrant community in order to prepare the first Congress of Free Romanians. This meeting was the basis for the establishment of the World Union of Free Romanians. In preparation for the congress, Ion Raţiu addressed invitations to take part in a congress to several Romanians. Such a personalised invitation was sent to Sanda Budiș who, after settling abroad in 1973, was involved in the organisation and activities of Romanian exiles. The original typed invitation can be found today in the Sanda Budiş Collection at IICCMER. In essence, Ion Raţiu informed Sanda Budiș that he was organising a Romanian emigration meeting for the purpose of discussing their situation outside Romania and setting up an organisation to represent them in the countries of residence in which they had settled. On this occasion, and taking into account her involvement in helping Romanians, Ion Raţiu launched an invitation to Sanda Budiş to attend the 12–13 November 1983 meeting in Paris, which the architect accepted.