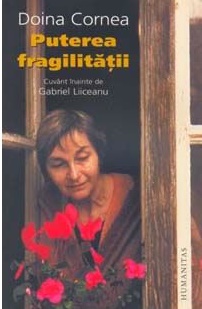 Among the open letters addressed by Doina Cornea to Ceauşescu himself, that entitled “Stop the demolition of the villages” (Opriți dărâmarea satelor) was among the most significant and certainly the one that aroused the greatest international reaction. The letter opposed the programme of “rural systematisation,” which entailed the planned demolition of more than 7,000 Romanian villages (Ceaușescu 1989, 395). Cornea drafted the open letter in July 1988 in a period when the demolitions had been intensified. The letter was also broadcast by RFE in September 1988 and published later by the French newspaper Le Monde (Cornea 2006, 220).

In comparison with other open letters that focused more on future-oriented reforms (such as those dealing with the educational system), this letter is “nostalgic and past-oriented,” and deals with the protection of the Romanian peasants’ habitat and way of life, which she argues is the core of Romanian national identity (Petrescu 2013, 314). This approach was based on her readings of Romanian philosophers and writers such as Lucian Blaga, Constantin Noica, and Nicolae Steinhardt, who dedicated many of their works to the “spirituality” of the Romanian village. She thus places herself in a cultural tradition which since the end of the nineteenth century had emphasised peasant culture as a key element for defining Romanian national identity (Hitchins 1994, 298–299). Consequently, she considers Ceauşescu’s plan to restructure most of the Romanian villages as a malicious attempt to destroy “the soul of the nation.” She also invokes the fact that the rural habitat is a part of world cultural heritage and criticises the demolitions from a preservationist perspective. Thus, she asks Ceauşescu to stop the demolition of the villages and to consult of the will of the Romanian people concerning the future of the national programme of “rural systematisation.”

At the end of the letter, Doina Cornea mentions another twenty-seven persons who had expressed their solidarity with the open letter of protest and agreed that their names could be included on the list. Most of them were either Cluj-based supporters of her oppositional activity, such as the dissident Iulius Filip (who in 1981 had addressed an open letter of support to the Polish free union Solidarity), or part of a group of workers in the town of Zărneşti (Braşov county, Romania), who had initiated a local free union. This open letter, together with her interviews granted to Western journalists, inspired the collective initiative Opération Villages Roumains (OVR), “the largest ever network of transnational support against the abuses of Ceausescu’s regime,” which opposed the demolition of Romanian villages by encouraging a symbolic adoption of the endangered Romanian rural sites by Western communes (Petrescu 2013, 317).