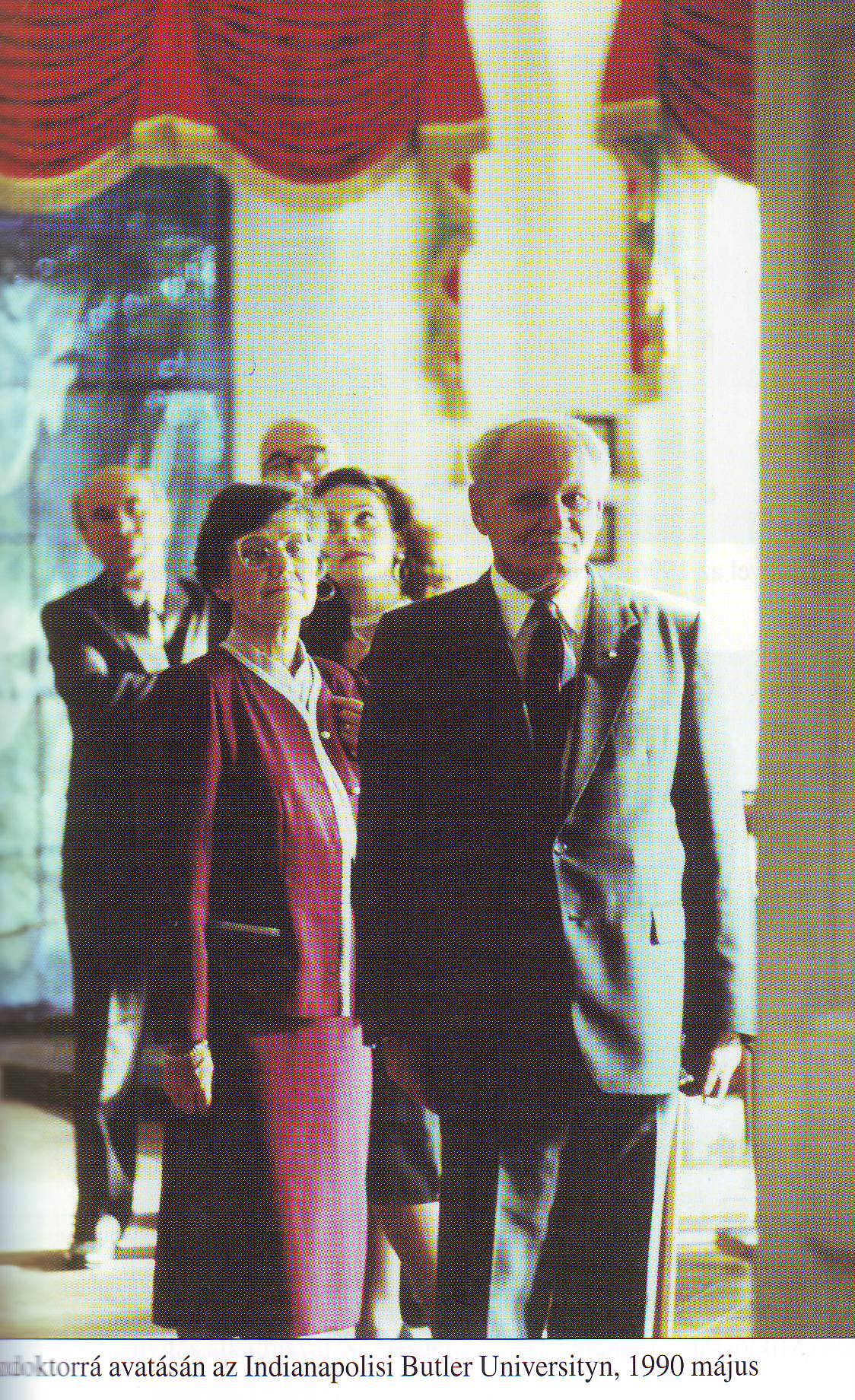 One of Árpád Göncz’s first trips abroad in May 1990 as newly-elected President of the Hungarian Republic was to Indianapolis, US in order to receive a Honorary Doctorate from the Senate of Butler University. On this occasion, he first read his essay “The nameless Hungarian,” a brief historical overview of twentieth century in Hungary and East Central Europe. (The speech held at the ceremony was somewhat longer than the essay, but only the Hungarian draft survived in a later book publication, without the final English version. Here, all the three texts can be read attached.)
This somewhat “bitterly optimistic” summary reflects Göncz’s charmingly brave and honest character, his wisdom, his deep empathy, and his sense of humor, as well as his sincere conviction that all the pains, failures, and losses of a horrible century can only be surpassed by the powerful collective reserves of freedom and liberty.