Securitate. Doina Cornea and the staff of the French Embassy in Bucharest, 1988. Photo 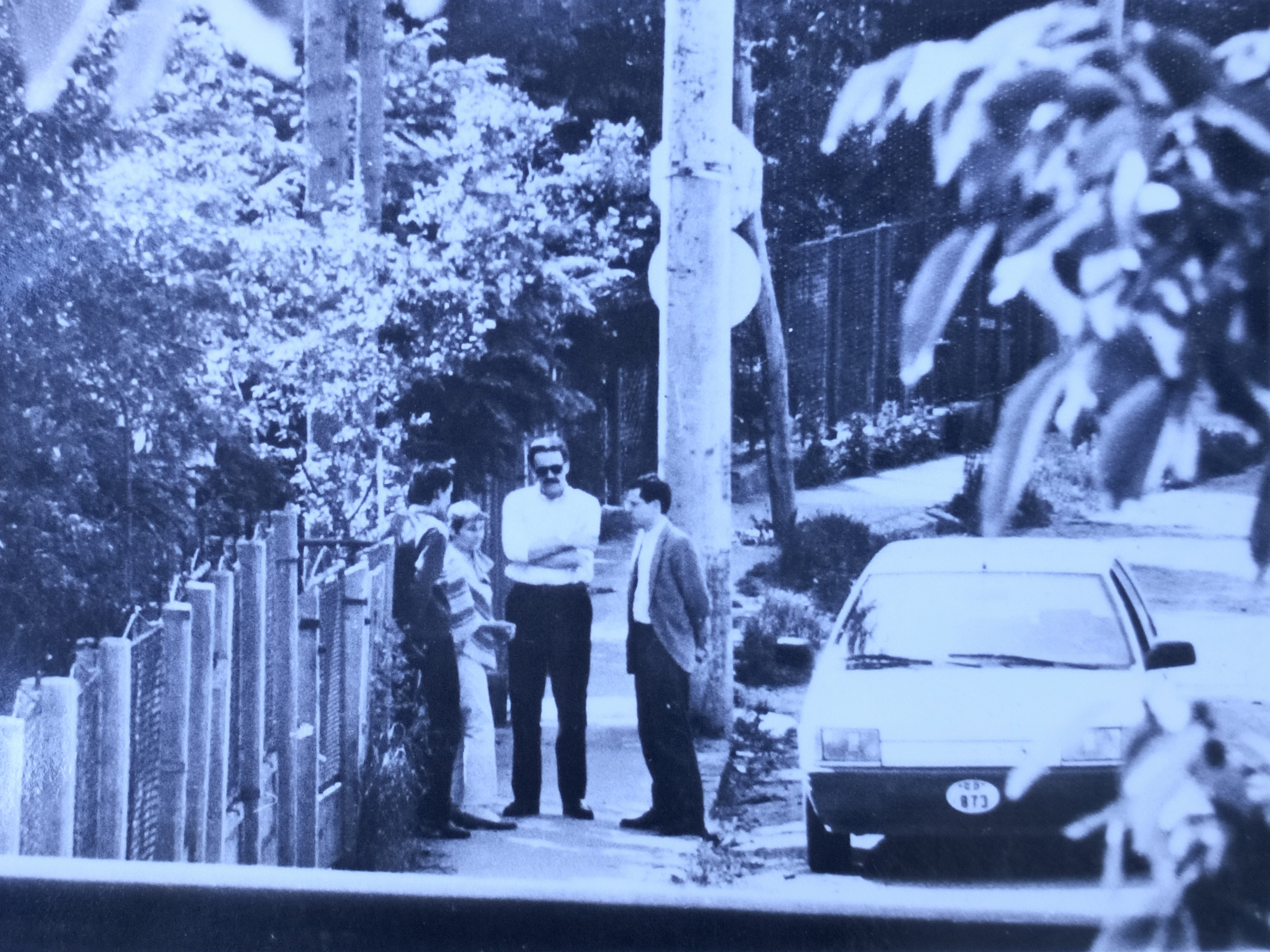 A valuable part of the Doina Cornea private collection is made up of photographs. Some of these photographs (more than a dozen), which were taken by the Securitate in the late 1980s, ended up in Cornea’s possession in a strange way that illustrates the contradictions of the turbulent Romanian exit from Ceaușescu’s dictatorship. In the late 1980s, the Securitate put Doina Cornea under strict surveillance and she became the target of harsh repressive measures on the part of the state authorities due to her oppositional activity. These photographs were taken by the Securitate during the complex operation of keeping Cornea under surveillance and were aimed at analysing her daily activity and social network. Later, the photographs were archived by the secret police in their “informative surveillance file” (dosar de urmărire informativă) on her and were usually attached to an “informative” report drafted by Securitate employees for the higher echelons of the secret police. The items remained in the possession of the secret police until December 1989. During the Romanian Revolution of 1989, Doina Cornea became a leader of the population of Cluj in revolt and acted as their unofficial representative. The Romanian army changed sides on 22 December 1989 and joined the population in revolt. In this turbulent period, the Ministry of National Defence became the institution with custody of the Securitate archives.

According to her son, Leontin Horațiu Iuhas, after 22 December 1989, Doina Cornea, as a representative of the local population, had several meetings with the leadership of the Romanian Fourth Army, which had its headquarters in Cluj. During one of these meetings, in order to show their support for the population in revolt and as a gesture of benevolence, the leadership of the Romanian Fourth Army gave Cornea several photographs from her Securitate files (Interview with Leontin Horațiu Iuhas). This gesture could be understood as an attempt of the leadership of the local military to gain the sympathy of the dissident after they had been involved in the repression of the local uprising of 21 December 1989 (Adevărul 2009).

One of these photographs shows Doina Cornea, her son Leontin Horațiu Iuhas, and two members of the French Embassy staff in Bucharest, talking in front of her home in Cluj. The Securitate was monitoring all her social contacts and tried its best to stop all contacts that were important for her oppositional activity, such as those with Western journalists and diplomats. However, after she was released from arrest in December 1987 due to international pressure, the secret police was put in the situation of having to tolerate her contacts with the staff of Western embassies in Bucharest in order to avoid international scandals. This photograph reflects the paradoxical situation of Doina Cornea, who was practically forced into house arrest, but was able to meet the diplomatic staff of Western embassies due to her international reputation.

Adevărul. 2009. “Exclusiv Topliceanu: ‘Armata nu a avut ordinul de a trage în populaţie’“ (Topliceanu in exclusivity: ‘The army had no order to fire on the people’). December 21, 2009. Accessed June 25, 2018. https://adevarul.ro/locale/cluj-napoca/exclusiv-topliceanu-armata-nu-avut-ordinul-trage-populatie-1_50aeac277c42d5a6639ef3bf/index.html