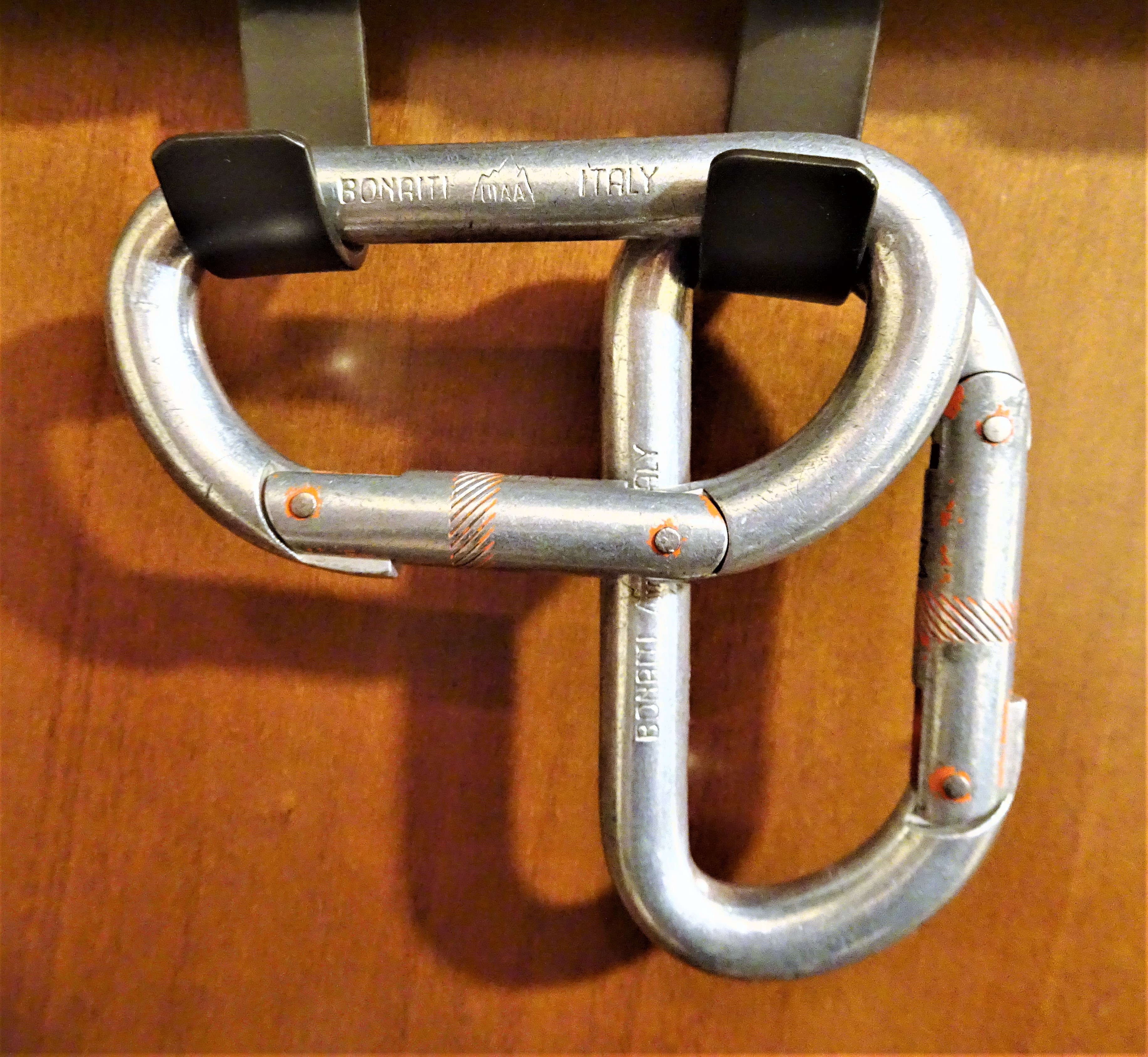 Among the climbing items that could not be improvised, and which indeed it was not advisable to try to improvise, Dragoș Petrescu points to two in particular: climbing rope and karabiners. “In both cases, you’re playing with your life if you try to improvise,” he emphasises. “My father was at mathematics congress in Greece and he brought me from Athens a Simond karabiner (French) made of Zicral (zinc-aluminium alloy). In the mid-1980s, it was something exceptional to have that kind of thing in Romania; it was very light; it had a safety catch, and it was very sturdy. I received it in 1984. It is historic, I might say, and has a great affective role for me.” Around the same time two Bonaiti karabiners (an Italian firm now called Kong) came into his collection. They had belonged to one of the great Romanian climbers of the time: Mihai Pupeza. “My acquisition of the Bonaiti karabiners happened in 1983, or more likely early 1984. These were items that had to be procured from the West and they were truly the essence of mountaineering equipment. They were, in a sense, the keystone of the personal equipment with which we went to the mountains,” says Dragoș Petrescu. All three karabiners are to be found today in his private collection and are in perfect working order.