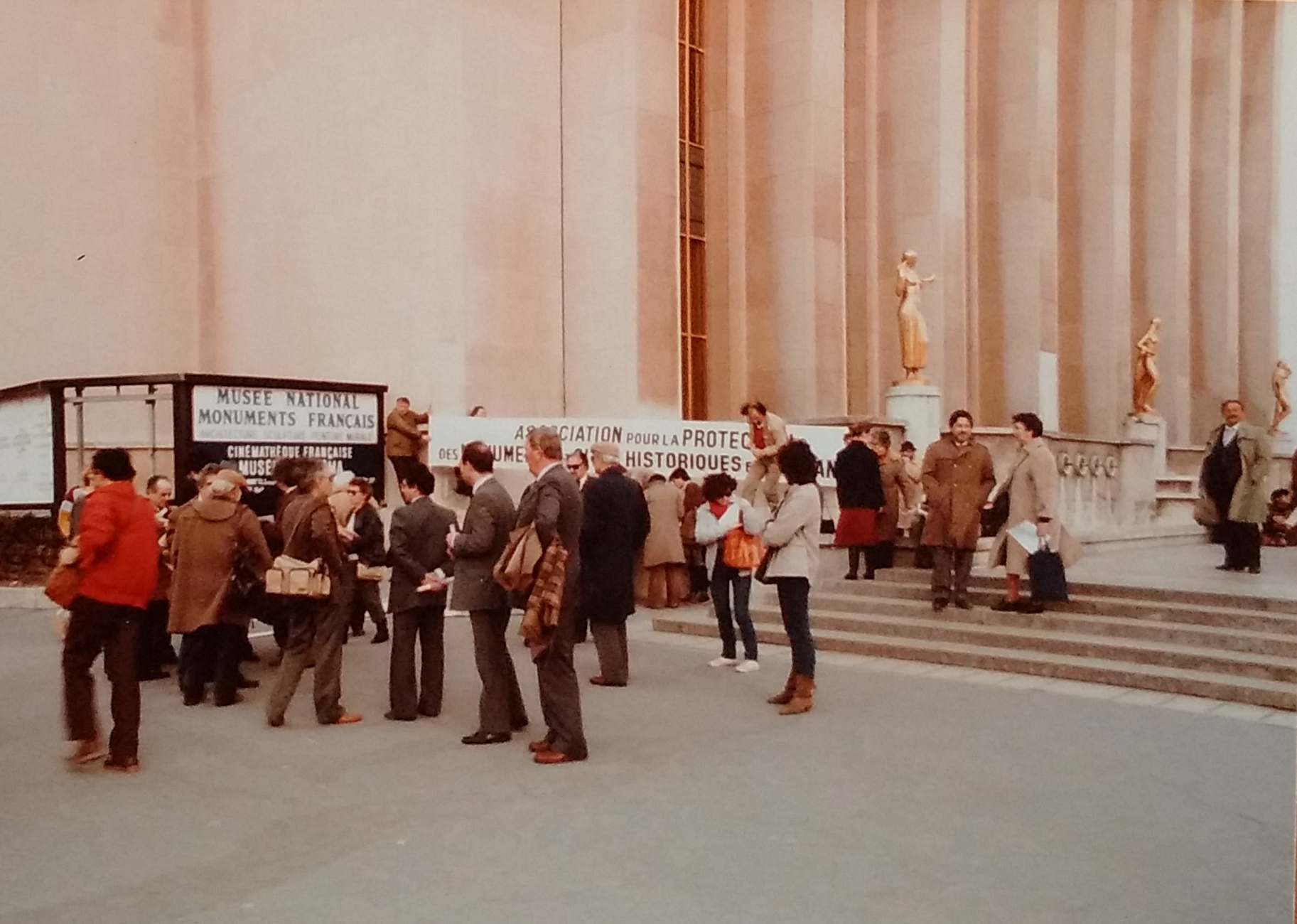 Ștefan Gane (b. 1924, Bucharest, d. 1988, Paris) was a Romanian architect who asserted himself in the Romanian exile in France from 1985 when he set up in Paris the International Association for the Protection of Monuments and Historic Sites in Romania. This association was established in order to present to political decision makers and international public opinion the project of the communist regime in Romania for the destruction of Romania’s architectural and urban heritage. The actions taken by this association focused on dissemination of information on the demolition of the city centre of Bucharest, as part of the project devised by the authorities of the totalitarian regime in order to reconstruct it according to the communist architectural vision. Ștefan Gane was joined by a series of personalities of the Romanian exile community who, together with him, wrote letters and memoirs to Western officials (for example, to the President of France, François Mitterrand), to international organisations such as UNESCO, and to the editorial offices of foreign publications. They also organised protests in the streets of Paris, the goal of which was to inform and mobilise public opinion in the West to such an extent as to trigger an external intervention to hamper the destruction project planned by the Ceaușescu regime.

Prior to his emigration to France, Ștefan Gane worked as an architect in his hometown. In Bucharest, he started to express his dissatisfaction with the communist regime in 1977 after the earthquake, which served as a pretext for the destruction or mutilation of many historic monuments. His dissatisfaction was related to the Bucharest systematisation programme of the Ceaușescu regime. Against this background, Ștefan Gane started to pursue a cultural opposition activity directed against the arbitrary policy of the Ceaușescu regime aimed at annihilating an essential part of the national past. In this connection, between 1977 and 1985, when he emigrated to France, he secretly photographed a series of historic monuments that were destroyed or mutilated by the Communist authorities. His purpose was to preserve the memory of some national heritage monuments and gather testimonies for future generations about the Ceaușescu regime's policy of transforming the urban landscape and destroying what did not fit the communist vision of national heritage. After settling in Paris, he publicly and openly expressed his views on the demolition project devised by the Ceaușescu regime. He died of cancer in Paris in 1988, and was buried in the Père-Lachaise cemetery, where a number of prominent personalities are buried.

His activity, however, was continued by a former colleague from the Faculty of Architecture in Bucharest, Sanda Budiș, who joined his actions from 1985 to 1988. On 10 May 1988, she founded the Association for the Protection of Villages, Monuments, and Historic Sites in Romania based in Switzerland. Among other activities, this association dealt with the establishment of partnerships between Swiss and Romanian villages, which were organised by Opération Villages Roumains (OVR). OVR was founded in December 1988, in Belgium, with the purpose of adopting and saving all 13,123 Romanian villages, which, according to Ceaușescu's announcement, should have disappeared from the map. The OVR action managed to take on a considerable scale in just a few months, with the creation of committees of this association in France, the Netherlands, Switzerland, Sweden, Great Britain, Italy, Spain, Norway, and Denmark. Basically, OVR followed an already existing model in postwar Western Europe, aiming at creating partnerships between localities with a similar economic and geographical profile in order to create local development opportunities through joint efforts as well as transnational solidarities. Although there had been partnerships with localities in Eastern Europe, OVR was without a correspondent in the Communist bloc, considering the magnitude and speed of its evolution.