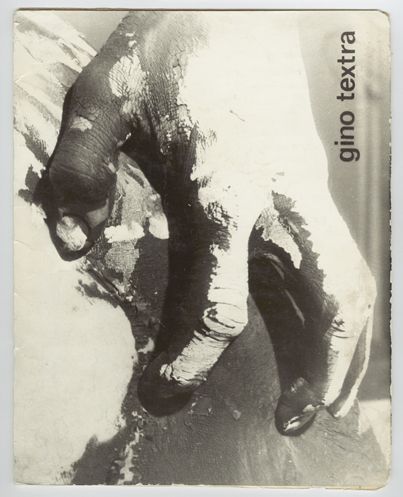 Gino Hahnemann released his texts in samizdat publications. He self-published at least three artist’s books containing his poetry in the middle of the 1980s. They are literary testimonies in and of themselves, however, their simple appearance also conveys the means available to those desirous of publishing outside of the official literary scene. Hahnemann printed his creations in runs of fifty copies, and designed them relatively plainly. The artist’s book presented here is one of them from 1987 and titled “gino textra”.