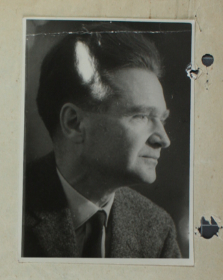 In this letter Emil Cioran reacts to the news received from his parents who had written to him about the conviction of his brother Aurel Cioran for his involvement in the Legion of the Archangel Michael. He was to spend the following seven years in political prisons. In this context, Emil Cioran approaches in a critical manner the former involvement of them both (he and his brother) in the Legionary Movement. The importance of the text consists in the insights it gives us into the process of critical evaluation of his former allegiance to the Romanian fascist movement. Emil Cioran expresses his disappointment that his brother continued to support the Legion after 1945. He states that this political movement “led only to the unhappiness of its followers” and mentions that he had warned his brother about the possible consequences of his involvement in the Legion. Finally, he ends his argument by saying that: “This is the consequence of an absurd faithfulness.”  Nevertheless, Emil Cioran had been a supporter of the Legion at least until 1941. Cioran’s critical evaluation of his former political sympathies was a process that occurred gradually after 1945 (Zarifopol-Johnston, 10). Besides the valuable information to be found in it, the letter has literary value in itself. The literary style characteristic of Emil Cioran is recognisable in some sentences of the letter, such as: “Life is a sinister comedy written by the Devil.”
Taking into account the tragic situation of his family, Emil Cioran felt embarrassed to speak about his editorial success in France and he starts the second part of the letter by presenting his news as a consolation for his parents. This news concerned the publication of his first book in French, entitled Précis de décomposition. This book was published at Gallimard Publishing House in 1949 and a year later it received the Rivarol literary award. This part of the letter also reflects the difficulties encountered by a foreign writer in his endeavours to be integrated in the French contemporary literature milieu and to write in a foreign language.