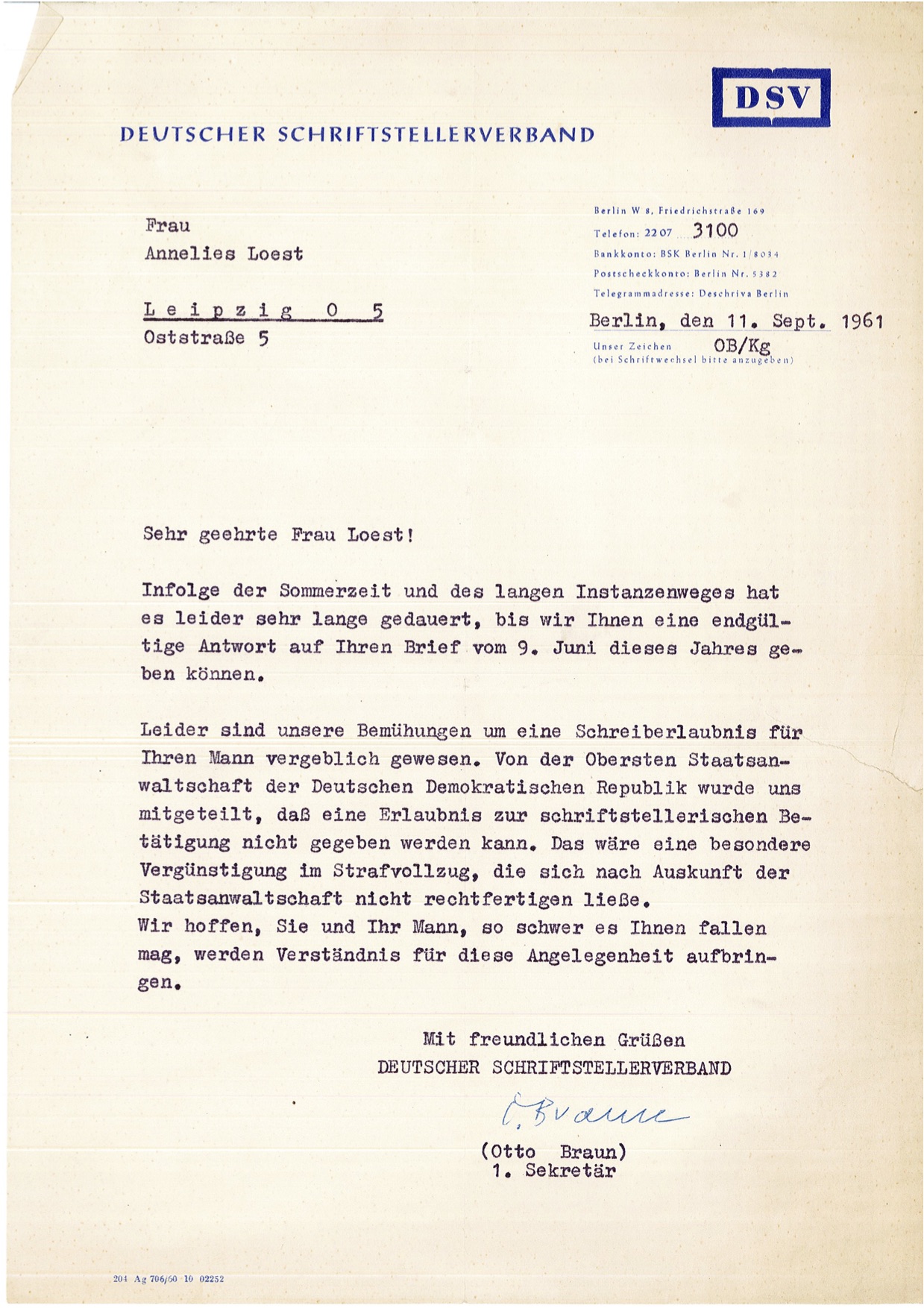 This letter, written on September 11 1961, from the Schriftstellerverband to Annelies Loest, pertains to the period of detention of 1957 to1964 of her husband, author Erich Loest. After events involving the suppression of the People’s Uprising on June 17 1953, the author was increasingly critical of the German Democratic Republic regime. When he expressed his view on the need for de-Stalinisation, Loest was arrested in 1957. Considered a problem to the regime due to supposedly “forming counter-revolutionary groups,” he was sentenced to seven-and-a-half years in prison, which he served at the Bautzen II prison. During the sentence, Loest was banned from writing. The Schriftstellerverband petitioned for repeal of the ban. In the letter, the association informed Annelies Loest that the head of the GDR Public Prosecution Office had denied the petition, deeming a lift of the ban to be “special treatment within the penal system,” which was considered un-justified.