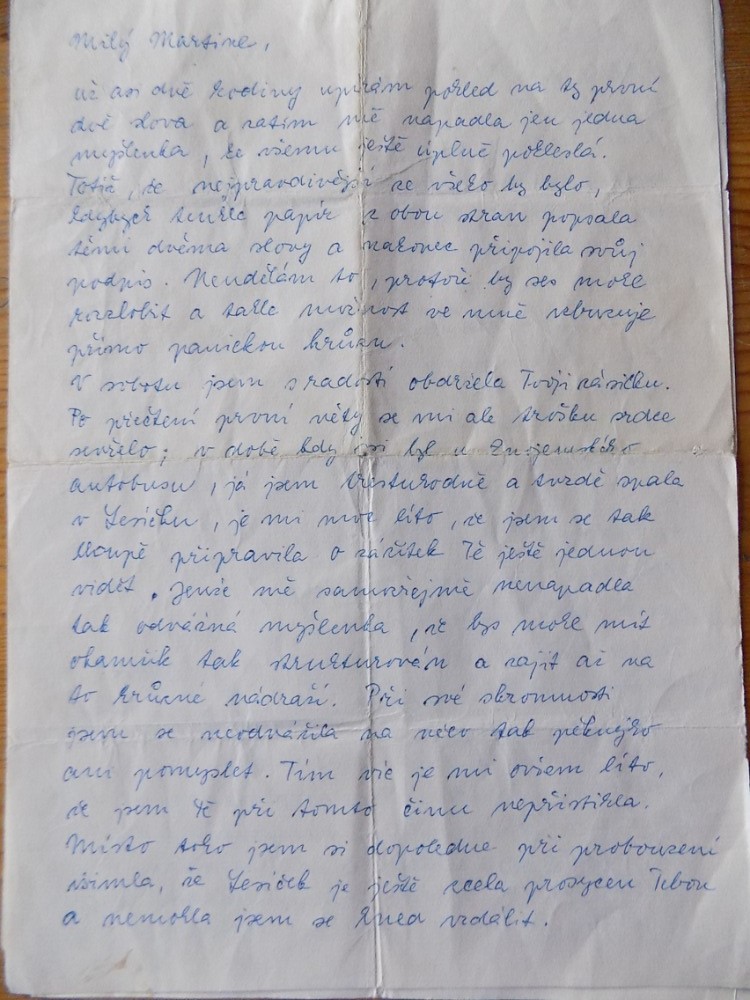 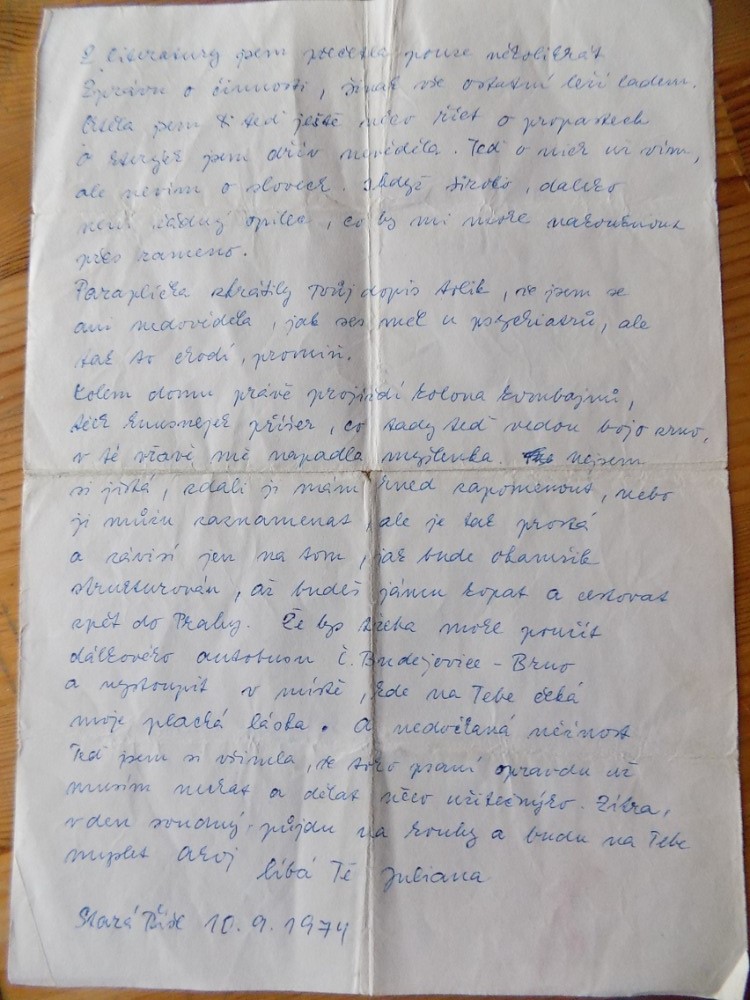 This letter from Juliana Jirousová (then Stritzková) to Ivan Martin Jirous, the key figure of the Czechoslovak underground, from 10 September 1974 is the first of the letters stored in the library Libri Prohibiti. This letter was not sent to prison, unlike the rest of the collection. This is perhaps why it has not yet been published and is unknown to most people. The letter was written before the wedding of I. M. Jirous and J. Stritzková in 1976 and was not the subject of censorship. There is some interesting information about relationships in the underground, friendships, as well as the everyday life which I. M. Jirous and Juliana Stritzková led. In the letter, Stritzková mentioned songs by Karel Soukup (alias Charlie, a Czech underground songwriter), the married couple the Daníčeks (Jiří Daníček was a poet, playwright, script writer, translator and political prisoner. His wife Vlasta, called Amálka in the letter, was Juliana’s best friend), and also about the psychiatric sessions Jirous had to attend.