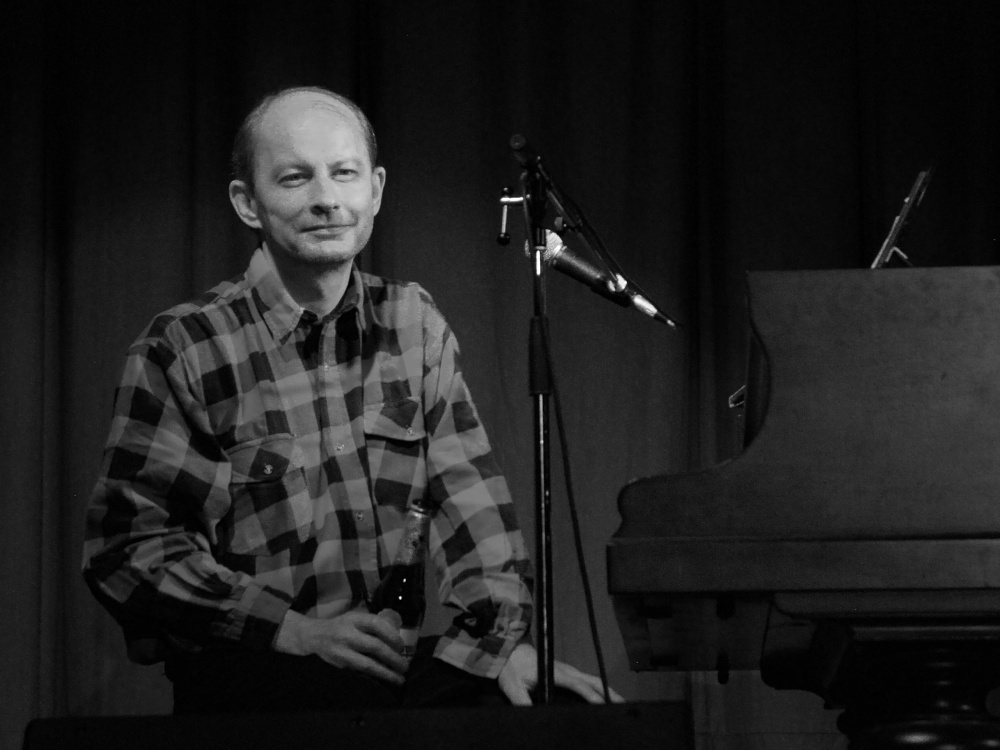 Filip Topol was a Czech musician, pianist, frontman and singer of the group “Psí vojáci”. He came from a family of artists; his father was Josef Topol (1935–2015), a playwright and signatory of Charter 77, his brother is the writer and poet Jáchym Topol (1962). He started to perform in 1979 when he was just thirteen years old, when his group “Psí vojáci” performed for a closed circle of people around Václav Havel before a concert by “The Plastic People of the Universe”. Since the 1980s, “Psí vojáci” have been an important band on the Czech rock scene, however, they performed semi-legally until 1989, using the cover name “P. V. O.” (“Psí vojáci osobně”; Psí vojáci personally). The music of “Psí vojáci” was originally inspired by the underground scene but also combined chanson with rock, jazz and classical music. Filip Topol was the composer and writer of most of the band’s lyrics until his death in 2013, which also meant the end of the band. In addition to his activities on the music scene, he also published several novels. He played a major role in the film “Žiletky” (directed by Zdeněk Tyc, 1994), which Psí vojáci also composed the soundtrack for.