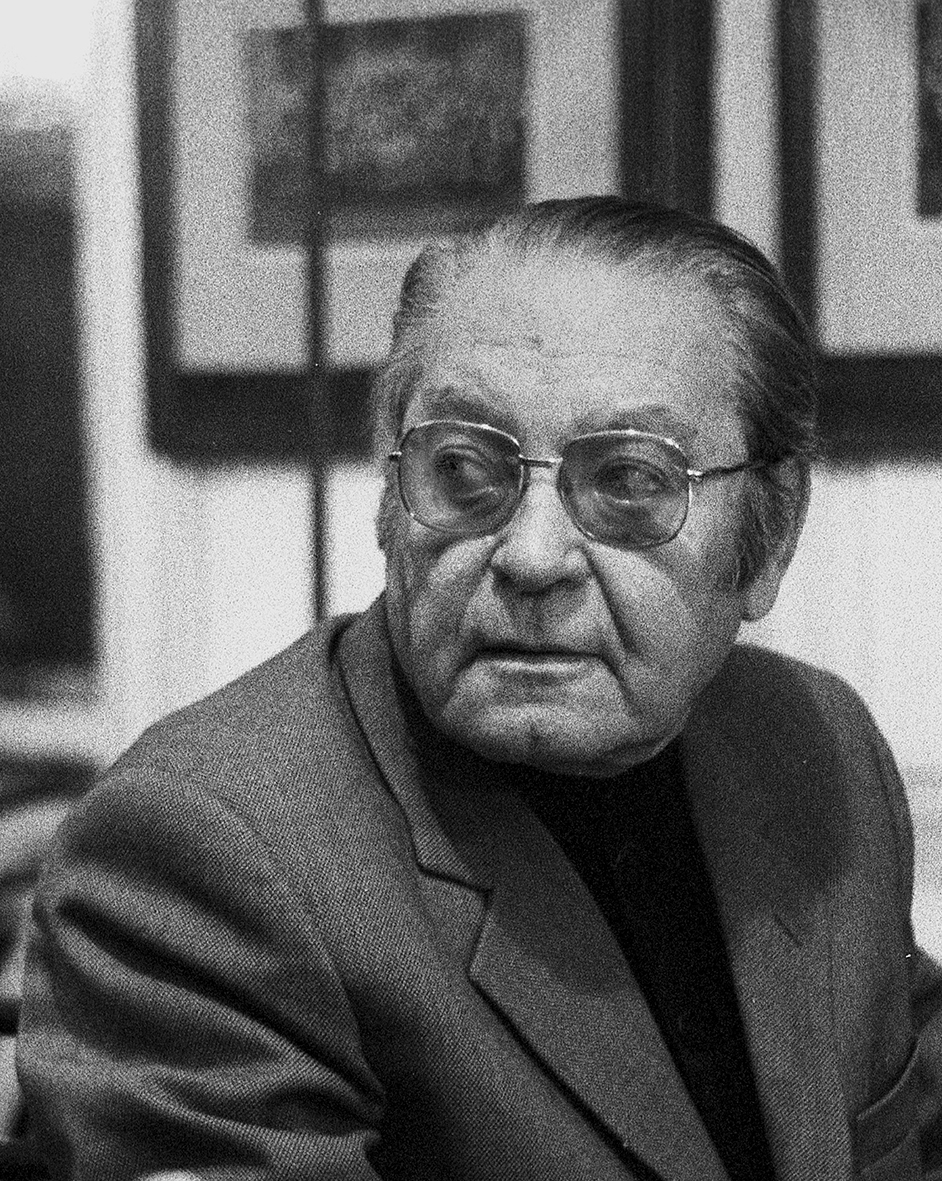 Jindřich Chalupecký was a Czech literary and art critic, theoretician and historian. He studied at the Faculty of Arts at Charles University in Prague, however he did not finish his studies. He briefly worked as a teacher and, later in various arts organisations, such as The Czechoslovak Union of Visual Artists. From 1930 he published literary and art critiques, and later studies and essays. Some of them were also issued as book editions. He dealt with post-surrealistic crisis of European avant-garde movements in particular. Starting in the 1940s, he co-organised exhibitions. He was a theoretician of the art movement Skupina 42 (Group 42) founded in 1942. The group did not have any defined program, however artists associated with this group were primarily interested in cities and an urban way of life.

Chalupecký could not publish after the Communist takeover in Czechoslovakia in 1948 as his writings and attitudes diverted from then required socialist-realism. However, his works could officially circulate during the short liberalization period in the 1960s. From 1965 to 1970 he managed the Václav Špála Gallery in Prague. During this period, many important exhibitions were organised there, including the exhibition of Marcel Duchamp’s works in 1969. From the beginning of the 1970s, after the suppression of the “Prague Spring”, he once again became a “banned author”. Thus, he published in samizdat or in exile and foreign magazines. During normalization, Jindřich Chalupecký became an important and uniting figure of Czechoslovak unofficial art as many painters and sculptors visited him regularly. Chalupecký also saw some positive aspects of the impact of normalization on artists. According to him, artists were forced to create under the political pressure, however, at the same time, they were freed from the harmful commercial influence.

Chalupecký’s texts were officially issued as re-editions or anthologies only after 1989. Today, Chalupecký is considered to be the most influential personality of the Czech art theory of the second half of the Twentieth Century. His specific and original writings about art can be hardly imitated or surpassed. The legacy of Jindřich Chalupecký has been disseminating since 1990 through the prize named in his honour, the Jindřich Chalupecký Award. This prize is annually awarded to young visual artists under 35 years old.