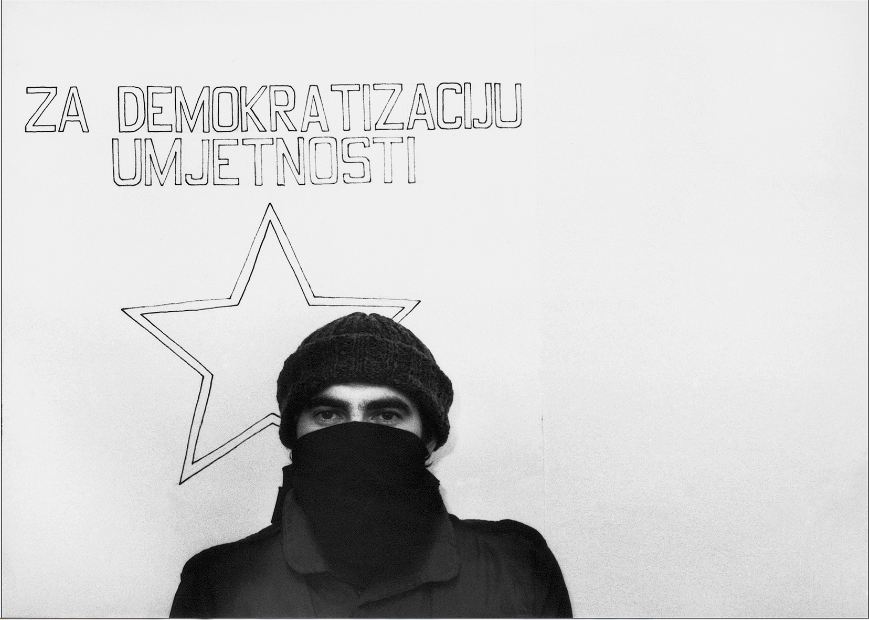 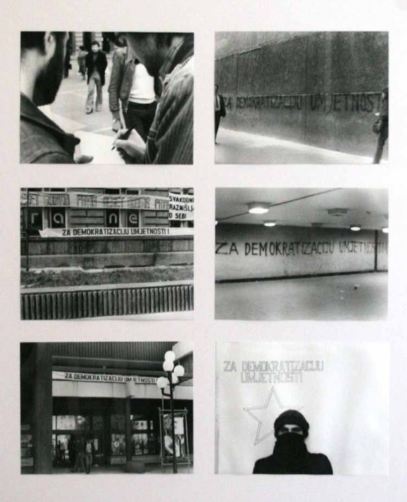 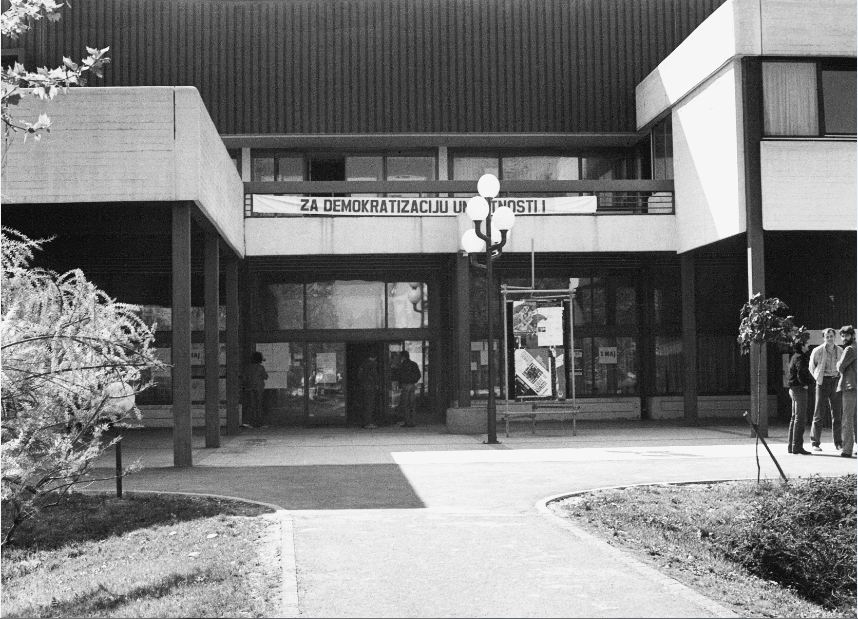 The For the Democratization of Art Collections contains six photographs representing the activist work (i.e. performances) of the Croatian conceptual artist Marijan Molnar from 1979 to 1983. The work consists of a series of performances in which the author drew graffiti and hung banners with the message "For the Democratization of Art" in Zagreb, Belgrade and Ljubljana, collected signatures for a 'petition' on Republic Square in Zagreb, had his picture taken dressed as a terrorist for the student newspaper and presented an installation at the Koprivnica Gallery. Through this work, Molnar tried to point out the influence of politics on art in socialist Yugoslavia, at the same time seeking freedom of action for artists.