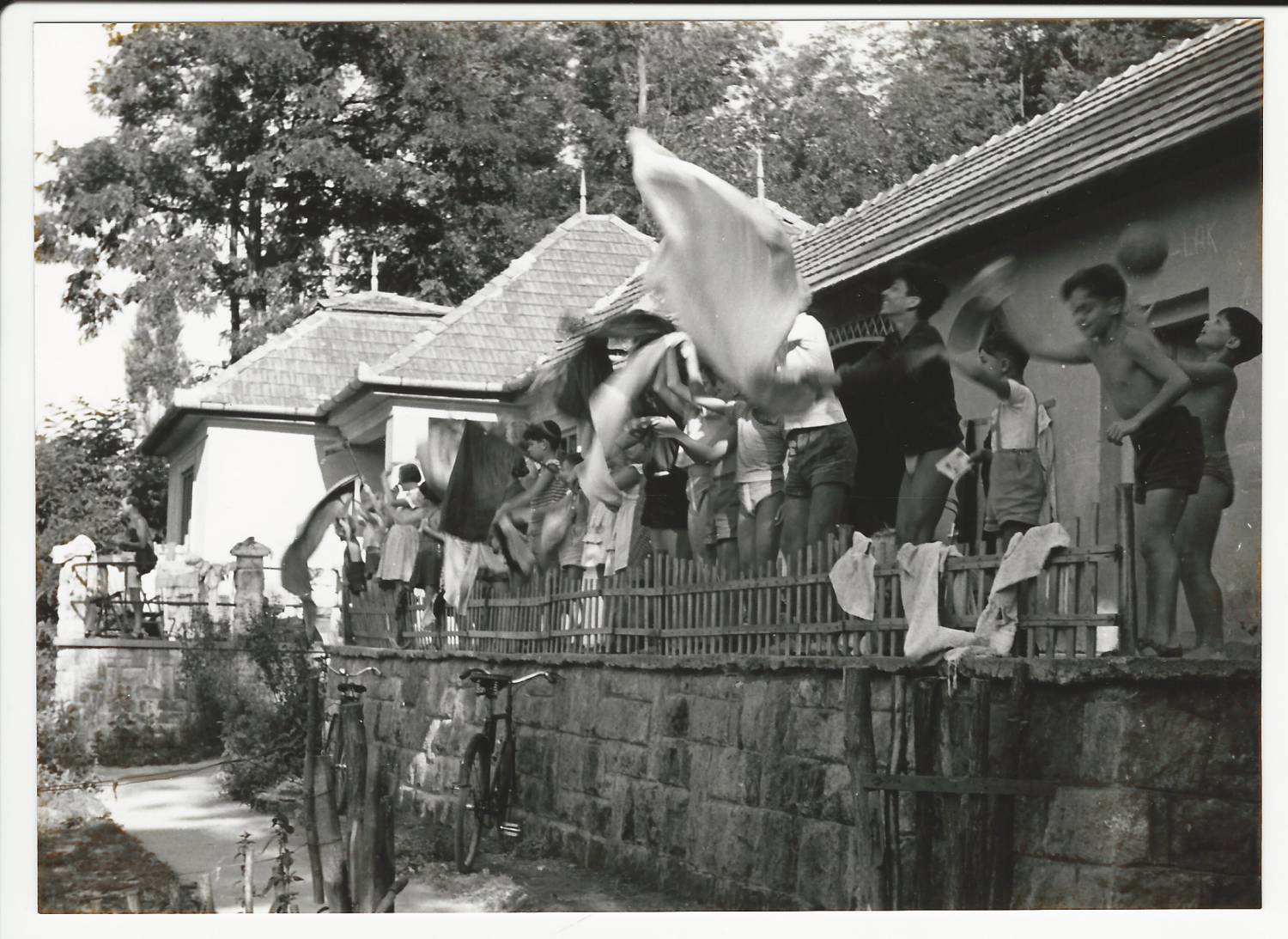 From 1938 until 1978 (i.e. under different political regimes, namely those of Horthy, Rákosi, and Kádár), a unique summer festival of sorts (“nyaraltatás”) was held not far from Budapest on the shores of Lake Bánk (over the course of 40 years, more than 800 children took part in the festivals). It was organized by Eszter Leveleki in the spirit of the reform pedagogy movements of the1920s and 1930s. The festivals were a separate and liberal universe which was shaped by certain cultural (roleplaying) and collective practices. Accordingly, they ignored and implicitly challenged the dominant cultural-social norms. The tangible heritage of the festivals (e.g. various objects and items) has been preserved by the participants, especially by private collectors Ferenc Fábri and Ferenc Háber.