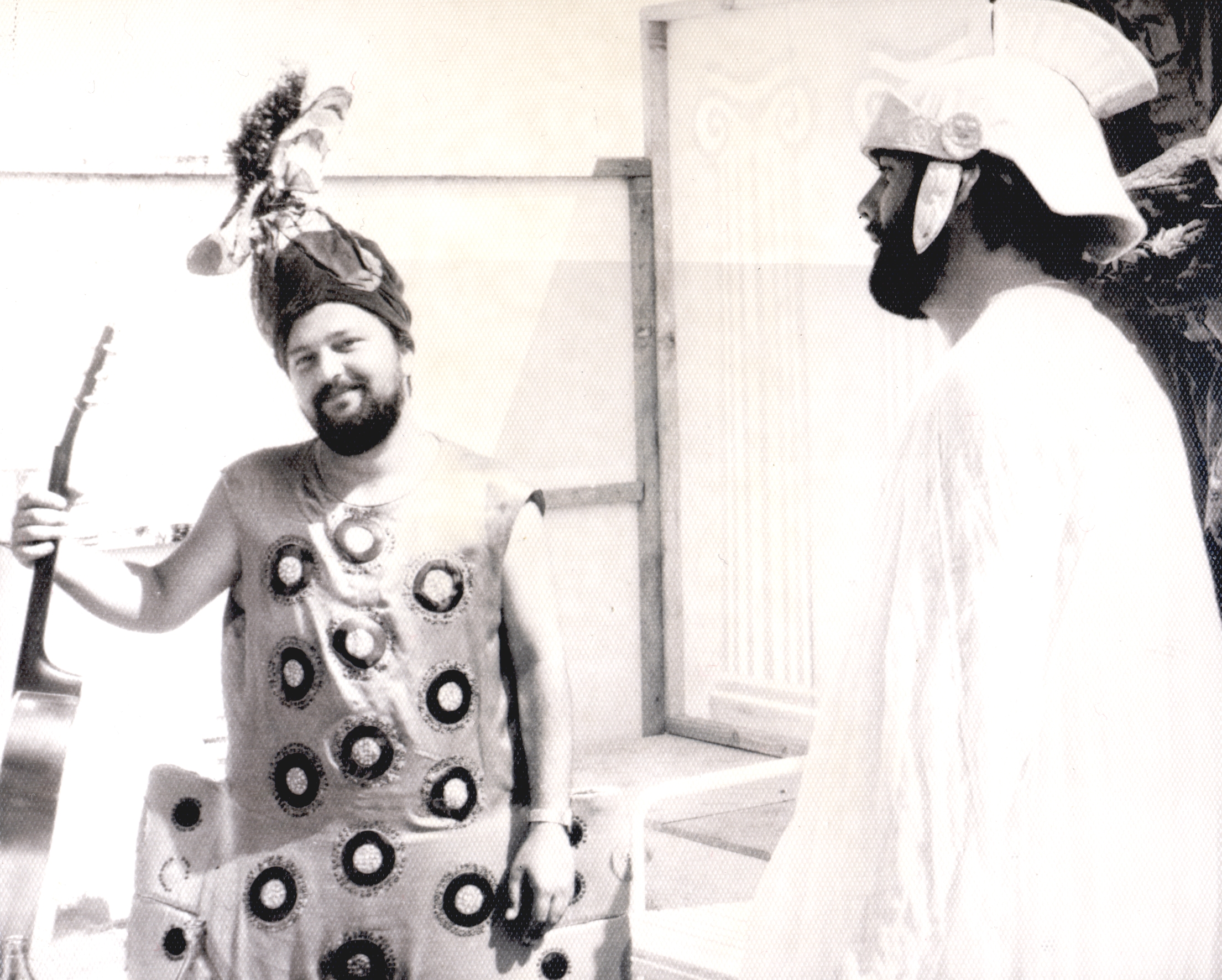 The “Festivals of the Sea” were the quintessence of the artistic and sporting programmes organised in the Costineşti resort before 1989. They represented a sort of festival of festivals and competitions that lasted continuously for forty-eight hours. Without exception, they took place in the last weekend of August, in order to mark the end of the summer holiday and the inevitable return to “real” life until the next season of “alternative” events. The Andrei Partoș – Radio Vacanța-Costinești Private Collection includes a consistent corpus of photographs taken during the extremely popular “Festivals of the Sea,” from among which several samples can be seen on this registry.

One of the most appreciated moments of the programme consisted of the Rock Galas, a marathon rock concert (quite an uncommon event in those times) in which the most famous groups of the day took part. Rock music had a marginal status in communist society, being perceived as a substratum that was subversive towards the regime. The “Book of Records,” which is another featured item of this collection, also played a role in these festivals. This document was continually being added to during the summer season, but the “Festivals of the Sea” marked the culminating moments of these unconventional competitions. Both the competitions themselves – which were unusual and very engaging – and their presentation on Radio Vacanţa-Costineşti enjoyed a high level of interest on the part of young people in the Costineşti resort.

Nevertheless, the star element of the “Festivals of the Sea” was the comedy troupe Divertis, led by Toni Grecu. This group made a name for itself with humorous sketches at the limits of what could be accepted by the communist regime. The memory of their performances of that time still endures today. They were also the organisers of a parade in which the god Neptune, with features and speech that were explicitly ironic and modernist, arrived in the resort and directed the proceedings.

In 1989, there was even a very serious Securitate investigating in connection with certain aspects of the programme of the “Festivals of the Sea.” Silviu Petcu, a member of the Divertis troupe, who played the role of the god Neptune every year, recalled this episode in a public intervention after 1989: “We were putting on the ‘Festivals of the Sea’ at Costineşti. There was a tour by Neptune that was broadcast from the beach. Mr Andrei Partoş was witness to this event; he made programmes on Radio Vacanţa. And an hour or two before Neptune arrived, we presented the journey of Neptune by sea. Some short texts, of four or five minutes, had to be written. It happened that that summer Ceauşescu was away abroad, and we chose to transmit precisely from the countries where he had gone, countries in Asia and Africa. Neptune was a sort of Ceauşescu. We talked about African rituals, etc. And someone let on about it. The Securitate people came the next morning to take the tapes. But Partoş got a tip-off by phone and he recorded folk music over the sketches. We always had someone protecting our backs. The people from the UTC [Uniunea Tineretului Comunist – Union of Communist Youth], the police, and even the Securitate, who were more open, realised it was stupid to be heavy-handed with us, because we were just making some jokes.” The episode is confirmed by Andrei Partoş: “That’s how it was. We had to destroy some cassettes. Something very nasty could have come out of that episode.”

Căutiș, Alexandru. 2013. “Nimic din Vama de azi nu era in Costineștiul de ieri” (Nothing in the Vama of today was in the Costineşti of yesterday). Kamikaze, July 28. Accessed October 25, 2016. http://www.kmkz.ro/de-pe-teren/interviu-dezvaluiri/andrei-partos-nimic-din-vama-de-azi-nu-era-in-costinestiul-de-ieri/