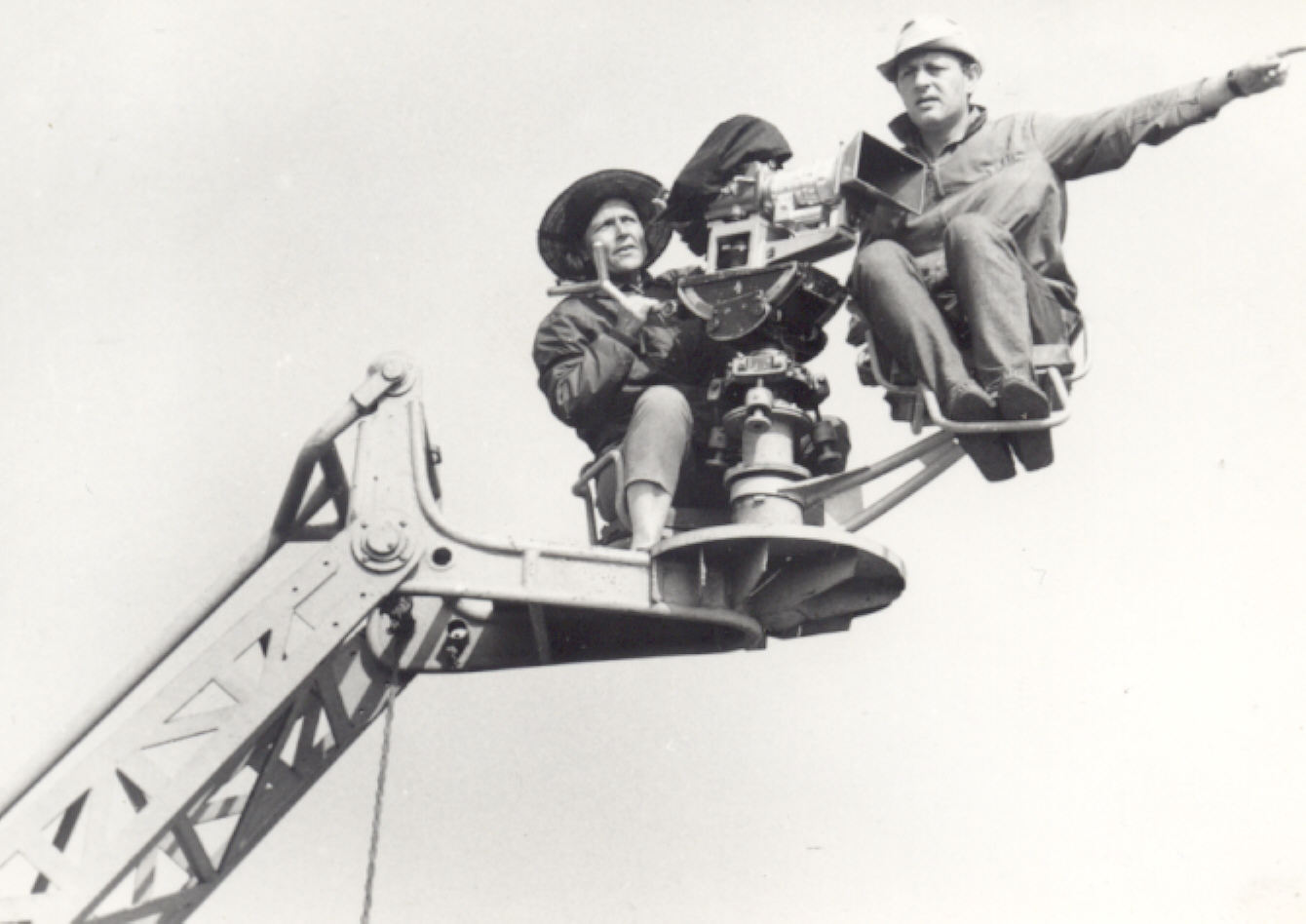 Binka Zhelyazkova is the first female director of Bulgarian feature films, one of the few women-cinematographers in the 1950s and 1960s on a world scale.

B. Zhelyazkova graduated in stage production from the State Higher Theatrical School in Sofia in 1951 and began working as an assistant director at Boyana Film Studios. She directed two documentaries and seven feature films five of which together with her husband, the script-writer, poet and writer Hristo Ganev. The two artists belonged to the first generation of communist intellectuals trained by the new authorities. They were both convinced communists, participants in the communist resistant movement during World War II and in the establishment of the new authorities. (Bonka Zhelyazkova became a member of the Labour Youth Union in 1939; since 1947 she was a member of the communist party, at that time Bulgarian Workers Party (communists)

However, with their very first movie, "Life Flows Quietly By..." ("Partisans") (1957), the artistic couple became inconvenient for the totalitarian authorities. The film was one of the first in the Eastern Bloc which revealed the gap between the socialist state and the communist ideal, presented the crisis in the ethics, the moral lapse, the corruption and abuse of power by the former partisans who filled high posts in the party. The movie provoked an ideological scandal, it was banned by a ministerial decree and there was a prohibition of talking/writing about it. It finally reached the public in 1988, 31 years after its creation.

Binka Zhelyazkova made engaged vanguard cinema. With all her works, the director related about her disappointment in the totalitarian regime and the dogmatism of the socialist realism, strongly criticizing the methods and policies of the Party, giving and searching answers to existential questions about freedom and compromise, the value of life and the meaning of ideals. In her feature films Zhelyazkova experimented with daring artistic techniques and profound metaphors and developed her own artistic style comparable to the one of Federico Fellini and Andrei Tarkovsky. Most of Zhelyazkova's films were made up to the standard of surrealism and the so-called magic realism which were opposed to the socialist realism with their way of thinking and aesthetic.

The two documentaries of Zhelyazkova, "Obverse and Reverse" (1981) and "Lullaby" (1982), are philosophical essays on crime and punishment, guilt and redemption in which the author uncompromisingly shows the attitude toward female prisoners in a socialist prison.

In the attitude of Binka Zhelyazkova, convinced communist, toward the authorities one could trace the moral uneasiness and the withdrawal of the left-wing intellectuals from the totalitarian power. At the same time, in the attitude of the authorities toward her work one could clearly see the means used by the socialist state against the intellectuals: ban of films and creative projects, dismissal, attempts at "buying" someone's loyalty/obedience by honouring or appointing to a good post. Because of her declared civil stand and vanguard creative decisions, Binka Zhelyazkova was put under a constant pressure – periodical punishments such as bans of her works, temporal prohibition of working, publishing of assigned articles on her films in the specialized press criticizing the wrong political stands or the "political mistakes". At the same time, in the 1960s Binka Zhelyazkova received a Dimitrov Award, the highest state honour of People's Republic in Bulgaria for contribution to the field of science, art and culture.

The distinguished creative personality, a bright example of professionalism and creativity, replied to the constant pressure with an invariable refusal to make assigned films; thus, she found herself in a situation where it was impossible to realize her ideas. In all her works Binka Zhelyazkova put to the fore the discrepancy between the communist ideal and the reality, the use of power for personal purposes in favour of "retail" life, the accommodation and conformism; she searched for answers to existential problems about freedom and compromise. Sanctioned and restricted in socialist Bulgaria, Binka Zhelyazkova's films made up to the standards of the vanguard metaphorical-expressive style defined as the "Bulgarian new wave" were highly acknowledged at various international festivals – in Cannes, Moscow, Montreal, Berlin, Brussels, Cartagena, Karlovy Vary.

Because of her constant efforts to break the dogmatism of the ideology and the socialist realism, Binka Zhelyazkova was referred to as "the rebellious" and "the disobedient girl of the Bulgarian cinema". As a script-writer, her husband, "the uncompromising stoic", the dramatist, the poet, the writer Hristo Ganev, was always by her side throughout her creative way.

For a short period of time Binka Zhelyazkova was director of the Bulgarian section of the international organization "Women in Film" established during the conference of the women in cinema – KIWI, in Tbilisi (1989). In 1996 she was proclaimed the face of cinema in Eastern Europe; her portrait appeared on the cover of the collection "MovEast" but soon after that she retired into private life for health reasons.

For their artistic and civil stand, in 2007 the artistic duo Binka Zhelyazkova and Hristo Ganev were awarded a Prize of the Ministry of Culture for overall contribution to the Bulgarian cinema.

Today, the work of Binka Zhelyazkova is examined more broadly, beyond the ideological views, as posing the question of the diluting of the moral frames in the modern society, of the degrading of the ideals to the everyday comfort.