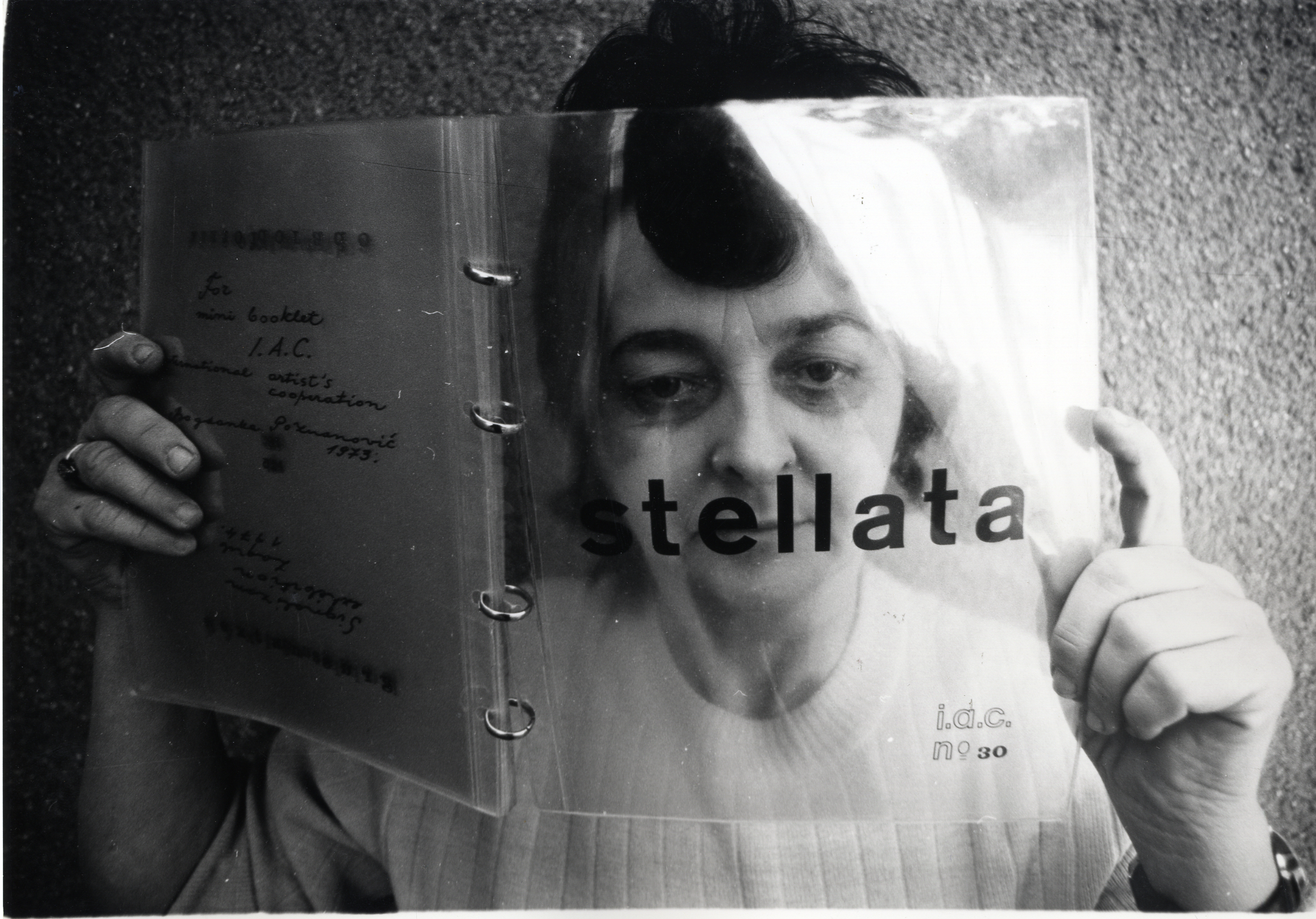 Bogdanka Poznanović was an artist who researched classical and contemporary visual media, painting, and “mail art”.

Poznanović was born in Begeč in 1930, and graduated from the Academy of Fine Arts in Belgrade in 1956, under the guidance of Professor Milo Milunović.

Poznanović was among founders and editors Tribina mladih and among the first contributors to Polja where she worked as an art critic.

Bogdanka Poznanović taught artistic elements in visual research at the Academy of Arts in Novi Sad. She also founded the Visual Studio for Intermediate Research, which introduced video art into the teaching process. She also lectured with video projections in Ferrari (1984) and was guest professor at the University of Contemporary Art (DAMS) in Bologna (1985).

Bogdanka Poznanović received several awards, beginning with the second prize for painting at the exhibition Mladi – likovno stvaralaštvo [Youth - Art Creation] in Belgrade, and in 1959 and she won the Zlatno Pero prize in Belgrade in 1962.
Currently, the award given by the Videomedeja International Video Art Festival in Novi Sad bears her name.

Starting in 1956, Bogdanka Poznanović contributed to a number of group exhibitions in Yugoslavia and abroad. She died in 2013 in Novi Sad.