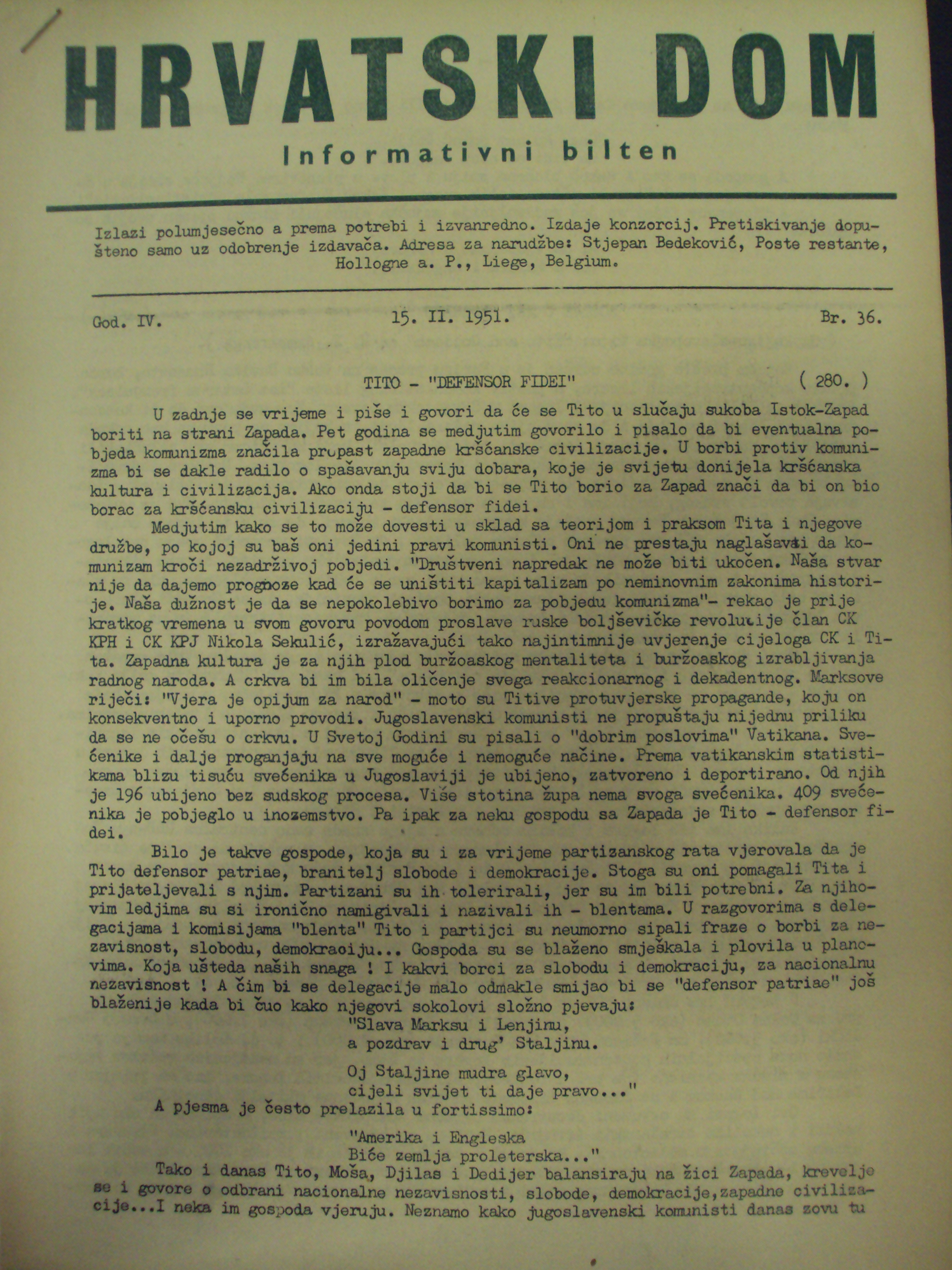 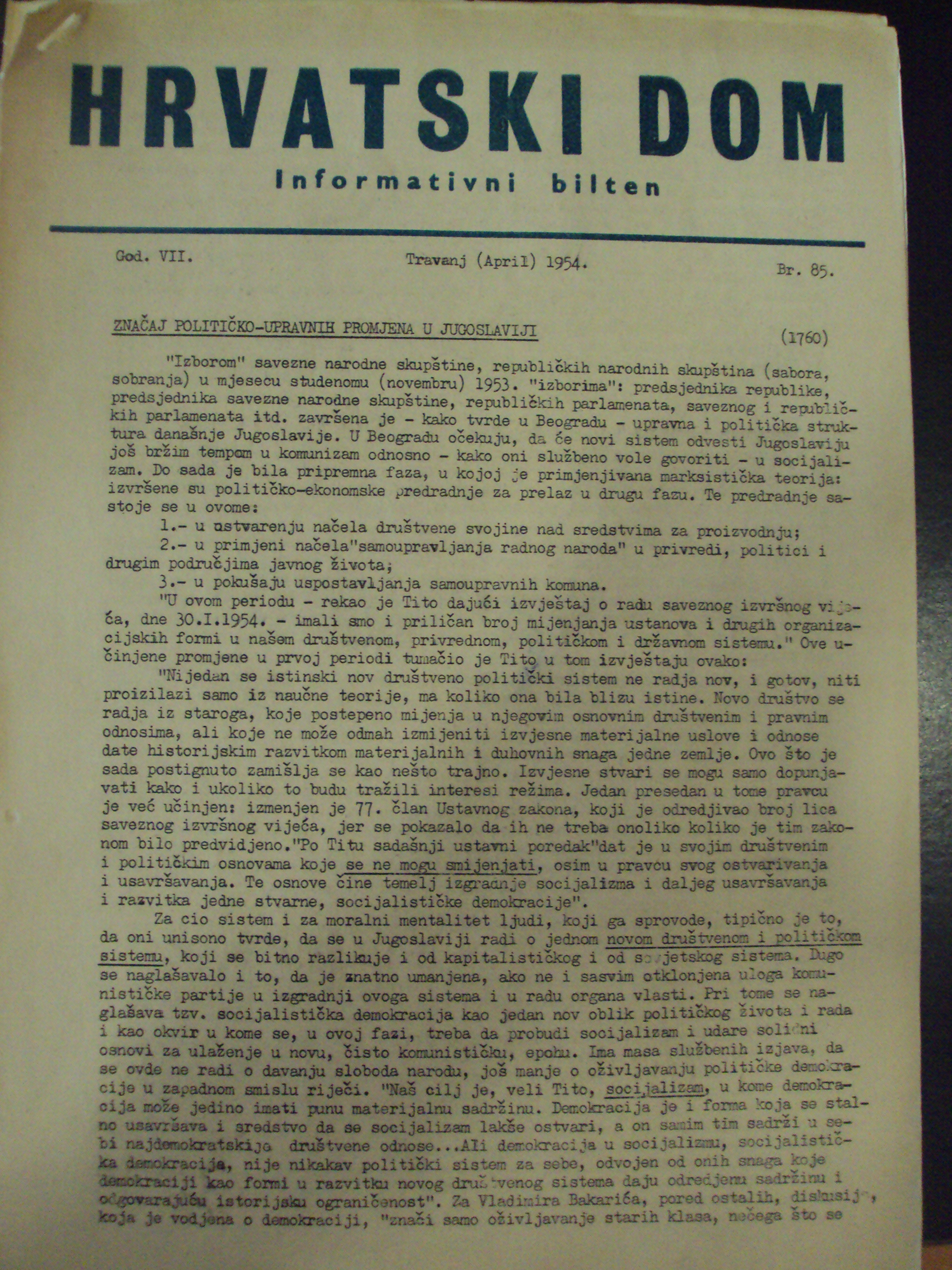 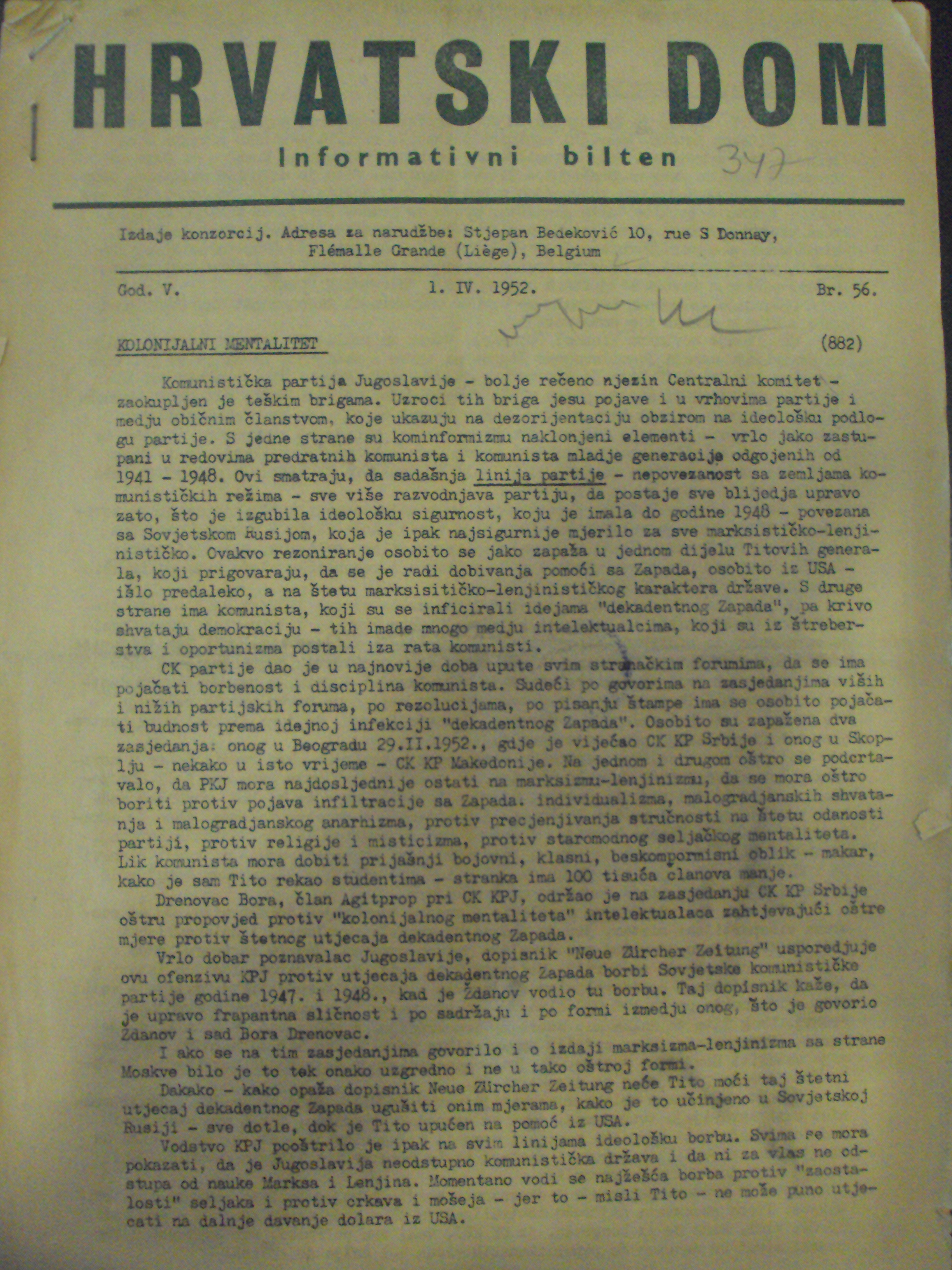 The Augustin Juretić Collection in the Pontifical Croatian College of St. Jerome in Rome consists of written (manuscripts and printed matter) legacy collected by Croatian Catholic intellectual Msgr. Juretić during his life as an émigré from 1942 until his death in 1954. The collection attests to Msgr. Juretić’s cultural-opposition activities against the Ustasha regime and communist ideology until 1945, and against the communist government until his death. Msgr. Juretić, in his cultural-opposition activities, advocated the liberation of Croatia from the totalitarian systems of the Ustasha and communist regimes, and ultimately for the creation of an independent Croatian state based on the Christian tradition and democratic principles.