Example of the newspaper Urbs Paterna 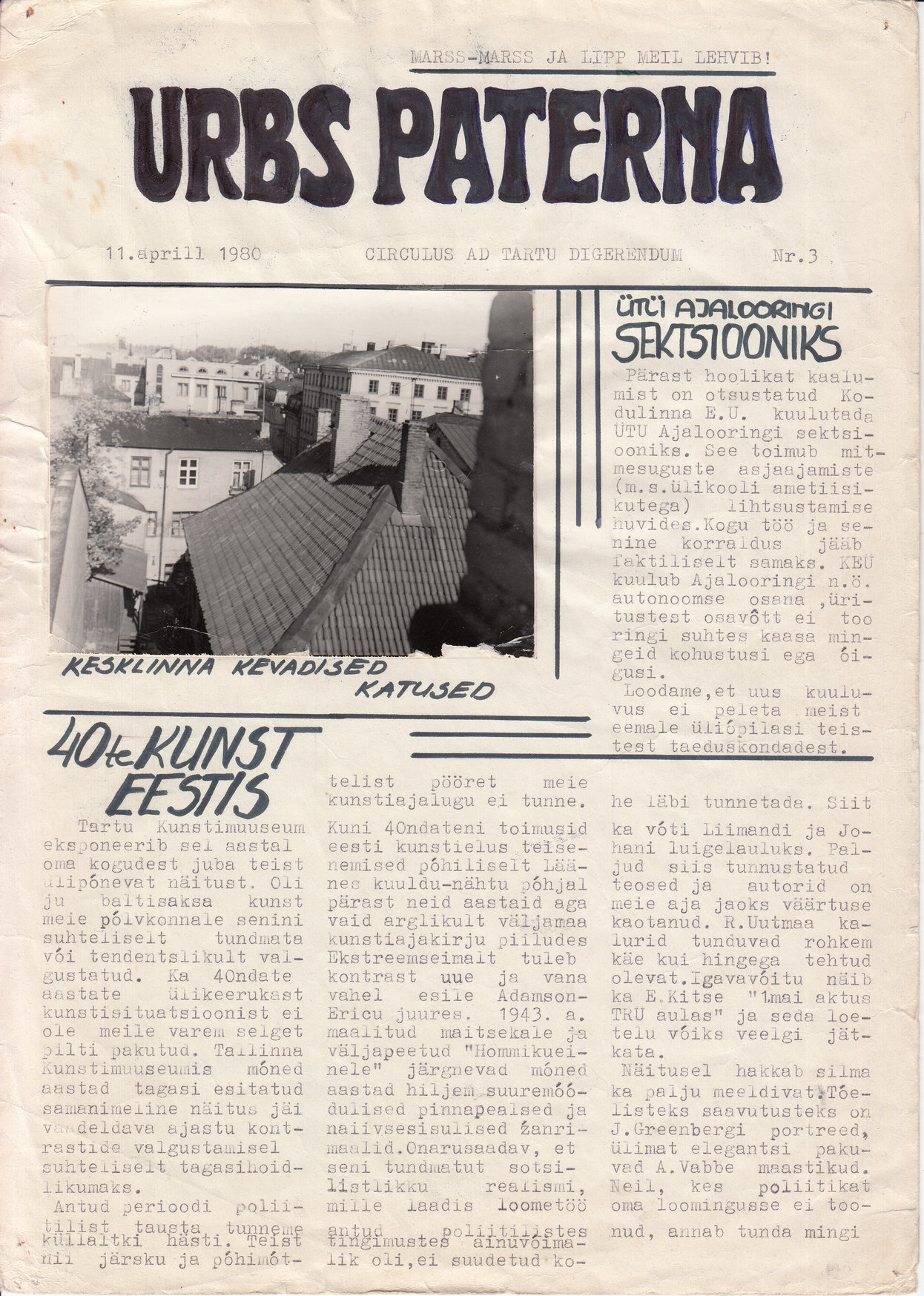 Urbs Paterna was the manuscript newspaper compiled by activists from Noor-Tartu (Young-Tartu). Its first issue bore the name Kodulinna Teataja (Journal of the Hometown). Urbs Paterna was reproduced manually in a few copies, and not all issues have been preserved. These rare copies were passed from hand to hand. In this way, Noor-Tartu also avoided the censor.

This number is the third, and dates from 11 April 1980. This and other numbers do not contain any opposition content, only articles about culture, poetry, and discussions about the movement. It is not known whether the authorities reacted in any way to this issue, for at that time the movement could act relatively freely, and without major restrictions.

Like the entire collection, this particular copy of the newspaper belongs to the core group of Noor-Tartu. It has not attracted wider attention, which is the intention of the current holder of the collection. Only Indrek Riigor briefly mentioned the newspaper in his BA thesis. It is possible that it will be used for research after the collection is given to an institution.