National Archive of the Republic of Moldova

The National Archive of the Republic of Moldova (ANRM) is the most extensive document repository in the country and holds the most representative collection of archival sources in Moldova. In the interwar period, the Romanian administration created a branch of the State Archives in Bessarabia (1918–1925), which was later reorganised into the Chișinău Directorate of the State Archives (Direcția Arhivelor Statului Chișinău). Immediately after the Second World War, the Soviet authorities merged the former Bessarabian provincial archives (which were still holding files that had not been evacuated to Romania in 1944) and the former central archives of the Moldavian Autonomous Soviet Socialist Republic (MASSR). As a result, two main archives were created in 1945: the Central State Historical Archive of the Moldavian Soviet Socialist Republic (MSSR) and the Central State Archive of the October Revolution and Socialist Construction of the MSSR. These two central archives were merged in 1958 under the name of the former. The National Archive in its current form was established in 1990, through the merger of the Central State Historical Archive of the MSSR with the Central State Archive of Photo- and Cinematographic Documents of the MSSR, which had been created in 1977. At present, the National Archive of the Republic of Moldova preserves all the historical archival collections belonging to various administrative, judicial, ecclesiastical, economic, and cultural institutions of Bessarabia during the period 1812–1944, with the exception of collections transferred to the Ukrainian regional archives of Odessa and Chernivtsi/Cernăuţi, as well as certain collections that were evacuated to Romania after 1944. The institution also holds archival materials of the MSSR from the administrative, economic, and cultural spheres, as well as the main administrative archives of the Republic of Moldova, including materials related to the governmental institutions, a number of private collections and personal archives, etc. The documents stored in the National Archive cover the economic, social, political, and cultural history of this area from the fifteenth century to the present. The archival holdings consist of over 947,000 files, grouped into around 2000 archival funds and collections. The archive also preserves a valuable collection of audio-video materials, numbering over 257,000 documents and other related materials. The history of the Moldavian SSR during the period 1940–1941 and 1944–1989 is reflected in several categories of archival documents, including papers issued by central government institutions, ministries, state committees and commissions, judicial organs and the Prosecutor General’s Office, various industrial enterprises, cultural and educational institutions, etc. In 2011, a number of collections formerly held in the Archive of the Intelligence and Security Service of the Republic of Moldova, mostly files dealing with significant and representative cases of opposition to the Soviet regime, were transferred to the National Archive. The transfer occurred as a consequence of the activity of the Commission for the Study and Evaluation of the Communist Totalitarian Regime in Moldova, which recommended it as a means of increasing the accessibility of these archival records. However, the transfer process is still incomplete, while the access of interested researchers and the wider public to these funds remains heavily restricted. 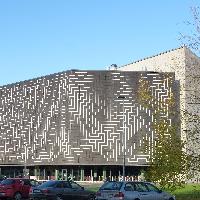 Although the National Archives of Estonia started operating on 1 January 1999, the system of state archives was formed in the early years of the Republic of Estonia. On 3 March 1920, the Commission for Archives initiated the establishment of the Central State Archives in Tartu to preserve documents from historically important institutions, and the State Archives in Tallinn for documents from institutions that were still active.

The National Archives have made great efforts to digitise a large number of archival records which are available on its web page for digitalised archival sources, called Saaga.

The National Archives was founded in 1723 as a governmental archives and developed as such up until the socialist period. In 1949, the Archives became an integral part of a centralized archives structure, and its collecting activities extended over regional governmental organizations as well. A new department was established to manage the records of the communist governmental authorities.

Beginning in 1970. the National Archives played an increasingly important role in representing the post-war communist state. In 1970, the Archives was split into two organizations: a historical archives proper, which preserved all pre-1945 records, and a New Central Archives, which collected government records from 1945 excluding, however, party records.

In 1991, the two sections of the Archives were once again unified, and the National Archives acquired the records of the former Hungarian communist party. This material, together with relevant documents of the Ministry of Education, is crucial evidence to understand the modes of tackling critical culture, alternative culture, and counterculture in socialist Hungary.
lasīt vairāk 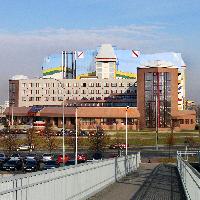 National Archives of the Czech Republic

The National Archives is an administrative institution, central archive of the Czech Republic and budgetary organisation which has been directed by the Ministry of the Interior of the Czech Republic since 1 January 2005. The current director of the archive (2018) is Eva Drašarová. Due to its size and nationwide significance, it is the most important public archive in the Czech Republic. The National Archives provides a whole range of administrative and professional services: it controls the output of file services, chooses archive materials, gives expert information and consultation advice to owners of archive materials and sorts archive materials for both permanent and short-term storage under pre-arranged conditions. It guarantees optimal conditions for archive materials (through their suitable storage, restoration and conservation of damaged archive materials, and the production of security and research reproductions). The National Archives also administers, registers, classifies, arranges and makes accessible the archive materials. The archive organises exhibitions, excursions, as well as research and educational activities. This memory institution also manages a large library, with more than 500,000 books accessible to the general public. The Library of the Archive has the status of a public library.

The institute was founded on 1 October 1954 and was called the Prague State Central Archive until 2004. It came into being through the merger of the Archive of the Czech Lands (also consisting of the Archive of the Czech Crown, containing documents from the royal Přemyslid dynasty and other important archive materials issued before 1935) with the archive from the Ministry of the Interior, founded by transforming a former archive of the stadtholder office. On 1 January 1956, the Central Agricultural-Forestry Archive was incorporated. The creation of a central archive institution brought some new challenges, such as the creation of a unified system of recording archive materials, as well as a change in priorities. The more recent political collections, especially those relating to the Communist Party of Czechoslovakia and the workers’ movement, received priority and became accessible, as did collections of an economic nature and those reflecting the "building of socialism". After the Velvet Revolution in November 1989, the collection of the Central Committee of the Communist Party of Czechoslovakia 1945–1989 has been among the most requested; the collection was handed over to the National Archives (the State Central Archive at that time) in January 1991 following the constitutional act no. 496 from 1990 concerning the return of the property of the Communist Party of Czechoslovakia to the people of the Czech and Slovak Federative Republic.

The museum was founded toward the end of the XIX century due to the efforts of Ukrainian intellectuals, who aimed to create the first museum in Kyiv that was free and open to the public. The building itself was designed by Moscow architect Petro Boitsov in a neo-classical style, which was later revised and carried out by Kyiv architect Vladyslav Horodetskiy. The sculptures decorating the façade were created in the workshop of Elio Salia. The first exhibit opened in August 1899 in honor of the ХІ All-Russian Archaeology Conference, but in a partly constructed building of the Kyiv City Museum of Antiquity and Art. The official opening of the museum took place on December 30, 1904.

After nationalization in 1919, the museum was renamed the First State museum, before becoming the Taras Shevchenko All-Ukrainian History Museum in 1924-1936. In 1936, the institution was once again renamed as the Ukrainian State Museum, becoming the State Museum of Ukrainian Art in 1939. During the German occupation of Kyiv in 1942, the museum was integrated with the Russian art collection, subsumed by the State Museum of East European Art. Once the Red Army retook Kyiv, the museum’s previous status was restored. These name changes reflect not just Ukraine’s complicated past, but also various stages of Ukrainian museum work restoration. For example, the names reflect changes in the museum collection’s profile and the transfer of certain parts of the collection in order to establish other museums in the Kyiv.

In 1994, the institution was renamed the National Art Museum of Ukraine, reflecting its status as the primary repository for Ukrainian art.