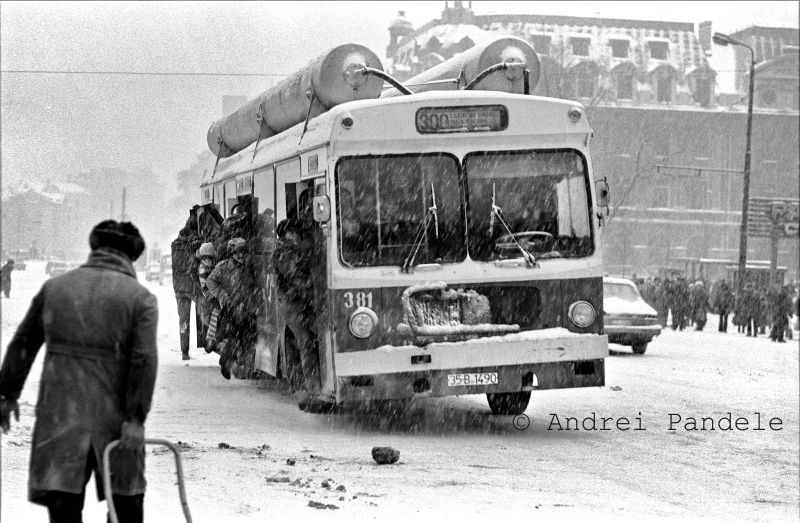 Andrei Pandele’s first major exhibition, organised at the National Theatre by the Order of Romanian Architects with the support of the National Museum of Contemporary Art, had a significant influence on his later trajectory and an unexpected public impact. “I had an exhibition in 2007–2008 that almost changed my life,” he states. “The title was ‘Forbidden Photographs and Personal Images.’ There were 256 enlargements made, 50x75 cm, of which 194 were exhibited on the third floor of the National Theatre, in six rooms totalling 1,642 m2. The exhibition was on public display from 20 December 2007 to 20 March 2008. On the last two days there was a queue at the entrance, and in the rooms a record number of visitors recorded by the National Museum of Contemporary Art. Some of the media considered it the cultural event of the year.” On another occasion, Andrei Pandele has said about the same exhibition: “I had impressions written by various categories of people. Some absolutely shocking. For example, I’d never seen children writing comments before. Well, this time there were at least five or ten. One comment went something like this: ‘I’m Nelu, I’m eight years old. We liked it. I’m writing, Mum is crying.’ A comment of a different sort was: ‘My childhood on the walls.’ The third sort went: ‘Shame on you. You have denigrated your country! We wanted something good.’ Unsigned” (Adevărul, 2008). Indeed the photographs presented publicly in the exhibition “Forbidden photographs and personal images” and published the same year in a volume of the same title, are records of everyday life in the last years of communism in Romania that are shocking for those who did not experience those years and very affecting for those who lived through those times of crisis. They reflect the absurdity of the everyday mutilated by shortage, the arbitrariness of the destruction of Bucharest, the reduction of human life to a quasi-animal existence. Almost two decades after the Revolution of 1989, the photographs in the exhibition reminded visitors not only of the inhuman nature of the Ceaușescu regime, but also of Romania’s difficult emergence from communism.