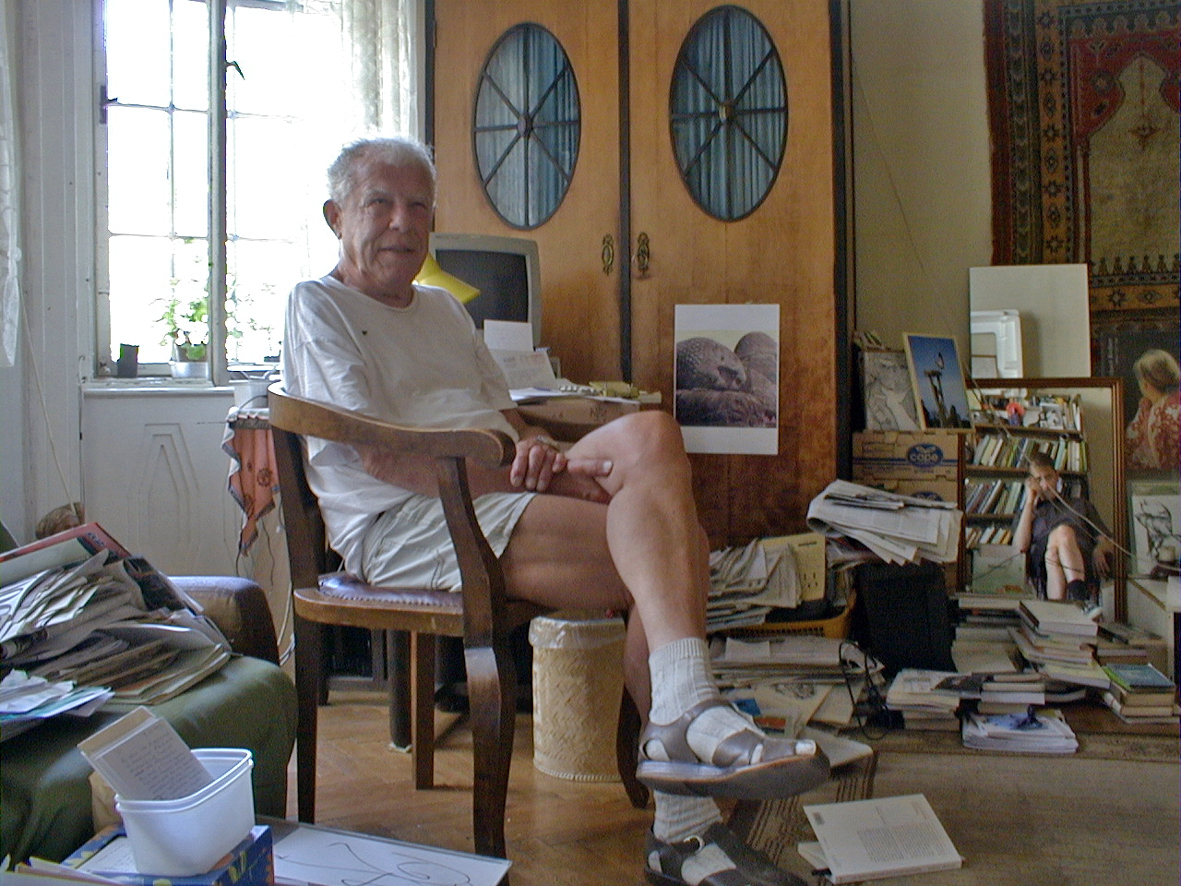 Poet, philosopher, architect, urbanist. After graduating with a degree in architecture, he became a disciple of philosopher Béla Hamvas. A few years later, they participated in a series of conversations with Béla Tábor and Lajos Szabó, which made a strong impact on him, and he choose Szabó as his new master. He got a serious infection in 1948, and his arm was paralyzed.

Following the failed Hungarian revolution in 1956, he emigrated with his family (and also with Szabó and his wife) to Brussels, where he studied architecture and urbanism. According to his wife, he preferred conversations to letters, and more than once, triggered by a book, he would locate the author, travel to his home, and ring the bell. This seems to have been the case with Guy Debord in 1960.

Kotányi became involved with the Situationist International (SI) in 1960, the same year he became director of the Bureau of Unitary Urbanism in Brussels. He participated in the group’s conferences held in September 1960 in London, August 1961 in Göteborg, and November 1962 in Antwerp. He was appointed to the Central Council of the SI; he participated in the first four sessions held in November 1960 in Brussels, January 1961 in Paris, April 1961 in Munich, and February 1962 in Paris. Kotányi served as the main editor of issues 5, 6, and 8 of Internationale Situationniste, as well as the inaugural issue of Situationistik Revolution, published in October 1962.

He contributed a number of seminal essays to the journal, including Gangland and Philosophy, 1961, Basic Program of the Bureau of Unitary Urbanism, 1961, co-authored with Raoul Vaneigem, and Theses on the Commune, on which he collaborated in 1962 with Debord and Vangeiem. In the summer of 1963, he submitted a proposal (as a private letter) with the outline of a radical reorientation for the movement. The text and he himself were accused of mysticism by Debord, and as a consequence, he was expelled from the group.

Kotányi then relocated to Germany, where he worked as an urbanist and later taught for over a decade at the Dusseldorf Art Academy (the title of his seminar was Anti-architecture). In the 1990s, he returned to Budapest, where, as a series of lectures held at his apartment, he elaborated his Sabbath theory, a call for a radical suspension of activity. A circle of students and young intellectuals gathered around him during these final years.