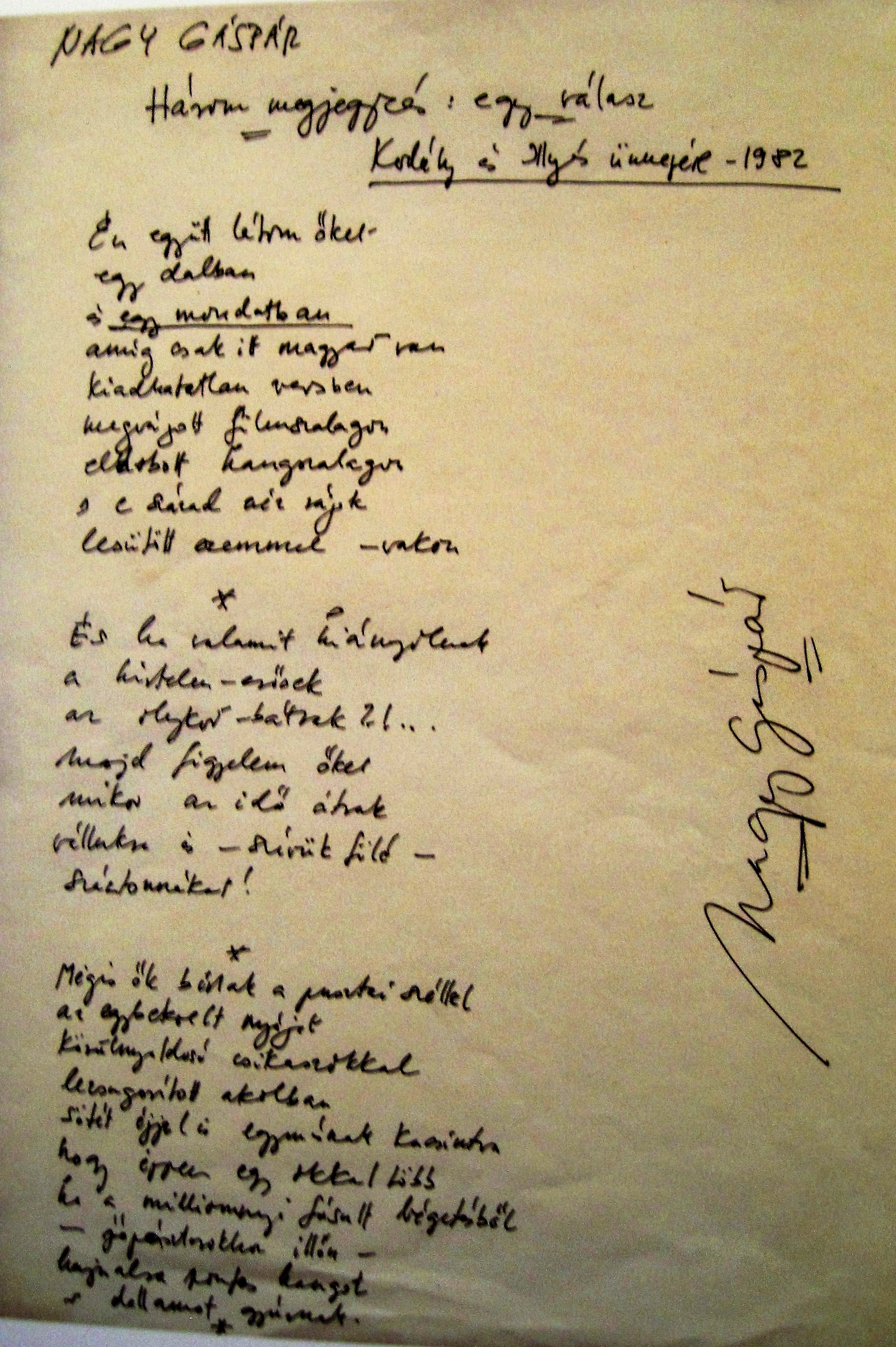 The poem Három megjegyzés: egy válasz (“Three Comments: One Answer”) was supposed to appear in the November 1982 issue of the journal Tiszatáj. This periodical was published in Szeged. In the 1980s, it was the object of considerable attention, including the scrutiny of the authorities, as it was exploring the limits of censorship. It repeatedly published works that were barely tolerable to the party. Gáspár Nagy’s poem commemorating composer Zoltán Kodály’s 100th birthday and poet Gyula Illyés’s 80th birthday had been prepared for publication, but in the last minute it was removed at the order of deputy minister of culture Dezső Tóth. It was censored because it unambiguously referred to Gyula Illyés’s poem Egy mondat a zsarnokságról (“One Sentence on Tyranny,” 1950-51). Illyés’ poem had been written at the highpoint of Hungarian Stalinism under Mátyás Rákosi, but it was published during the 1956 Revolution and became closely associated with it.