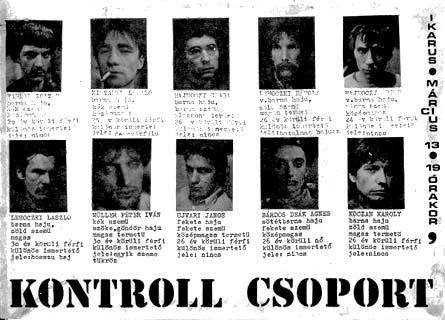 Szőnyei found this poster while wandering in Budapest in 1983. He was immediately captured by the originality of the work displaying members of the band Kontroll Csoport as if they were wanted by the police. Below their photos, a few “distinct characteristics” are listed. This was obviously a sarcastic, provocative message for the political power. At the time Szőnyei was not aware that this part of the poster was originally covered by another orange layer stating "Strictly Confidential!" that further added to the play on meaning.