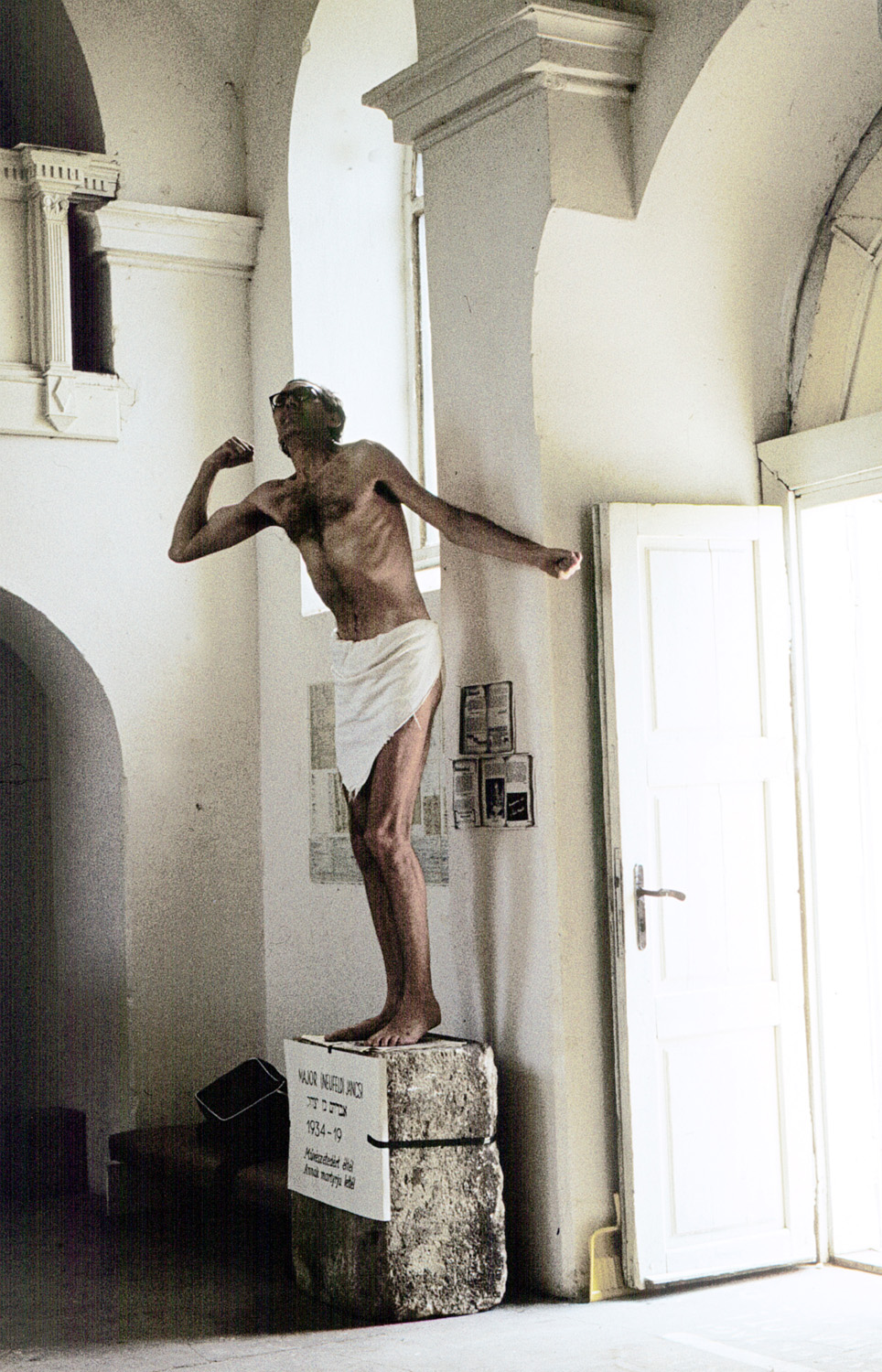 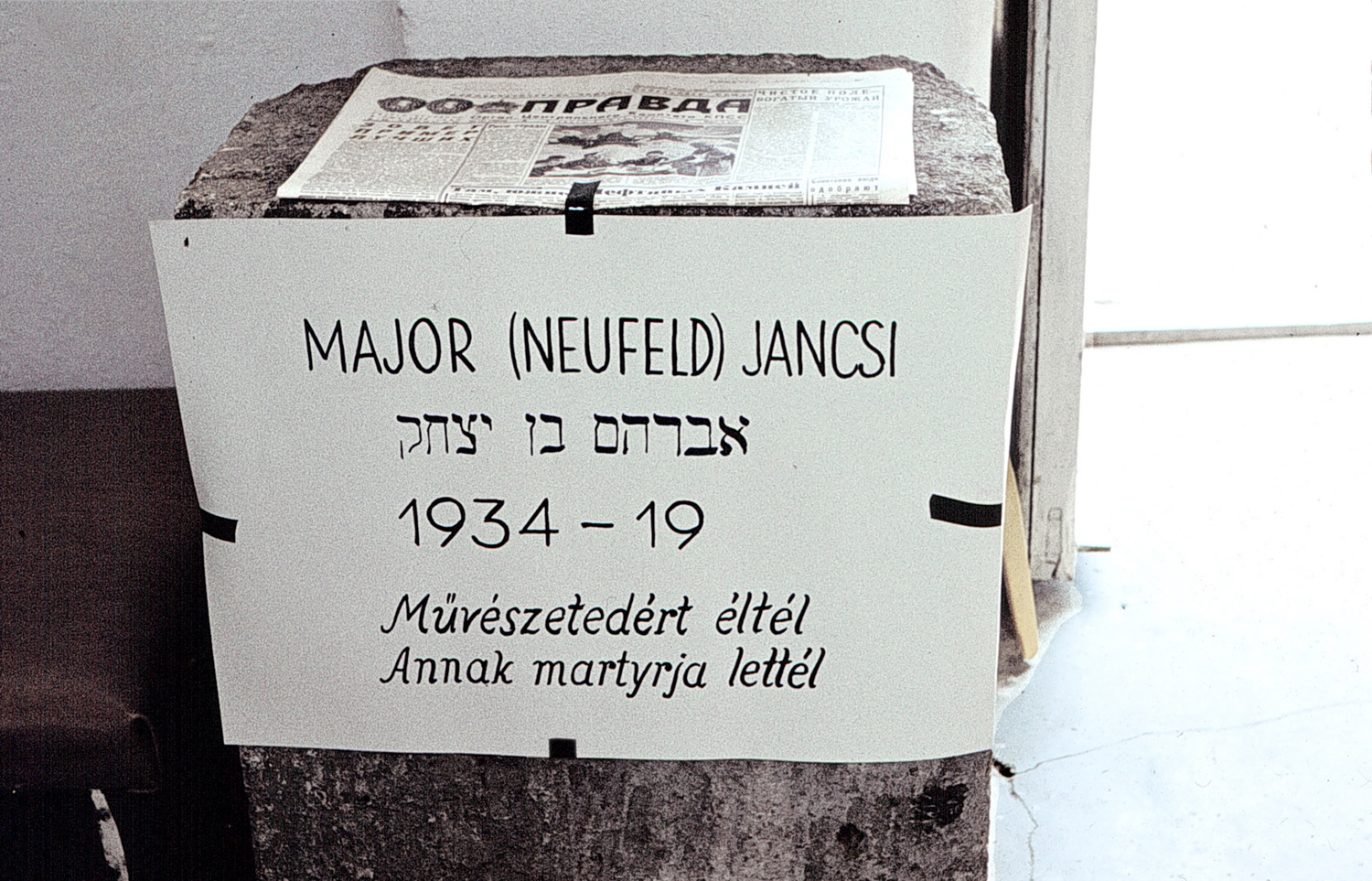 János Major started to document tombstones as photo actions towards the end of the 1960s. These works not only served as the basis for Major’s conceptual artworks in the 1970s, but also for his only body art work performed at the Chapel Studio. The action Living Tombstone (the title was given by Galántai) took place in the frameworks of the exhibition organized between June 24 and July 7, 1973 with artworks by Miklós Erdély, György Jovánovics, and János Major. During the action, Major stood on a stone block, which served as a pedestal with an inscription on it: “MAJOR (NEUFELD) JANCSI / 1934-19.. / You lived for art / You became its martyr.” An issue of Pravda, the newspaper of the Soviet party, lay under his feet. The self-ironic action (the artist as the artwork) can be considered a continuation of Major’s ironic etchings and tombstone photos, being broadened to a “self-art” piece.